Boy detained in Saudi Arabia after dancing the Macarena

After being filmed performing the dance in a crosswalk, a 14-year-old has run afoul of authorities 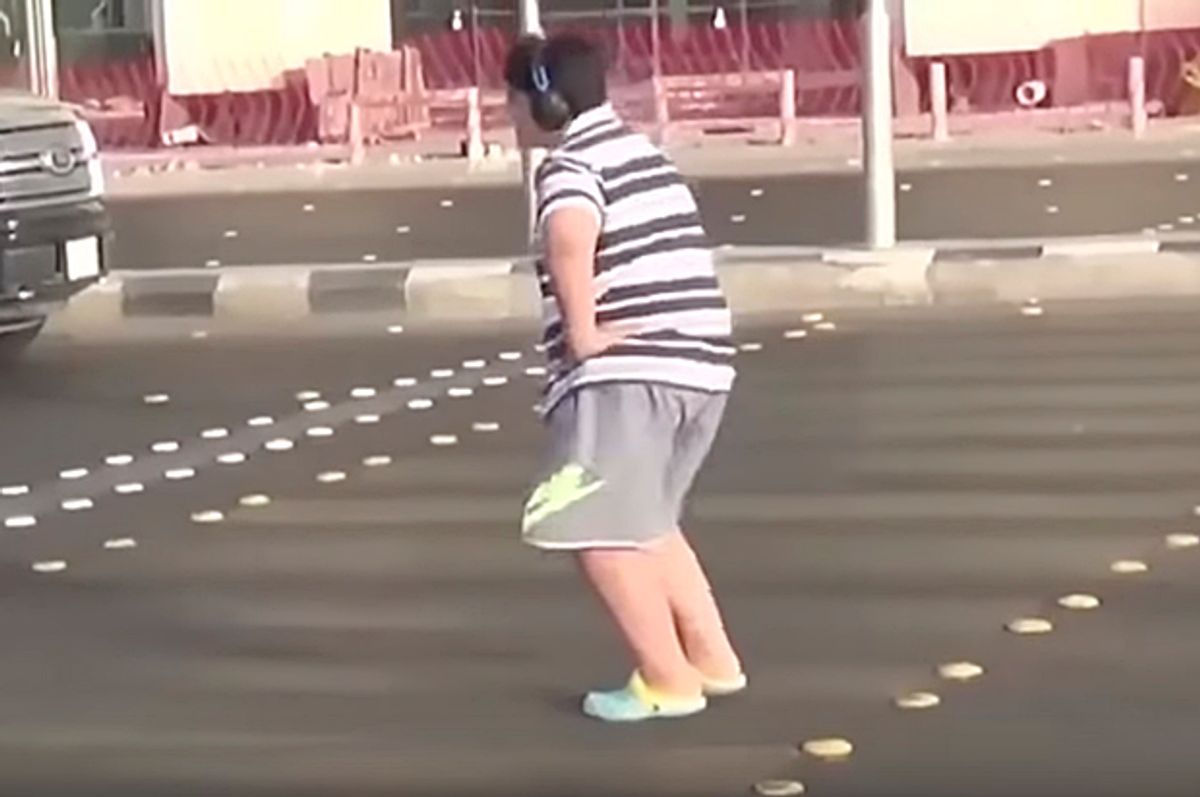 Boy, 14, detained in Saudi Arabia after dancing the Macarena (Youtube)
--

Saudi authorities have detained a 14-year-old boy for "improper public behavior" after a viral video of him dancing in a crosswalk surfaced online.

The video shows the unnamed teenager wearing earphones and dancing the "Macarena" — a dance associated with the 1990s pop hit of the same name — in the middle of a crosswalk in Jeddah, Saudi Arabia. Given that the boy temporarily stopped cars from moving through the crosswalk, he is also being detained for impeding traffic.

Initially, social-media users in Saudi Arabia and across the globe hailed the teen's public dance online. For some, it was an example of simple, innocent fun. Others may have interpreted it as somewhat of a minor stand against the culturally and religiously conservative regime of the Muslim monarchical state.

Apparently, the viral success of the video came to the attention of authorities, who have taken the boy into custody. It is not clear if the investigation will result in formal charges or if the unnamed, unseen person who filmed the video is also in detention or being sought by authorities.

While silly and innocent in the eyes of many, the moment is nonetheless a controversial one in the famously conservative state. Public appearances of Western clothes, music, manners and, yes, dances are not only considered irreligious by the regime in specific forms, but may also face restriction under the law. As many have reported in the wake of this news, Saudi authorities also arrested native actor and musician Abdallah Al Shaharani earlier this month for performing the "dab" — a Western dance move — onstage at a concert.

Overall, Saudi law is particularly restrictive and often brutal when it comes to the rights of women. Not only are many forms of dress subject to law, but women are still banned from driving cars or appearing in public alone. Violations are often met with direct intervention by police or by squad deputies brandishing (and using) truncheons.