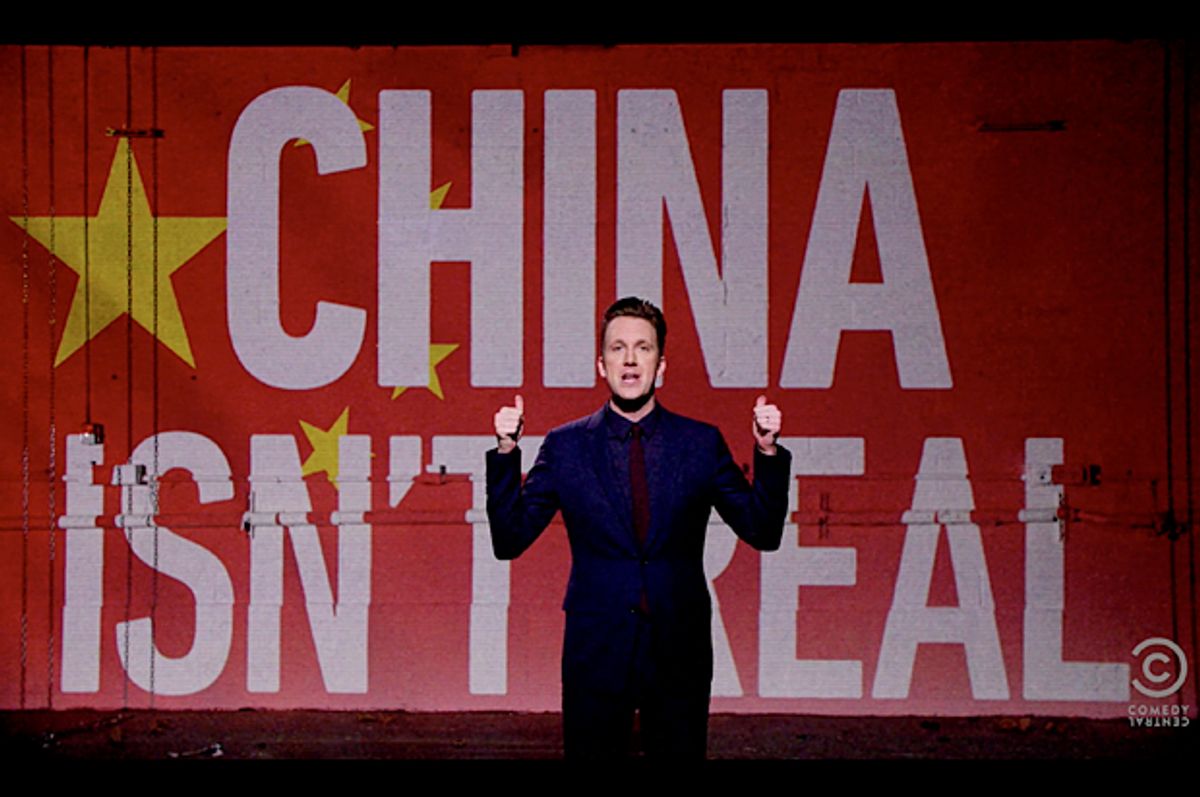 The news that Jordan Klepper, a correspondent from Comedy Central's "The Daily Show" was getting his own spinoff series at the network was confirmed last month.

Today brings us the first official trailer from what promises to be a very shouty series. "Attention couch soldiers, they're lying to you," Klepper says in the preview. "The mainstream establishment is poisoning your mind." He stares at the camera intensely. The accompanying music is dark and violent. It may trigger Infowars flashbacks.

The 48 second trailer seems to reinforce Comedy Central's original statement on what "The Opposition with Jordan Klepper" would accomplish. According to the statement published on Deadline, "The Opposition" will "satirize the hyperbolic, conspiracy-laden noise machine that is the alternative-media landscape on both the right and left. The Opposition is the voice of the new America. It is the America that defines its own reality. It’s the America of paid protesters, Obama’s birth certificate, and the certainty that CNN is fake news."

"They say global warming is made by man. I say, it's probably why we earn 30 cents more on the dollar," Klepper says. "They say our children should learn Chinese, I say China isn't real! No one I know has, like, ever been there and I know like a ton of people."

Klepper got his start on "The Daily Show" in 2014 and has worked under Jon Stewart and Trever Noah, so it's fitting that "The Opposition" premieres September 25 and weeknights thereafter at the 11:30 time slot, right after "The Daily Show."