The rise and fall of jerks: Why mean guys get ahead — at first 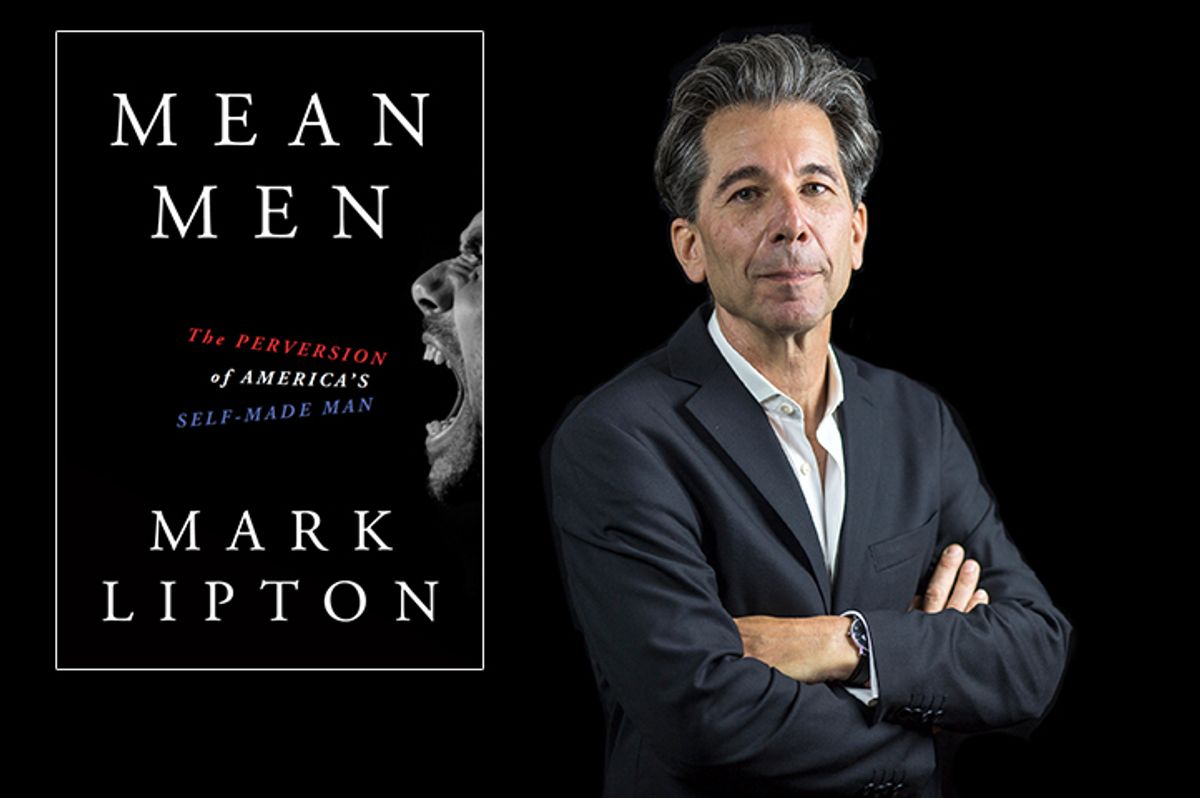 Mean men are everywhere — offices, boardrooms, even the White House. But why are these men so successful? Author Mark Lipton has some answers. His new book "Mean Men: The Perversion of America's Self-Made Man" explores how our culture celebrates mean men in various work environments and the long-term effects of their behavior. Lipton argues that the initial success of mean men is often fleeting and they "ultimately destroy brand value, drive away customers and impact the bottom line."

Lipton recently appeared on "Salon Talks" with Salon's Alli Joseph about the consequences of the value workplaces can place on meanness and its effect on women.

Here are some highlights from their conversation. Watch the video for more on mean men in the workplace.

On Silicon Valley and its inability to see value in women:

I think part of it is a cultural piece where, while we think of tech folks as kind of mild-mannered geeks, there are ripples of this toxic masculinity that are in tech as well, and the need to protect that. If you bring women into power and positions where they have authority, [men are] threatened by that. They're very threatened. So, it may seem inconsistent to think of tech as having toxic masculinity, but it is.

On the effects mean men have on women in the workplace:

On who's most vulnerable to the dangers of mean men:

I want to be really careful here, but there are certain personalities of people who actually are somewhat drawn to mean men, but are much more vulnerable. I'm not labeling women with these characteristics; it's all of us, but we need to be mindful that mean men can be more devastating to people whose personalities have some self-doubt in it. Where they like to avoid conflict, they're really allergic to conflict. They have high needs for approval, [and] stay far away from anger. So the result — man or woman — in the face of a mean man [they] will just shrink.