Why does Paul Ryan keep getting elected? 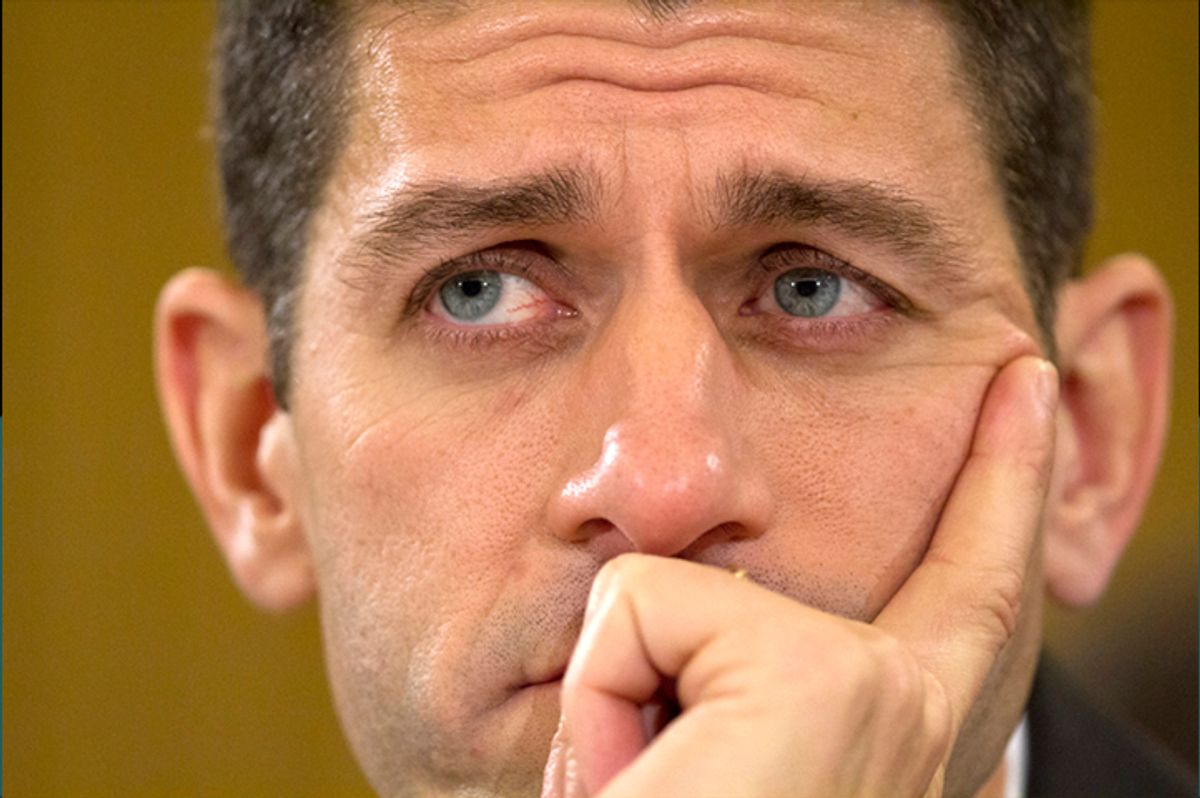 On Monday night, Speaker Paul Ryan returned to his home district in Racine, Wisconsin for a town hall event organized and broadcast on CNN.

The questions came pre-screened from CNN's Jake Tapper, as well as from members of the audience. Ryan spent most of his time on the defense, as he was asked about President Trump's rhetoric on Charlottesville, and in general, how he plans to hold the president accountable.

But after a Dominican nun asked Ryan if he will stand with "the poor and working class," Ryan resorted to his usual talking points on poverty: "Our poverty rates are about the same as they were when we started this war on poverty 32 years ago," he said. "What I think we need to do is change our approach on fighting poverty instead of measuring success based on how much money we spend or how many programs we create or how many people are on those programs, you know, measuring on inputs."

Salon's Jeremy Binckes and Amanda Marcotte broke down Ryan's answers and his appeal to conservative voters.

Amanda Marcotte on why Paul Ryan keeps getting elected:

He's in a district full of conservative voters. This is not rocket science. Why are people conservative? It's often that they don't want to pay taxes for people that they see as undeserving of help. And often the lines for what is considered deserving and undeserving are racial in this country. I think that really goes back to why Paul Ryan can't really resist Donald Trump that strongly.

Marcotte on the racial codings of Paul Ryan's talking points on poverty:

I don't know if Paul Ryan is personally racist, but this whole notion that we shouldn't be paying for food stamps, that we shouldn't be paying for Medicaid, these social welfare programs that have time and time again actually shown that they get people on their feet, so that they can get to work — that most people actually do want to work — time and time again we see that these programs are bashed, in this kind of language, not because it's true, but because it's a way to gloss over what is really motivating the conservative voter. They don't really care if you work or not, it's actually more about this notion that white people are somehow subsidizing lazy black people on welfare, and Paul Ryan doesn't want to put into those terms. But Donald Trump will. But [Ryan's] still appealing to the same voter, he just wants to be a little bit more polite about it.

I think we also need to consider that it's been four real election cycles for Paul Ryan as the Speaker. In 2010 he came on as the young gun. There was the 2010 wave election. He held on in 2012; 2014 and 2016 were both elections that were favorable to Republicans overall. Remember 2012 was sort of an election that was favorable to Republicans down in the ballots, just that Obama won overwhelmingly. This is going to be an interesting mid-term election. It's going to be an election where [voters will ask] has anything been done?

Amanda Marcotte on the 2018 mid-term elections:

I'm curious, now that I say it that way; I realize there is a possibility there will be split tickets or that a lot of people that don't like Trump will not hold Republicans accountable for him. It does seem like there's a lot more going on in the system where people aren't quite as partisan as they use to be.