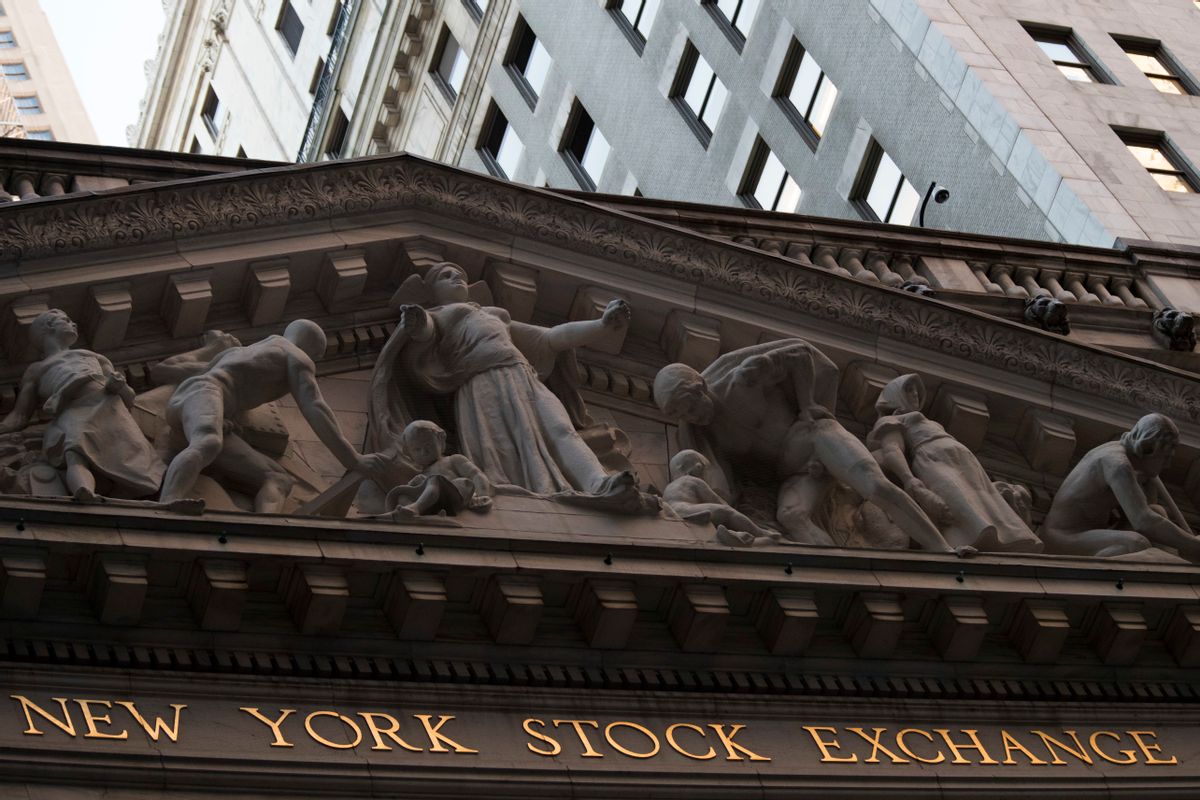 Stock market indices may be reaching record highs, but according to financiers, the good times may be coming to an end.

Workers at major financial firms are predicting that another recession is on the horizon, Bloomberg is reporting:

Analysts at the Wall Street behemoths cite signals including the breakdown of long-standing relationships between stocks, bonds and commodities as well as investors ignoring valuation fundamentals and data. It all means stock and credit markets are at risk of a painful drop.

Today's situation is drawing comparisons to the financial bubble in 2007 — the year before the worst recession since the Great Depression:

“These low macro and micro correlations confirm the idea that we’re in a late-cycle environment, and it’s no accident that the last time we saw readings this low was 2005-07,” Sheets wrote. He recommends boosting allocations to U.S. stocks while reducing holdings of corporate debt, where consumer consumption and energy is more heavily represented.

Sheets is joined by Savita Subramanian — the head of Merrill Lynch's U.S. equity and quantitative strategy — who also notes the similarities to the financial situation a decade ago:

[Subramanian] signals that investors aren’t paying much attention to earnings is another sign that the global rally may soon run out of steam. For the first time since the mid-2000s, companies that outperformed analysts’ profit and sales estimates across 11 sectors saw no reward from investors, according to her research.

It's worth taking these predictions with a grain of salt, as economists don't have a great record of predicting economic change. Indeed, in 2009, Nobel-winning economist Paul Krugman famously castigated his colleagues for their "blindness to the very possibility of catastrophic failures in a market economy."