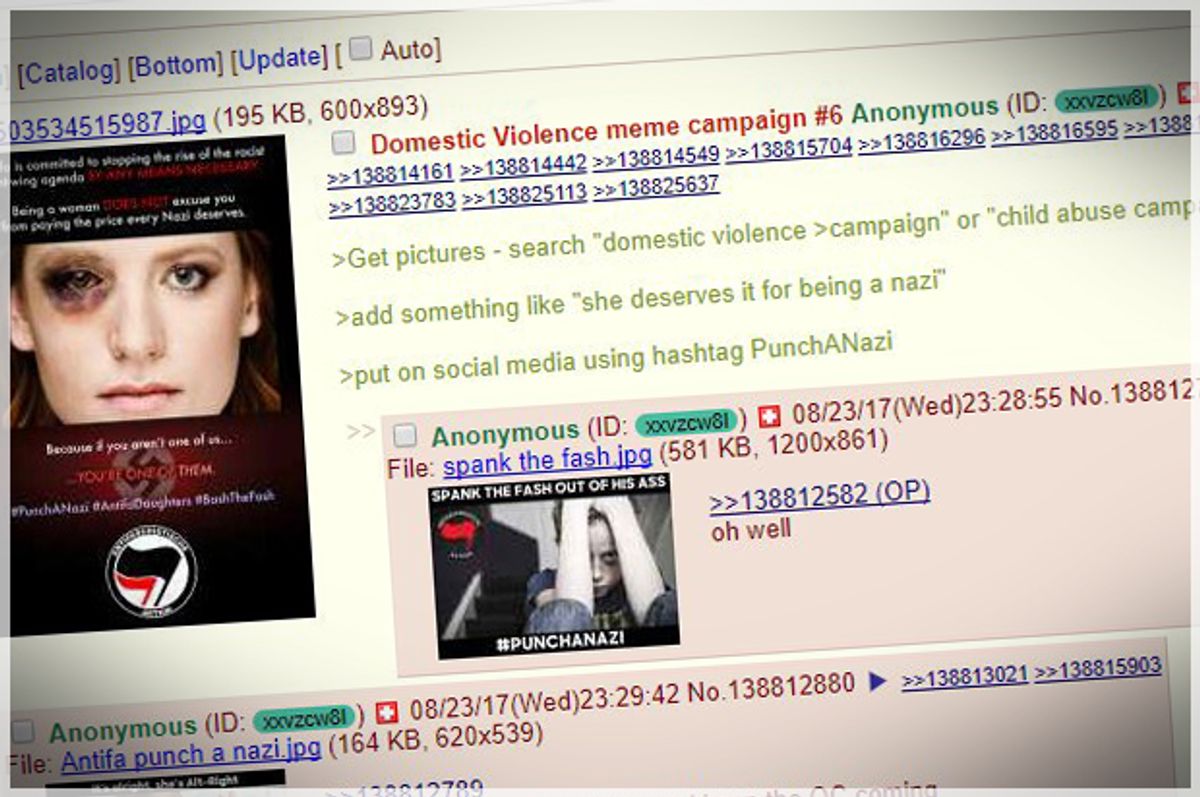 Reportedly, "alt-right" activists have been using masked Twitter accounts and doctored photos of battered women to run a smear campaign against the antifa movement.

According to The Daily Dot, internet trolls from the infamous, often racist and misogynist online forum 4chan have created a social-media campaign to brand members of the loose, ersatz anti-fascist movement as domestic abusers. The hoax campaign targets far-left groups that have been on the rise since the advent of Trump's presidency and especially vocal since the horrific events in Charlottesville.

Eliot Higgins, a researcher from the investigative news site Bellingcat, uncovered the smear campaign after finding a 4chan thread outlining their plans.

The original post surfaced on 4chan’s message board when an anonymous user encouraged others to tag pictures of domestic violence, especially on white women, with the line "its ok, she's a nazi." The thread suggests using white women in this way would garner more support from those opposed to, and on the fence about antifa groups. To further this argument, one user urged participants to add hashtags like "#PunchWhiteWomen" and "#RacistWhiteWomen" on all of their tweets.

A thread debating whether or not they should include photos of child abuse decided against it, as it would be "too obvious." Another user justified the campaign by falsely claiming "ANTIFA calls for beating women and children as long as their white."

Most commenters contributed to the thread by creating memes with slogans like "She says 'Heil Hitler?' We say 'Hell, hit her!" and "We put the 'pet' in Trumpette" in front of photos of women being abused emblazoned with the antifa logo.

Other users tried to make the effort even more widespread, taking their hate campaign offline. One commenter claimed to have emailed news outlets to see "if theyll take the bait," as they pretended to be an antifa activist.