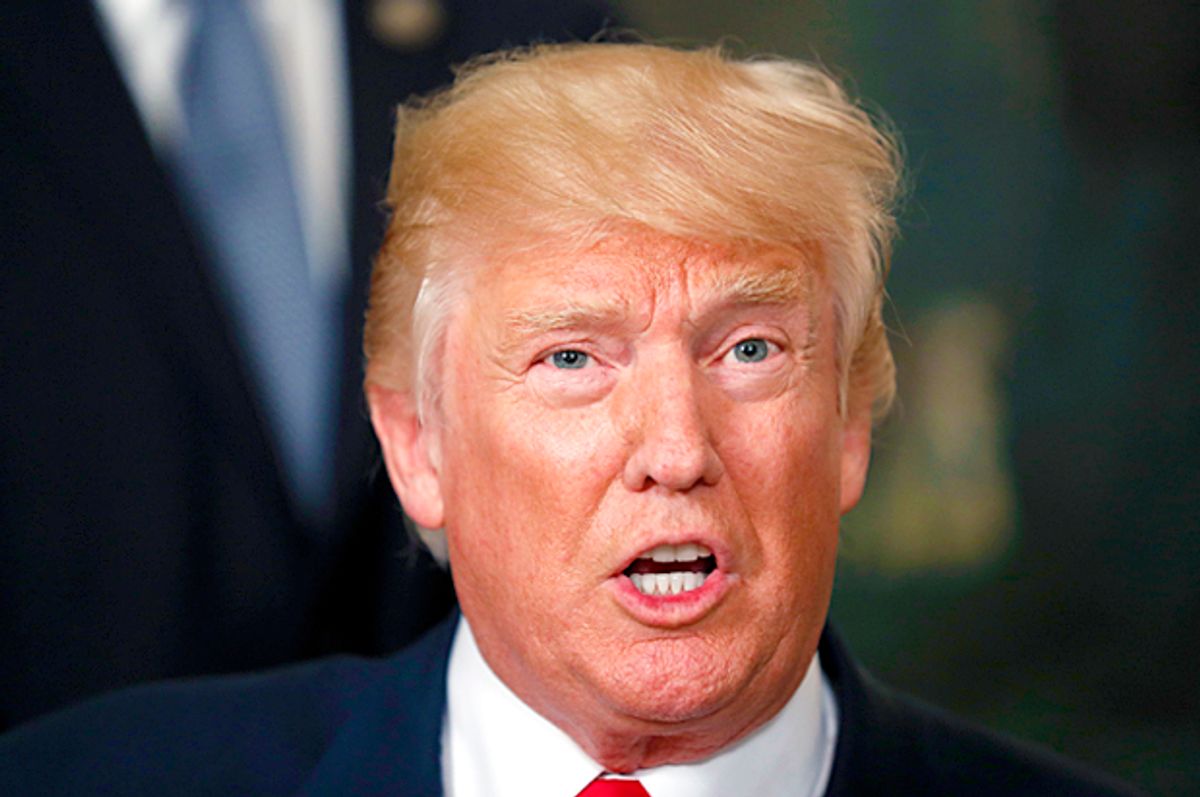 President Donald Trump seems to be putting more effort into Twitter and the White House renovations than in the debt ceiling and his legislative agenda.

That became obvious Thursday morning when Trump took to social media to slam Republican leadership and the media. The president again complained about the GOP's stalled legislation, this time pinning it on House Leader Paul Ryan and Senate Majority Leader Mitch McConnell.

Instead of explaining his policy proposals to the American people, Trump has gone around the country furthering the cultural divide between Republicans and Democrats. His speech in Phoenix Tuesday barely touched on his economic agenda and made no reference to the debt ceiling. Trump did, however, have a lot of words to say on the "obstructionist" Democrats and the flack he has received for his inadequate response to the Charlottesville protests.

When Trump does actually speak about policy and his legislative agenda, the content always lacks substance — and is always filled with complaints. Many political commentators noted during the health care debate that Trump did not even try to sell the Republican bill to repeal the Affordable Care Act. He tweeted assurances to Republican congressmen that he supported the bill and Obamacare's demise, but he did not try to win over the American people, a majority of whom expressed disappointment in the GOP's legislation.

Now Trump is taking that loss out on McConnell, intensifying the feud between the two most powerful Republicans.

But Trump has taken almost zero interest in the policy details about the debt ceiling — at least publicly. He has been more involved in the White House renovations.

“A lot of this was (Trump’s) influence. He wanted to bring back the luster and the glory of the White House," a White House official told CNN. "He wanted to enhance a lot of things, for instance, the infrastructure. He was kind enough to leave for the vacation time period because it was really a working time. "It wasn’t very easy but he definitely supported us in saying, let’s get the HVAC ready, let’s get the electrical supplies ready, let’s fix those portico steps that have not been touched since Truman.”

The White House renovations haven't been Trump's only distraction. Apparently he has time to peruse Twitter. On Thursday, he retweeted a bizarre meme that suggested Trump had eclipsed former President Barack Obama.

There's a tropical storm bearing down on Texas right now and could bring record-breaking floods as a hurricane. But the president hasn't said a word about it. Think about what it means about his priorities.