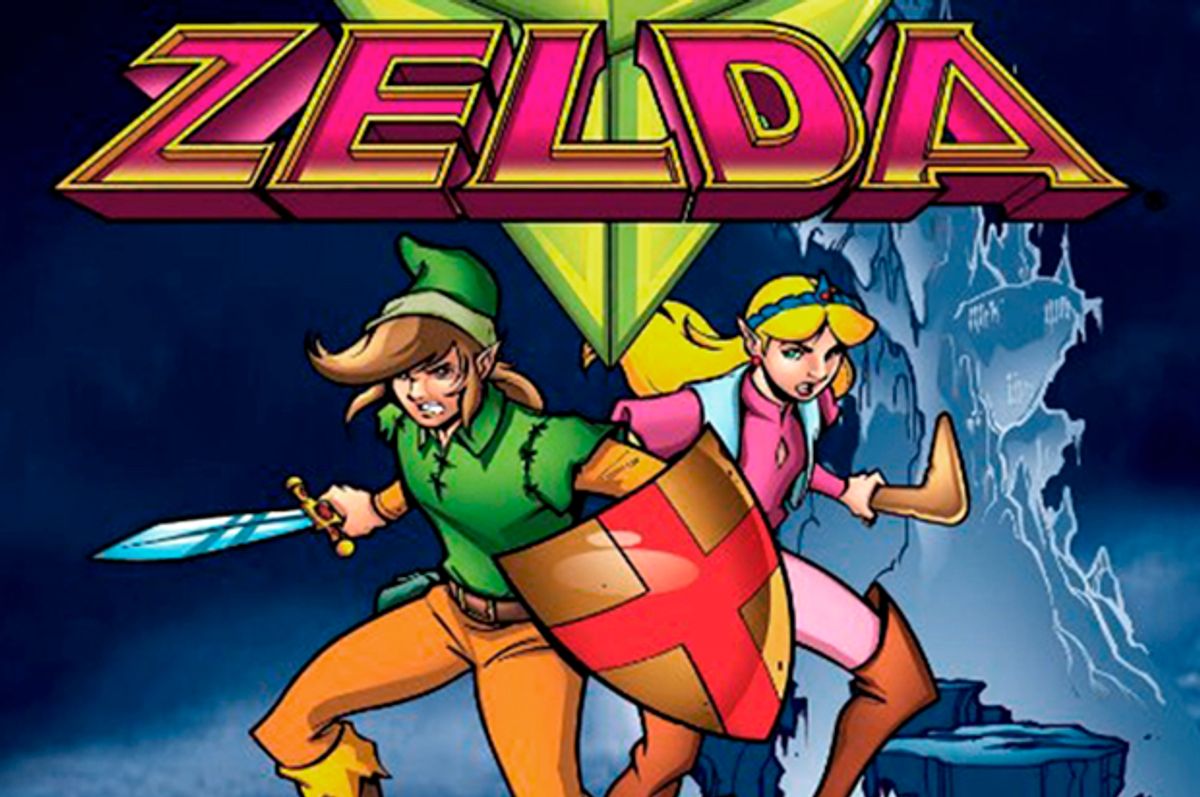 Just one day after keen eyes revealed that right-wingers used both a '90s sitcom starring Margaret Cho and fidget spinners to forward their message, it appears that the GOP has again reached into the cultural toy bin and found only its own incompetence.

A now deleted post on the official website of the House Republicans titled (wait for it) "What Do the Legend of Zelda and the Tax Code Have in Common?," the GOP attempted to answer that question, regardless of the fact that no single human being had ever asked it.

The Legend of Zelda series is Nintendo’s best-selling video game franchise enjoyed by more than two generations of gamers. The action-adventure game was released in 1986, only one year after Nintendo’s founding in 1985.

And you know what else was released in 1986? Yeah, you do. The last major reform to the American tax code was signed into law in 1986.

The supposed joke here is that it's been a long, long time since a "major reform to the American tax code". The real joke is that almost none of the above is true.

While it is true that the original "The Legend of Zelda" cartridge game debuted in 1986 (February 21 to be exact), Nintendo's "founding" was not in 1985. Rather, the company that would eventually become a digital-entertainment giant came into being in 1889 (September 23 to be exact) and moved into video games in the early 1970s.

The Nintendo Entertainment System, the gaming console on which fans played "The Legend of Zelda," arrived in the U.S. in 1985, though it was based on a system that appeared in various international markets in 1983.

As well, "The Legend of Zelda," while a massive hit for Nintendo that has spawned multiple sequels and become iconic to many, is not Nintendo's "best-selling video game franchise". As beloved as "Zelda" is, that honor goes to the extended world of "Mario Bros." titles.

As Mashable reports, Twitter users aware of gaming history were simply not having it.

Finally, and most importantly, there's this: While no single piece tax-reform legislation has been as "major" as Tax Reform Act of 1986 in the 30 years since its signing as the post claims, that doesn't mean that the tax code hasn't been under constant reform. On balance, the number of changes to the tax code over the last three decades dwarfs the Tax Reform Act of 1986 in volume of changes if not in significance.

And this brings us to the last element of questionable truth here. One of the most notable and consequential elements of the Act was the reduction of top tax rate from 50 percent for high-income individuals to around 28 percent and the raising of the tax rate for the lowest-income individuals from around 11 percent up to 15 percent. At the time, this was made revenue neutral by cutting the number of personal and corporate tax loopholes and raising the corporate tax rate.

Arguably, the effects of the Act are becoming more and more pronounced every year as the financial gap between the ultra-wealthy and working-class continues to grow at an alarming pace. These effects have been compounded by decades of GOP policies that have either increased or protected various tax loopholes, lowered taxes on the wealthy even further, raised taxes on low-income individuals when possible, cut the corporate tax rate, offered large companies exemptions and subsides and artificially suppressed the minimum wage.

In short, the GOP is campaigning for an more damaging reform of an already highly damaging tax code, an idea so bad and harmful to its own base of voters that the best argument for it is that the general policy it wants to augment is as old as a popular '80s video game . . . and it couldn't even get that right.