Exposure to thiamethoxam made queens 26% less likely to lay eggs, and therefore to found a colony. 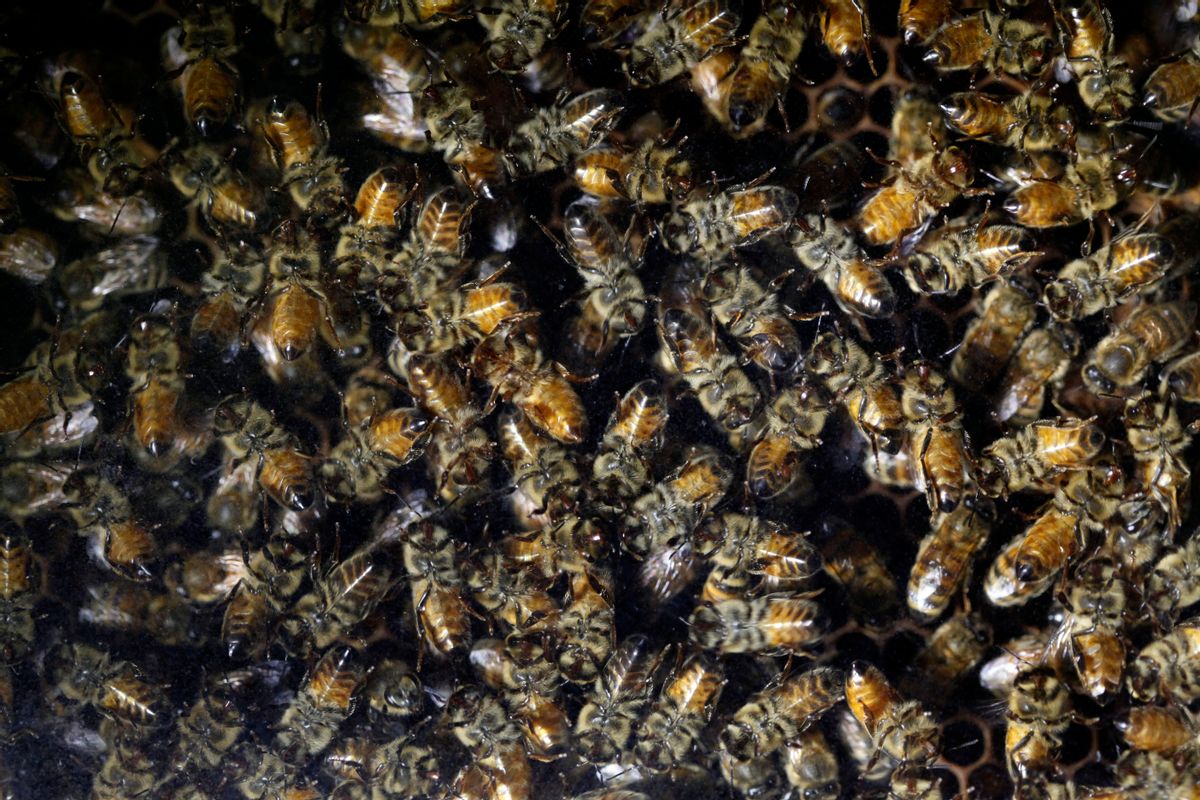 Bumblebee queens are a common sight on a spring day, their large furry bodies flying industriously from flower to flower. At this point they will have just awoken from a long hibernation — the much smaller worker bees die off each year, leaving the new queens to survive winter alone. Eating nectar and pollen from these flowers is therefore essential for the queens to build up their energy and fat stores. Once they are fully restored, which can happen within a few days, the queens will look for a nest-site, perhaps an abandoned mouse nest, where they will build up a honey pot and pollen stores prior to laying eggs and founding a new colony of bumblebees.

While this all sounds fairly easy — how hard is it to find flowers in the spring, after all? — the colony-founding stage is actually the most stressful part of the bumblebee lifecycle. Bad weather, starvation, and predators like great tits mean the queens often fail to make it through the winter. The last thing they need is another challenge. But recently, a new potential threat to bumblebee queens has appeared.

Neonicotinoids are a class of insecticides that are used on agricultural crops and in gardens to control insect pests. Unfortunately, as well as controlling insect pests, numerous studies have shown that they can also damage beneficial insects like bumblebees. This is because neonicotinoids get into the nectar and pollen of both the crops and the wildflowers that grow nearby, and so into the food of bees.

The European Union imposed a moratorium on their use in crops attractive to bees back in 2013, and similar restrictions are being considered by nations around the globe. During this moratorium, scientists are trying to find out how neonicotinoids affect bees, so we can make evidence-based decisions about their use.

Given the importance of queens and the colony-founding stage in bumblebees, colleagues and I decided to investigate whether exposing queens to neonicotinoids would lead to a reduction in egg-laying and subsequent colony founding. Our results have just been published in Nature Ecology & Evolution.

Gemma Baron, the PhD student who led this work, first gathered evidence that bumblebee queens were collecting nectar and pollen from both oil-seed rape — a major neonicotinoid crop and one very attractive to bees — and from wildflowers growing nearby. This meant queens could be consuming these insecticides in the wild. However, to determine the impact of such exposure, we had to turn to the laboratory and the computer.

After mating hundreds of queens in the lab, she then put them through an artificial hibernation in a fridge, before placing them in a special bumblebee rearing room. Half of these queens were given a neonicotinoid, thiamethoxam, in nectar at concentrations and quantities they could experience if foraging in and around crops treated with the chemical. The other half were given uncontaminated nectar. Both groups were given as much pollen as they wanted.

Egg-laying by these queens was then recorded over a ten-week period. It turns out that exposure to thiamethoxam made queens 26% less likely to lay eggs, and therefore to found a colony. This seems like a big impact, but what would it actually mean in the real world?

Doing experiments with bumblebee queens in the wild is basically impossible. They can fly for kilometres, and frequently abandon artificial nests if allowed to forage freely. So to understand how our lab results might relate to bumblebee populations in the natural world, we turned to mathematical modelling.

Taking advantage of what is known about the dynamics of bumblebee populations in the wild, we factored in the impact of the neonicotinoids we had identified in the laboratory. We found that if bumblebee queens fed on nectar contaminated with thiamethoxam this could increase the probability of their population going extinct by at least 28%.

What does all this matter? Bees are essential pollinators of both crops and wildflowers, and bumblebees provide nearly half of all pollination in northern temperate regions like the UK. Given that their populations are already falling, we need to understand why they are declining in order to maintain and increase their numbers.

Our results suggest that exposure to neonicotinoid insecticides could have dramatic impacts on bumblebee queens, leading to fewer bumblebee colonies, less pollination, and ultimately population extinctions. Studies like this provide the evidence that policy-makers need if we are to develop sustainable agricultural systems that provide the food we need without harming the bees we rely on, not just for pollination but for that iconic buzzing on a summer’s day.