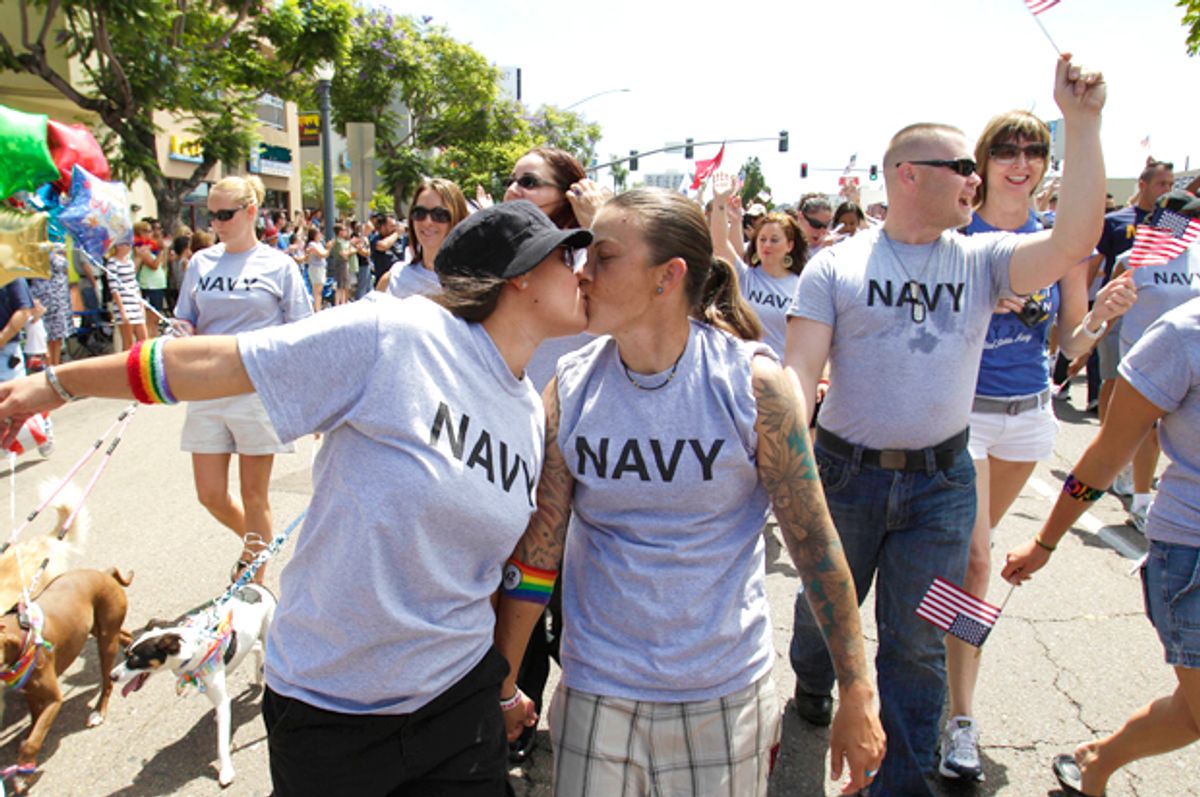 Apparently, President Donald Trump's proposed transgender military ban is coming closer to fruition, according to U.S. officials familiar with the matter, cited in a report from The Wall Street Journal. According to the unnamed sources, the White House will be sending guidance to the Pentagon "in coming days."

Supposedly, the memo to military leaders would call for ending the admission of people of transgender experience to the services and further order that any such persons still enlisted be removed from U.S. armed forces based on their ability to be deployed. The memo would give Defense Secretary James Mattis six months to implement the ban.

"Mr. Mattis under the new policy is expected to consider 'deployability' —the ability to serve in a war zone, participate in exercises or live for months on a ship — as the primary legal means to decide whether to separate service members from the military, the officials said," the Journal reported.

The guidance would also end funding for transitional medical treatments for service members. As of now, it has not been sent to the Pentagon, and it's unclear if any further changes will be made.

Trump first announced that trans servicemembers represented a "burden" and would be barred from serving in the military "in any capacity" because, in his words, they represent "tremendous medical costs" and undermine a focus on "decisive and overwhelming victory." Reportedly, his early-morning proclamation caught Pentagon leaders by surprise.

The president received significant backlash to the announcement from a wide group of Democratic and Republican politicians, dozens of retired and active military generals and admirals and as well as current and past servicemembers.

Many have pointed out that the estimated medical costs that may or may not go to helping trans members of the service achieve physical transitions constitute a minute portion of the military's vast budget. Indeed, the armed forces spend far more of their funds on erectile dysfunction medicine. Further recent reports suggest that the cost of replacing transgender individuals drummed out of service would be up to 100 times more than the medical expenses they would incur.

As well, others have mentioned that the argument that trans servicemembers should be banned based on "unit cohesion" was also employed by those who fought against the racial integration of the armed forces and the dissolution of the Don't Ask Don't Tell policy. The fact that servicemembers of all races and sexual orientations work and fight together currently underlines the hollowness of this argument.

Finally, it's unclear whether any of this is even legal, and recent surveys claim that 68 percent of Americans polled are against Trump's proposed transgender military ban.

Despite objections coming from military leadership, servicemembers, most of his own party, the law, history and the majority of the American electorate, the president's ban continues to inch toward reality.