Corpus Christi, a critical port for the Texas oil and gas industry, is vulnerable to coastal flooding 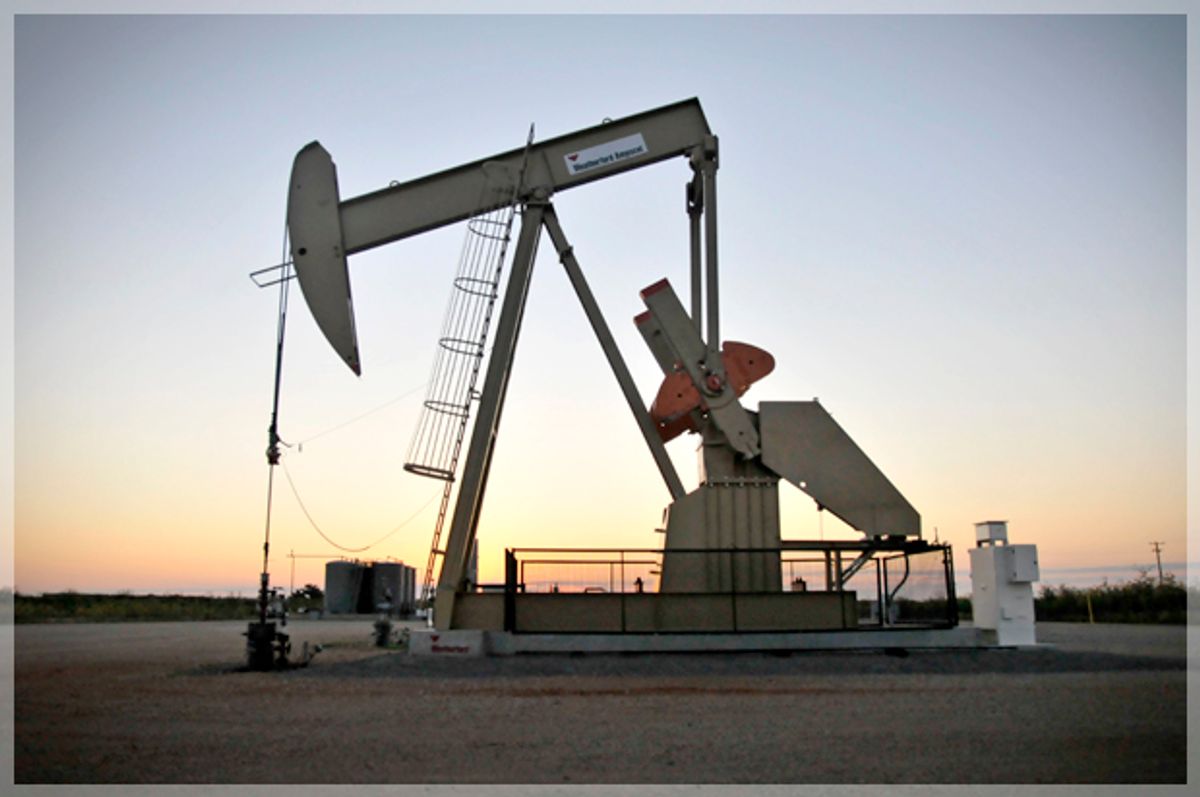 But even more troubling: It’s on target to strike a part of the Texas coast where the recent growth of the oil and gas industry has increased the risk of catastrophic storm damage.

The Lone Star state hasn’t seen a storm like Harvey in decades. Drawing energy from the abnormally warm Gulf of Mexico waters, its winds are expected to reach 125 miles per hour before landfall. Wide swaths of Texas and Louisiana could see as much as 35 inches of rainfall — a year’s worth in just three or four days.

If that forecast pans out, Harvey could go down as one of the worst hurricanes in U.S. history. “In all these years, it’s rare that I’ve seen a hurricane threat that concerns me as much as this one does,” said meteorologist Rick Knabb, former director of the National Hurricane Center, in a televised statement.

Part of that concern is driven by where the storm is expected to make landfall. Corpus Christi, a critical port for the Texas oil and gas industry, is also one of the most vulnerable places in America when it comes to coastal flooding. An analysisearlier this year by the South Texas Economic Development Center predicted that 92 square miles of the Corpus Christi metro area would flood with a six-foot rise in water, including all six of the city’s refineries.

Harvey could bring up to twice that, with as much as 12 feet of storm surgepotentially swamping refinery infrastructure, including huge tanks of crude oil, with saltwater.

As the New York Times reported last month, Corpus Christi’s industrial growth has been driven by plentiful oil flowing in from West Texas, one of the centers of the last decade’s fracking-fueled oil and gas boom. Corpus Christi is now America’s fourth-largest port by tonnage. In just the last year, oil exports there are up five-fold.

That growth has also been driven by a significant policy change made under the Obama administration. In a compromise with congressional Republicans, President Obama agreed in 2015 to lift a ban on oil exports to most countries, allowing the United States to ship crude oil worldwide for the first time since the 1970s. In return, Congress approved renewable energy tax credits.

The Trump administration has loudly championed the ensuing oil export boom and America’s imminent shift to becoming a net exporter of oil and gas products.

The Corpus Christi port has just embarked on a $1 billion expansion project to grow further. Problem is, most of that infrastructure sits just a few feet above sea level.

About one-third of U.S. refining capacity lies in the path of Harvey, and operators are starting to shutter operations in advance of the storm. Any sustained outages could cause a temporary nationwide surge in gasoline prices. Patrick DeHaan, an oil industry analyst, told Grist that catastrophic flooding could prevent refiners from getting back online quickly.

As Emily Atkin writes in the New Republic, the pollution consequences of the storm could be immense. Harvey’s floodwaters could seep into massive underground gasoline storage facilities, potentially dislodging and floating the tanks.

Above ground, the port also has the capacity to store up to 3.2 million barrels of crude oil, infrastructure which could buckle and leak during the storm. Bloomberg reported that several refineries are filling their tanks with as much oil as possible before the storm hits to try to help weigh them down.

“The storm as a whole is tracking towards some of the most critical refinery regions in the country,” says John Homenuk, a meteorologist whose work focuses on the energy industry. “With feet — not inches — of water moving towards these regions both from rainfall and surge, the potential for dangerous impacts is rising.”

But Harvey threatens far more than just the oil industry. After landfall near Corpus Christi, the storm is expected to loop back out to sea, re-strengthen, and make a second landfall early next week somewhere between Houston and New Orleans. That scenario could mean four full days of hurricane conditions, a near-worst case scenario for the Gulf Coast, possibly requiring the evacuation of large parts of the Texas coastline and maybe even New Orleans, which is currentlywithout a fully functional drainage pump system.

The combination of Harvey’s strong winds and heavy rain could uproot trees and knock out power and air conditioning for days in steamy Texas communities as far inland as San Antonio and Austin. One projection showed as many as 3.4 million people might lose power, including approximately half of the Houston metro area — a city that’s particularly flood prone.

More than 1.5 million people have moved to the Texas coast in the last 20 years, making it one of the fastest-growing regions of the country.

People that live here, whether they want to admit it or not, are largely out of practice when it comes to storms like Harvey. As we learned during the aftermath of Hurricane Katrina, a city that evacuates, then floods, is never quite the same again.