James Cameron seems to think he could have done "Wonder Woman" better, Patty Jenkins tells him why he couldn't 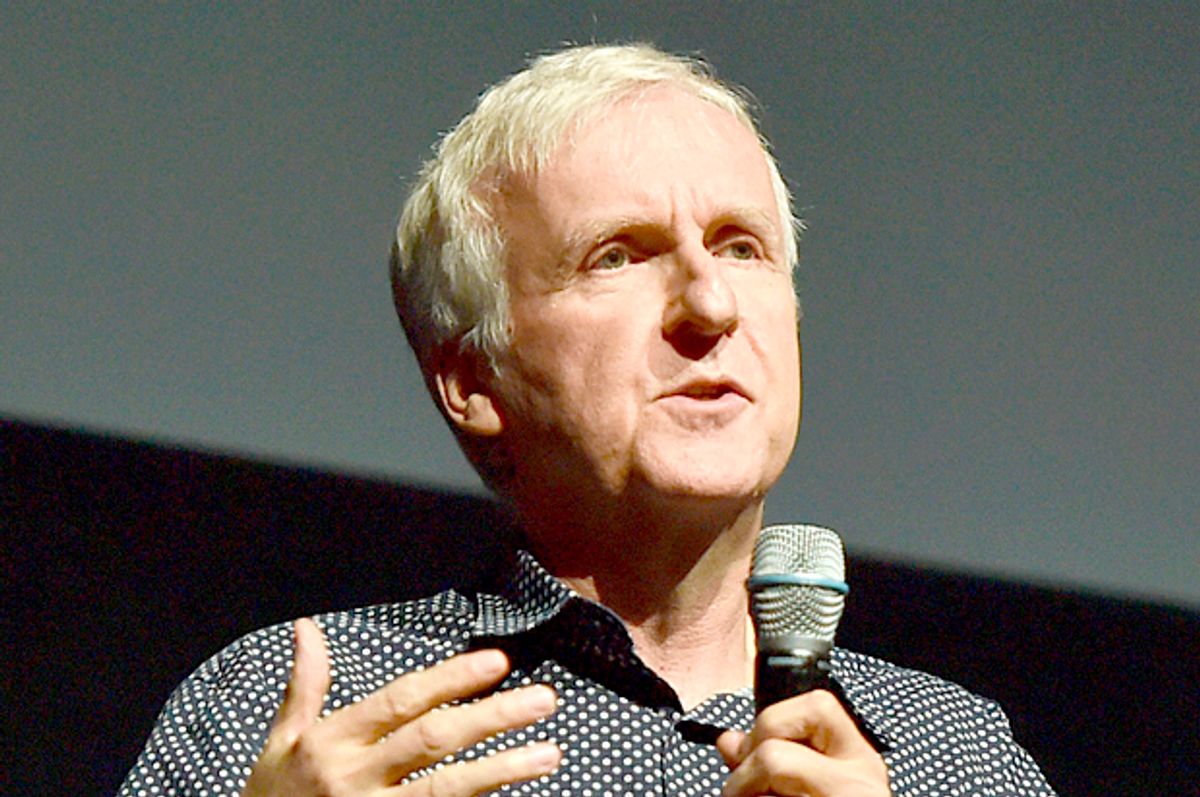 Filmmaker James Cameron is known for writing strong female leads in his movies, and he wants you to know it. After all, he thinks, it makes him the authority on all things women in Hollywood.

During an interview with the Guardian, Cameron was asked about the wildly successful "Wonder Woman," a marvelous movie starring starring the most legendary female comic-book hero and the most profitable live-action film directed by a woman and being a quality film

But the self-crowned arbiter of what is and isn't feminist wasn't impressed:

All of the self-congratulatory back-patting Hollywood’s been doing over Wonder Woman has been so misguided. She’s an objectified icon, and it’s just male Hollywood doing the same old thing! I’m not saying I didn’t like the movie but, to me, it’s a step backwards. Sarah Connor was not a beauty icon. She was strong, she was troubled, she was a terrible mother, and she earned the respect of the audience through pure grit. And to me, [the benefit of characters like Sarah] is so obvious. I mean, half the audience is female!

Thanks should go out James Cameron for explaining to confused women everywhere that truly feminist, powerful women on film must be terrible mothers and not beauty icons. For a second there, we almost thought that being capable and female didn't necessarily involve being a hot mess with a broken personal life. You're doing the Lord's work, Jimmy.

When reporter Hadley Freeman — a woman — asked why movies continue to fall short in female represention, Cameron said: "How many times do I have to demonstrate the same thing over again? I feel like I’m shouting in a wind tunnel!" Perhaps someone is a bit bruised over the fact that producers didn't ask him to direct "Wonder Woman." Perhaps.

"Wonder Woman" director Patty Jenkins, who will also direct the Warner Bros. follow-up, with a release date in 2019, offered Cameron a little needed moral clarity on the matter:

James Cameron's inability to understand what Wonder Woman is, or stands for, to women all over the world is unsurprising as, though he is a great filmmaker, he is not a woman. Strong women are great. His praise of my film Monster, and our portrayal of a strong yet damaged woman was so appreciated. But if women have to always be hard, tough and troubled to be strong, and we aren't free to be multidimensional or celebrate an icon of women everywhere because she is attractive and loving, then we haven't come very far have we. I believe women can and should be EVERYTHING just like male lead characters should be. There is no right and wrong kind of powerful woman. And the massive female audience who made the film a hit it is, can surely choose and judge their own icons of progress.

And that's it, isn't it? The push for more representation in Hollywood isn't an attempt to forward only one type of female lead or only characters that inherently challenge stereotypes of women. No, its a struggle for range, for depth, and for a multiplicity of female leads and character types. That includes badass superheroes, evil and manipulative masterminds and a collection of vulnerable, damaged, strong, sensitive, witty, complicated characters, sometimes all rolled up into one person.

Whether Cameron's personal goal is to combat traditional archetypes of female leads or not, his comments about a film starring a woman and the choices of a woman director are condescending, tone-deaf and ignore the fact that the film wasn't successful because Gal Gadot is a conventionally attractive person who bares her legs. It was because audiences male and female wanted to see a heroic, positive, iconic woman character kicking cartons full of ass.

Even if his point, albeit a bit obscured by his arrogance, was to widen the scope of what female leads can do or be, it's never a good idea for fellas to tell women what a powerful woman should look like. We got this.