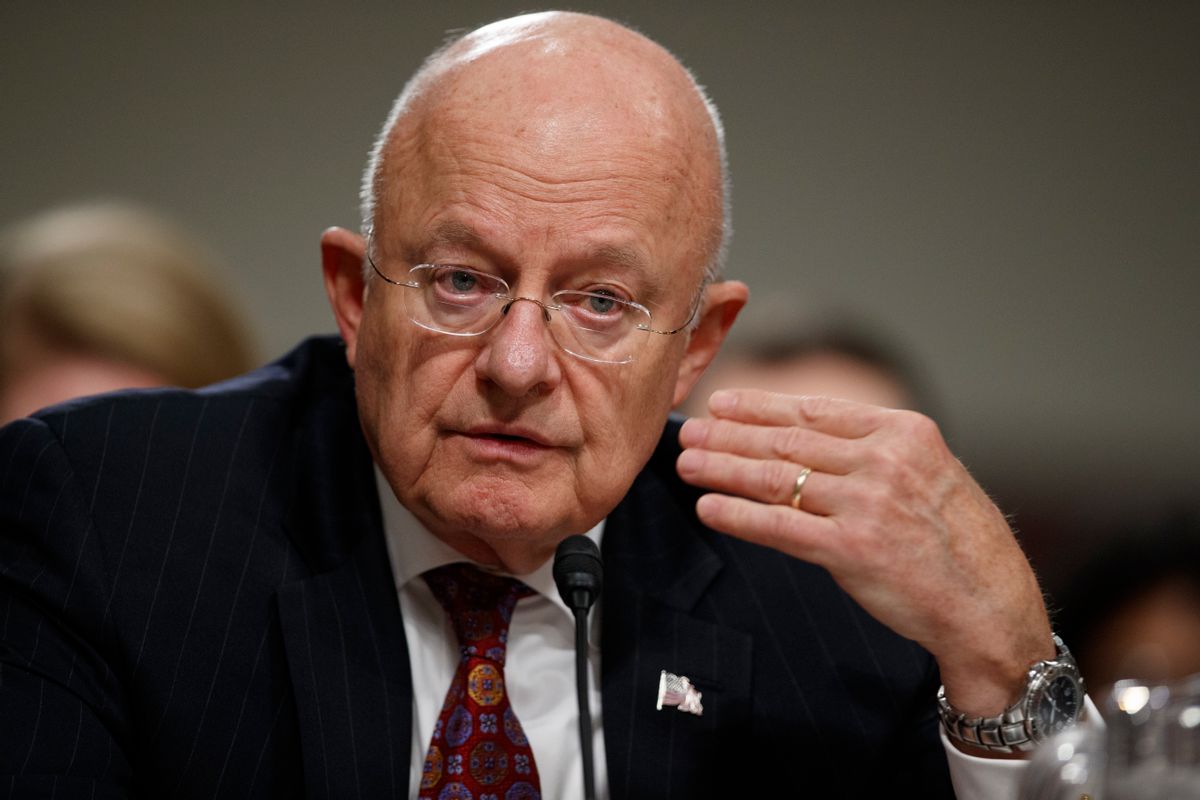 After President Donald Trump's unhinged rally in Phoenix, Arizona, earlier this week, the former Director of National Intelligence, James Clapper, questioned the president's "fitness to be in this office." In Trump-like fashion the president quickly fired back with a tweet rhetorically asking if Clapper would show the public a letter he penned to the president after his electoral victory in November.

"James Clapper, who famously got caught lying to Congress, is now an authority on Donald Trump. Will he show you his beautiful letter to me?" Trump tweeted.

Clapper was caught lying under oath to Congress in 2013 when he denied that the National Security Agency was collecting data on millions, or hundreds of millions, of Americans

But Clapper told CNN about the "beautiful letter" Trump referenced in his tweet, and how he basically wrote the same thing to his opponent, Hillary Clinton. "The night before the election, we deployed two teams so that we would be ready to provide a PDB brief the next morning to whomever won," he said, referring to the Presidential Daily Briefing. "I hand-wrote almost identical short notes to each of the two candidates to accompany the first brief as President-elect; only one actually got deployed -- the one to him."

Obviously, Clinton never received the note in which he also congratulated her for her victory. "I went on to say that I hoped he would abide by the long-standing principle of the IC always telling 'truth to power,'" Clapper explained to CNN.

When leaders of the intelligence community met with Trump on Jan. 6 in Trump Tower to brief him the assessment regarding Russian interference in the 2016 election, Clapper stated that Trump thanked him for the letter three times.

In the past, Trump has repeatedly attempted to use private discussions, or otherwise private matters to his advantage in a blackmail-type fashion — specifically on Twitter. He threatened to release secret "tapes" he had of his private discussions with former FBI Director James Comey after firing him.

Ironically, Trump's lawyers have repeatedly condemned Comey for leaking details of his handwritten memos that he made after private conversations with Trump, because he was skeptical of his overreach of power.