Listen: Charlottesville should not have been a surprise 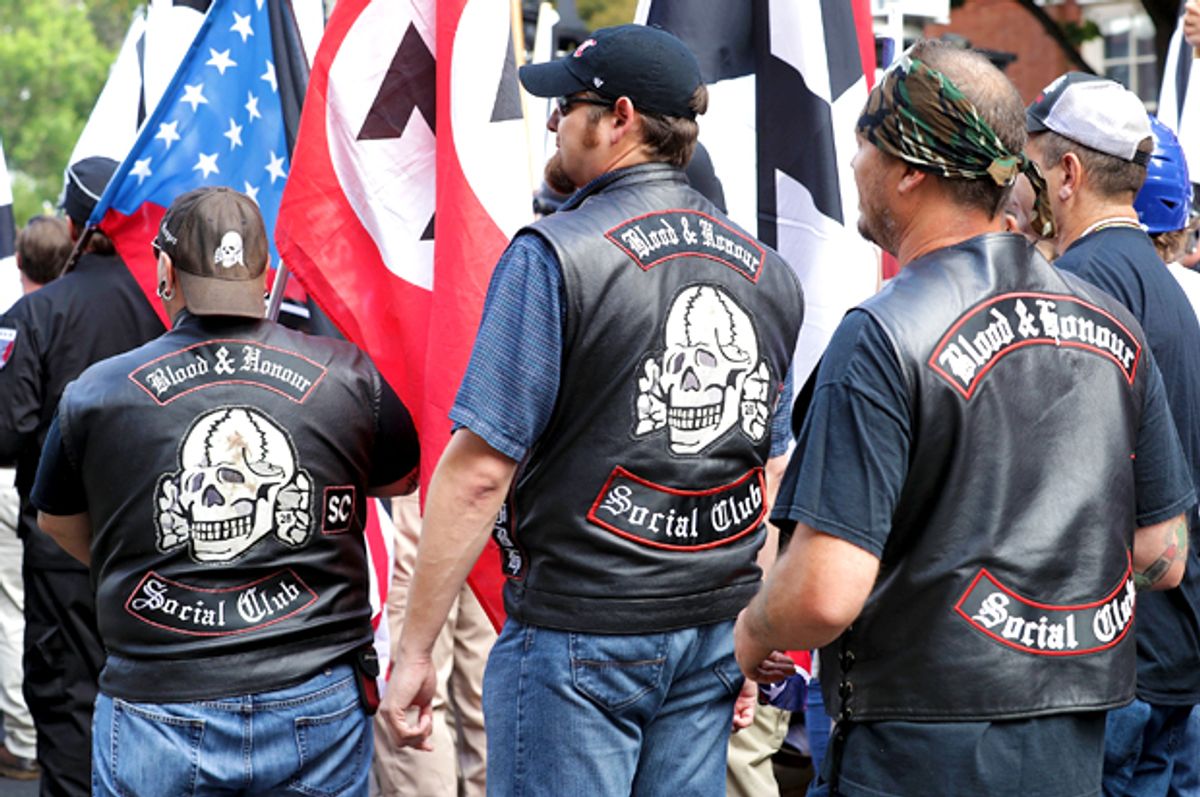 To try to make sense of the violence and tumult which occurred there, I reached out to five different people.

The first guest is Adele Stan. She is a journalist for The American Prospect. Stan was present in Charlottesville during the "Unite the Right" hate festival and shares her first person account of what transpired there.

The second guest is "James" from the leading anti-fascist, anarchist, and human rights information clearing house and website "It's Going Down". James has been tracking the white supremacist and other fascist organizations who ran amok in Charlottesville. He explains their connections, funding, whether the "Unite the Right" hate festival was a success and the role of physical active resistance in standing against fascists and their allies.

The third guest is Amanda Marcotte, a politics and culture writer here at Salon. Marcotte shares her thoughts about resistance and non-violence in the aftermath of Charlottesville, as well as Trump's statements about white supremacist violence.

The fourth guest is Tim Wise. He is one of the United States' leading anti-racism activists and scholars. Wise reflects on the role of white privilege in the white supremacist political violence and mayhem in Charlottesville, toxic white masculinity and the white supremacist movement, how last weekend's events were very predictable, and white folks' denial about the dangers posed by the so-called "alt-right".

He explains how, "I was convinced that something would go horribly wrong because I knew that there were at least a number of folks within that contingent who were going there with the express purpose of terrorizing the community, of terrorizing folks of color, terrorizing liberal white folks, terrorizing anyone who stood in their way. "

Wise also offers a challenge to white Americans. "Start addressing white racism and white supremacy with your friendship circles, whether that's online or in person. That's one tactic and there are lots of different ones. But, you have to stand up and say, I'm going to choose a different way to live in this skin and by God, you don't speak for me."

The fifth guest is Dr. David Reiss, a psychiatrist who has written extensively about Donald Trump. Dr. Reiss also has a chapter in the forthcoming book The Dangerous Case of Donald Trump: 27 Psychiatrists and Mental Health Experts Assess a President, which attempts to evaluate Trump's mental health. Dr. Reiss offers his suggestions about maintaining one's sense of self and wellness in the aftermath of the terrorism in Charlottesville. He also provides some insights into the mental health of the white supremacists and other fascists who attended the "Unite the Right" hate festival.

You'll also hear my demand that white Americans clean up their own house and finally confront the deep sickness of racism and white supremacy that ran amok in Charlottesville. I also explain how the white racial terrorism that took place there is indicative of the broader problem that is Trump's political cult.