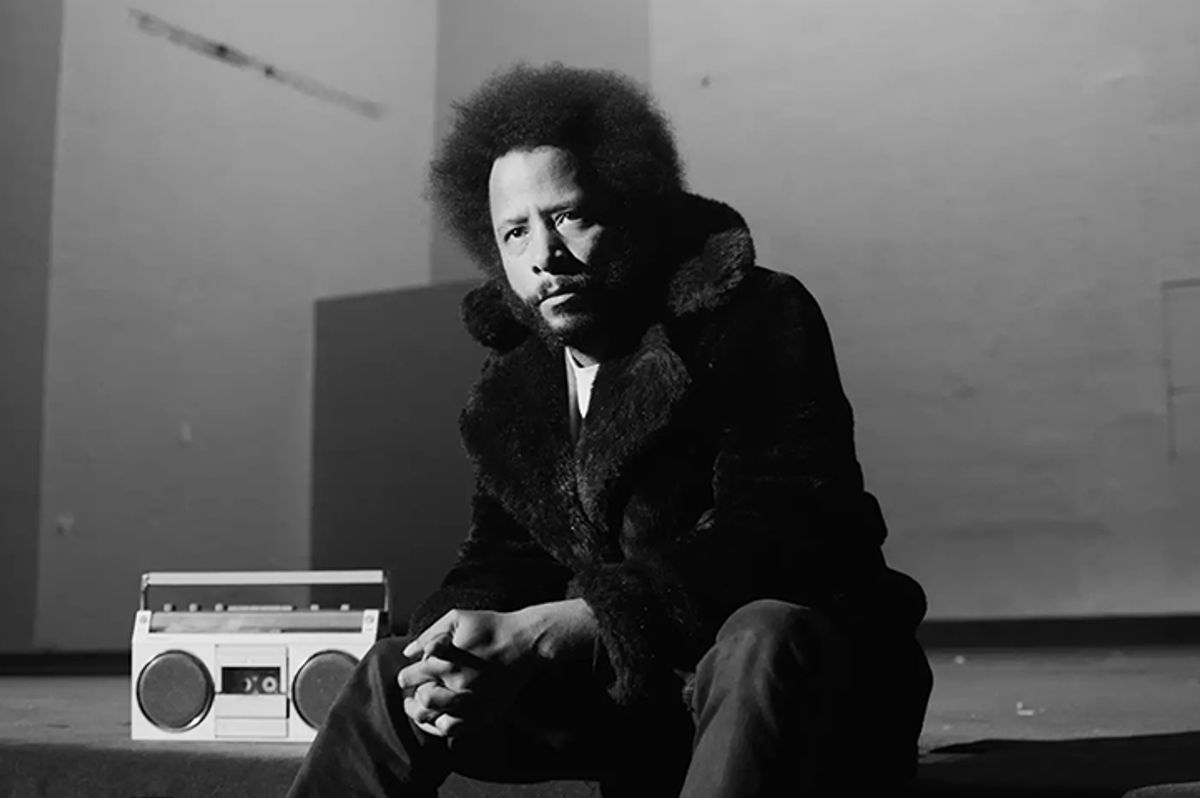 "Politics is just how you look at the world," proclaims Boots Riley, the frontman of Oakland's politically radical hip-hop group The Coup in "The Boombox Collection: Boots Riley," a documentary film.

Riley, who writes lyrics  "through the lens of class struggle," is one of the pioneers of a sub-genre, working class hip-hop. Director Mohammad Gorjestani followed Riley for the first film in his series "The Boombox Collection," as Riley reflects on why he writes music, his future as an artist, and his relentless revolt against capitalism.

Gorjestani spoke with Salon about the film.

What drew you to telling the story of Boots Riley?

What is consistent in a lot of these artists to me is stubborn integrity towards their message. They won’t back down or change it to appease anyone, even their bank account. In many ways, they are activists with their lyrics. So for me, Boots is the epitome of that. He is one of the most politically charged individuals I personally know, he has stood on the front lines of conversations around race, class struggle, and capitalism from day one. He helped shaped some of my personal points of views ever since I began listening to his music in high school and in getting to know him more since he’s stepped into the realm of filmmaking. It made it a natural place for me to start the series.

What was your creative approach with this particular story?

It was really about creating a meditative mood and mental space for the audience to sit in. I wanted to take super high frame rate images and pair it with an interview that tonally and content-wise felt intimate and near. The black and white approach is also very deliberate because I wanted to not only provide a classic quality to the images, but also black and white forces you to observe images as forms and shapes, which when hyper slowed down, I think, force you to really pay attention to things you’d otherwise look beyond.

Oakland becomes a character in your film as the camera follows Boots driving around his neighborhood. What do you think is most telling about those scenes?

Just the beauty of what some people might say is the ghetto. The gems that lie within the struggle, both in terms of people and spaces, and the interaction of those two things. You know, the people who pass by, or sit under an overpass, who endure a reality that many can’t relate to, and yet find a way to move forward and see the world half full. There is a deep beauty in that.

As filmmakers, what was the most challenging part of the production?

Getting Boots to let us in at 6:30am to his house on Christmas Eve to film. I don’t think he was really feeling it at first, but we got a coffee and caffeine did its duty. He was all smiles after that.

What was your ultimate goal with producing a film about underground hip hop?

Just representing artists who I care about so much because they helped shape my perspectives. Selfishly, it’s a way for me to pay back an art form I care about. It makes me a feel good like that. Hopefully through that, others can see deeper beneath the surface to what really drives artists like Boots and what makes people like me appreciate them as much as we do.

Where is Boots today?

Sitting in an edit room, working on his film “Sorry to Bother You." It’s going to be a great movie. I read an early draft of the script. It's a film only he could write, direct and make. I feel like its a revelation of what Boots’ agenda and artistry is all about, maybe even more so than the music he’s made. As a friend I’m pumped, but I’m more pumped as a fan of his work.