Veronica Falcón on moving from Mexico to LA at 50 to pursue acting: "It was more than a lottery, it was an act of faith" 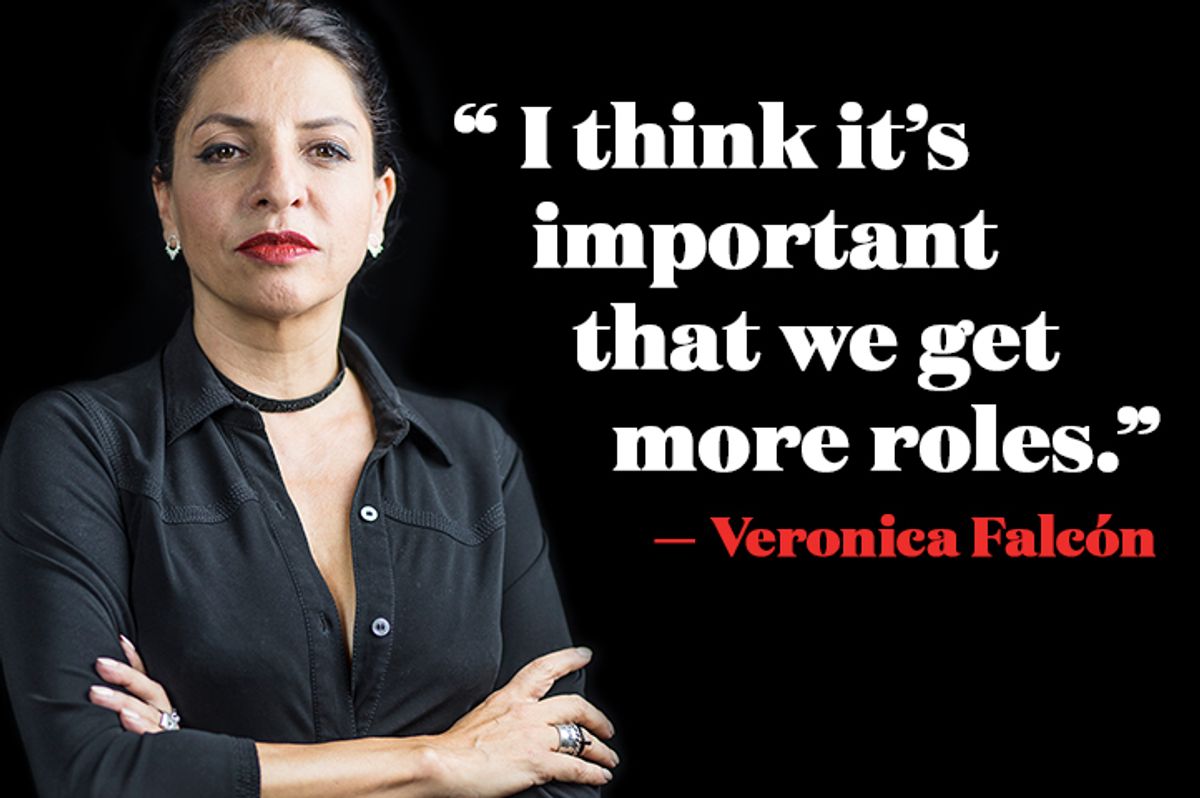 Actor Veronica Falcón is the "Queen of the South," at least when she plays Camila Vargas on the USA TV drama series. But beyond the manipulative and ruthless character she embodies as Vargas, the female drug lord, Falcón is one of the people transforming the ways Latina women can be imagined, represented and empowered on television. Also, by landing the role of Camila Vargas, Falcón became the first Mexican-born actress to secure a second lead in a dramatic tv series.

Here are some highlights from their conversation. Watch the video for more on Veronica Falcón and women in Hollywood.

On the significance of Falcón's role as Camila Vargas, the drug lord, and the way women are represented on screen and behind-the-scenes on "Queen of the South":

I've never seen a role written like this in television for a woman. You see a lot of male characters that are this powerful and this independent, and all that, but you don't see that many for women. It's happening more and more thank God, but I think we still have a long way to go.

It has to do a lot with female empowerment. Every female character on the show is strong and is interesting. Our show runner this season—and it's wonderful—she's one of the few Latina show runners in the industry. She takes it very seriously and she has an incredible creative team with her.

On whether there's been a visible change in the industry as far as female leads in Hollywood:

Just "Wonder Woman," I mean, finally. I think it's huge and I think it should continue changing, because there's a lot of women. They are big consumers, and because we are part of the world. I think we have to be represented the way we are, especially nowadays, I think it's very important.

On Falcón's transition from Mexico to LA:

If you think about it, only five percent of everything that's produced goes to Hispanic actors. And of that five percent, can you imagine the percentage of women over 50? So, it was more than a lottery, it was basically an act of faith. So, I got lucky.