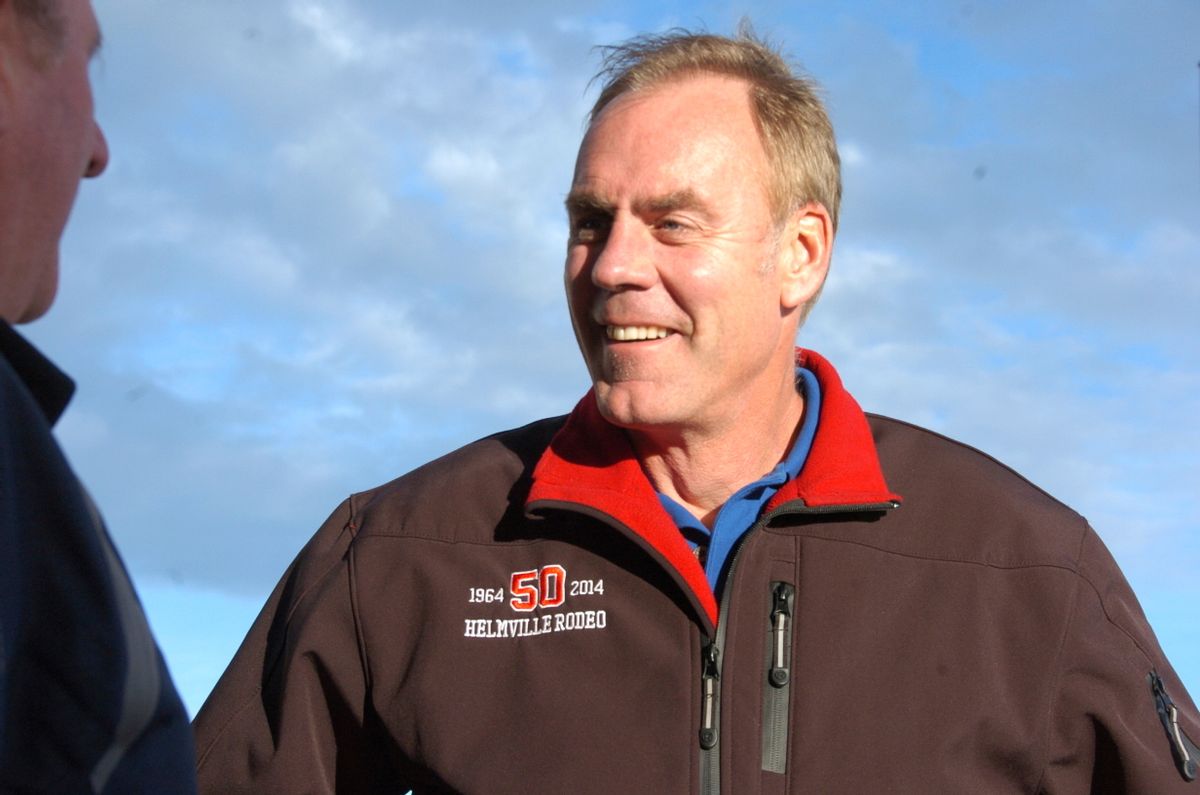 The San Francisco Examiner reported last week that militia group Oath Keepers plans to be present at the “Patriot Prayer” rally planned for August 26 at Crissy Field in San Francisco.

The Examiner reported that the group has “enormous rifles, paramilitary gear and camouflage outfits.” As to whether the Oath Keepers will be armed, rally organizer Joey Gibson said, “We’ll see, it depends on the permit.”

The site of the rally, Crissy Field, is federal land managed by the National Park Service and under the jurisdiction of the U.S. Department of the Interior.

The Park Service said in a statement that it is coordinating with other federal agencies before issuing a “final permit” for the rally. The NPS is soliciting public opinions and directed “anyone interested in expressing their opinion” to send an email.

Last week, Newsweek reported that the Department of the Interior said Zinke and the department do not ‘have a role in permitting events at local NPS sites.’”

We all have a role in protecting each other from racist violence. Now, more than ever, we need our country’s leaders to speak up. This is not the time to dodge accountability. Zinke’s silence is an act of complicity that emboldens white supremacists and confers the Trump administration’s approval of a group that is fomenting domestic terrorism.

As the Los Angeles Times editorial board said in its admonition to Republican leaders over the weekend, “This is no time for neutrality, equivocation or silence.”

We can all agree that the right to free speech, as protected by the First Amendment, must be upheld. However, inciting violence is not a First Amendment privilege.

Professor Brian Levin, of the Center for the Study of Hate and Extremism at California State University San Bernardino said of the Oath Keepers’ planned presence at the rally, “When you have private militias who aren’t answerable to anyone, showing up with long rifles at extremely volatile, incendiary events, the risk of violence is not decreased, it’s increased.”

Kyle Chapman, aka “Based Stickman,” is a scheduled featured speaker at the San Francisco rally.

How did Chapman get his nickname? According to the New Republic, “‘Based’ is slang for not caring what other people think of you. ‘Stickman’ is, well, a man with a stick.”

Chapman was arrested after a video camera captured him hitting a counter-protester on the head with a billy club during a March rally in Berkeley. Last week, Chapman was charged with a felony in connection with the incident. He is not currently in custody, according to the Alameda County District Attorney’s office.

Chapman recently urged his Facebook followers to attend upcoming rallies in the Bay Area, stoking them with fiery rhetoric, “This is sure to be barn burner.’”

Here is one of Chapman’s tweets about the rally in San Francisco. Is he inciting violence? Has he alerted the FBI of his concern about a terrorist “threatening to run people down”—or is he more interested in pouring gasoline on a promised barn burner? Chapman’s Facebook post Monday urged his followers to join the Patriot Prayer rally, luring them with this prospect: San Francisco police officers “could stand down.”

White supremacists’ “free speech” argument, invoked to protect their efforts to propagate racist violence, is a straw man. And we all know what happens to a straw man in a barn burner.

In July, Zinke told Breitbart that he objected to removal of Confederate monuments at the Antietam National Battlefield, which include a controversial statue of Robert E. Lee. Zinke said, “I’m an advocate for recognizing history as it is. Don’t rewrite history.”

The Park Service will announce its decision about granting a final permit for the San Francisco rally by August 25. Members of the public who wish to comment can email goga_1st_amendment@nps.gov.

Has Zinke emailed his comments to his subordinates at the NPS about whether to grant a permit for the rally? Americans need to know where all of President Trump’s Cabinet members stand on eradicating hate, racist violence and domestic terrorism in our country. Zinke’s feet must be held to the fire of a planned barn burner.