Rev. Jesse Jackson says NFL owners "have colluded" against Kaepernick, "we should honor" him 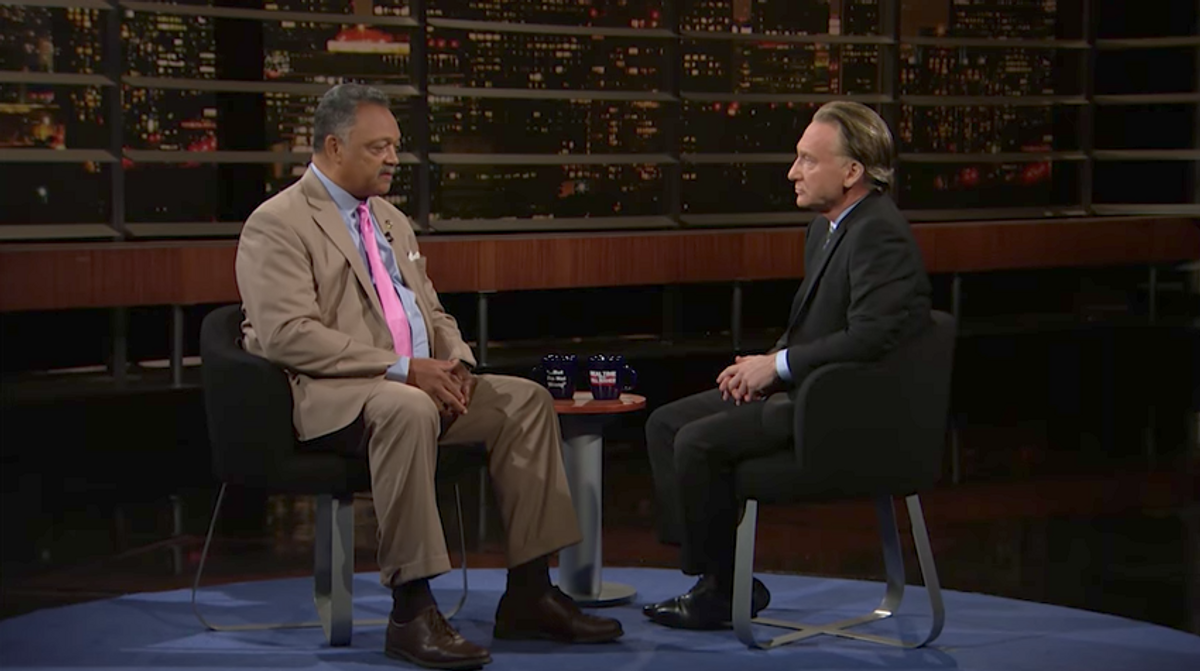 Rev. Jesse Jackson said that "we should honor" National Football League quarterback Colin Kaepernick, who is now infamous for kneeling during the pre-game national anthem, and that he has joined a "lineage" of black athletes who have protested civil injustices.

Kaepernick has remained a free agent in the NFL since he opted out of his contract with the San Francisco 49ers in March, which has led many to believe that he has been blackballed by teams who want to avoid controversy, and players who publicly speak of politics or racial injustices.

In recent months Kaepernick has donated his time and money to charity and has pledged to donate $1 million of his salary to a variety of charitable organizations. He also helped raise awareness for the famine that has ravaged Somalia and helped send a plane with food, water and aid to the country.

"He’s not hustling drugs to teenagers, he’s not shooting people with guns," Jackson said of Kaepernick. "Jackie Robinson once said that he would not salute the flag nor sing the National Anthem because he felt it was not protecting him."

"There’s a lineage of athletes who have taken a stand," Jackson explained. "The reason athletes get all of this super money today is because Curt Flood said he would not be sold. All the free agents come from a guy who stood up. So, maybe Kaepernick is that one guy who stands up.

"The owners have colluded," Jackson said, "they have decided not to have him play."

Kaepernick's protest has ignited a growing movement that other prominent athletes including Oakland Raiders running back Marshawn Lynch, have joined. Last Monday during a preseason game the largest collective protest of the national anthem was carried out by 16 football players for the Cleveland Browns, who knelt in a circle and prayed.

On Thursday it was reported that Shad Khan, owner of the Jacksonville Jaguars, was asked if he would sign Kaepernick "if his football people recommended it," to which Khan answered, "absolutely," according to Bleacher Report.

Jackson also expressed his frustration with the National Football League Players Association, the labor organization that represents NFL players, and said their "silence . . . is a kind of betrayal"

He added, "they are too silent in light of what they face."