Who in the hell was Stonewall Jackson?! Everything you were afraid to ask about this once-again important person

Oh, so now Americans are interested in history? Here's the dirt on one of those Confederate statues marked for demo 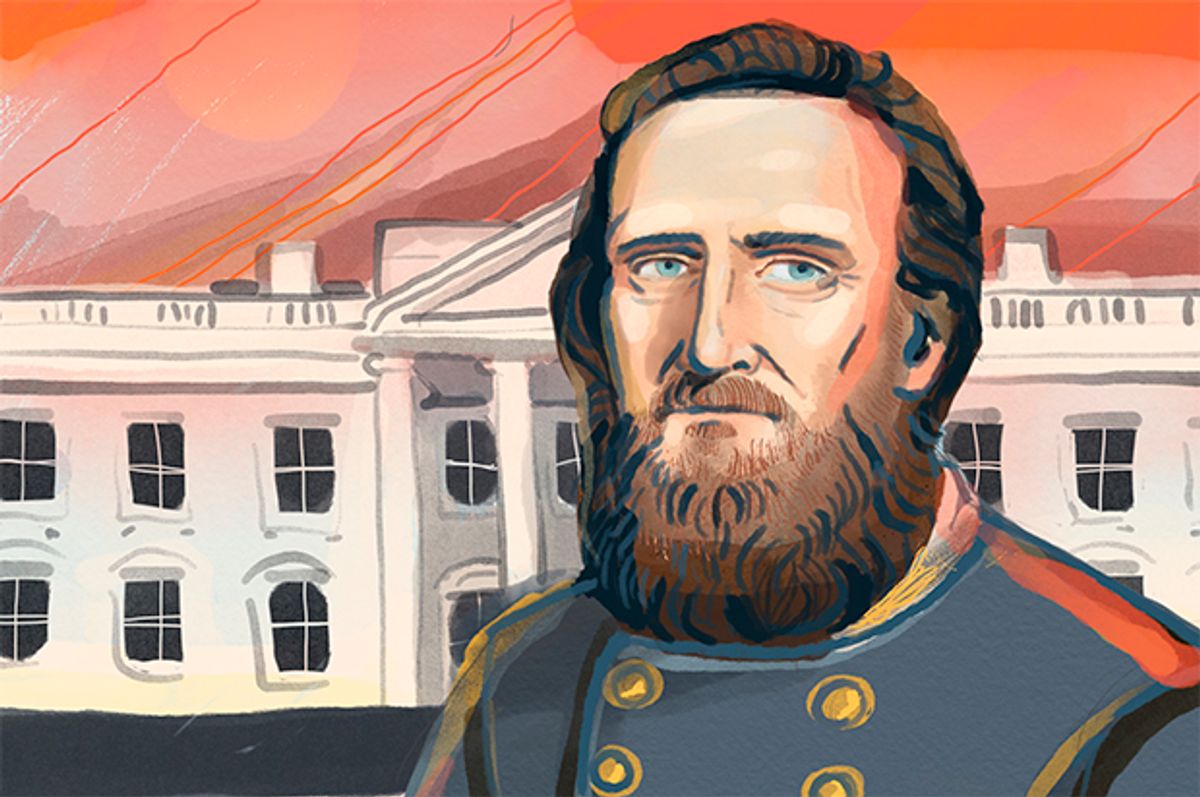 HOW’D YOU GET THAT HANDLE? Jackson earned his nickname during the Battle of First Manassas. When his troops showed up as reinforcements, fellow Confederate General Elliot Bee shouted, “There is Jackson standing like a stone wall. Let us determine to die here, and we will conquer.” Seconds after speaking, Bee was killed. And seconds after that, one of his soldiers said, “That’s bull. Run!” Which is when First Manassas was renamed First Bull Run.

From 1851-156, Jackson was a professor at the Virginia Military Institute. Parts of his lesson plans in essential military tactics are still taught in VMI, including the need for discipline, mobility, assessing the enemy’s strength and telling civilians who aren’t paying attention “The surge is working . . . ”

His least successful military technique, which he claims only to have utilized once, was when outnumbered, tell your men to run around and make it look like a group.

In the film "Patton," the legendary World War II leader is described as “the greatest American general since Stonewall Jackson.” Which is the kind of thing you had to say to Patton to not get slapped.

‘SUPBRINGING: Thomas was third of four Jackson children. Older sisters Elizabeth and Laura and younger brother Jermaine, who changed his name to Marlon, then Tito. Jackson and his sister Laura were close, but once the Civil War broke out, she became a staunch Unionist and they stopped speaking forever. Which makes your sister not showing up for Thanksgiving unless it’s vegan kinda lame.

Jackson’s family owned six slaves before the start of the Civil War. His biographer, James Robertson, believed that Jackson probably opposed the institution, but believed the Creator had sanctioned slavery and man had no moral right to contradict the Creator’s will. And God said, “Wait, wut?”

WHAT DO YOU MEAN FRIENDLY FIRE? During the battle of Chancellorsville, General Jackson accidentally took a round in his arm from one of his own men. He had the arm amputated on the field, but pneumonia settled in, and he died eight days later. His mother Golda Jackson still believes he would have lived if he’d worn a sweater.

Jackson was buried in the Stonewall Jackson Memorial Cemetery in Lexington, Virginia. His family lent his name to the cemetery in exchange for perpetual care and 12 percent of gift shop sales. His amputated arm was buried near the Fredricksburg battlefield after his chaplain discovered that while Jackson had been raised Presbyterian, the arm had been brought up Methodist.

There is some disagreement over Jackson’s last words. His attending doctor claims they were, “Let us cross the river and rest under the shade of the trees.” His biographer Robertson insists he yelled, “I have always desired to die on Sunday. Quick, someone put on Russert!”

He may have been delirious, but there are accounts that one of Stonewall’s dying requests was that a gay bar in Greenwich Village be named after him.

PRESIDENT TRUMP ON STONEWALL JACKSON: “Good guy. He’s a good guy. Got shot by one of his guys, which is something I heard about and was not thrilled with, but when you think about it, and I did, just proves my point about bad stuff coming from all sides. All sides. But this is not about that. This is about them taking our history and our heritage. And our soda. That’s the first thing that goes. The free soda in the pantry. Remember the free soda? Remember ‘You want a soda?’ ‘Sure.’ ‘Here you go….’ ‘Do you have ginger ale?’ ‘Sure. Catch…’ No more. Adios, I get 50,000 calls a day about that. Do you hear about that? No? I thought so. You know when we’ll hear about it? When all of a sudden, there’s no soda at the failing New York Times. It’s failing, and yet they have soda. And this is the kind of thing we’re trying to get out there. One more thing. One more, excuse me, one more thing. What is the first thing you should have another person do to you if you get bitten by a jellyfish, in, oh, let’s say Russia? A poisonous jellyfish. Poisonous. The first thing. And let’s say you get bitten, on, oh, let’s say the chest? Chest area. The first thing. Yeah, I thought so.”

STATUE OF LIMITATIONS: The equestrian statue of Stonewall Jackson was erected in Charlottesville in 1921. Another casting of the statue was dedicated in Clarksburg, Virginia in 1953. A third casting finished last at the 1955 Kentucky Derby. Never got out the gate.

Earlier this week, Charlottesville city workers covered the statues of Jackson and Robert E. Lee with black shrouds. Not to be outdone, ESPN did the same thing to any employee drinking from a Dixie cup.

A different Jackson statue stands in front of the state capital in Charleston, West Virginia and has been the subject of a campaign to be removed. Last week, a local morning radio host called the White House pretending to be the President Peña Nieto and assured Trump if that happened, Mexico would pay for a new Stonewall.