Concerns about accelerated gentrification and increased law enforcement were voiced by community activists. 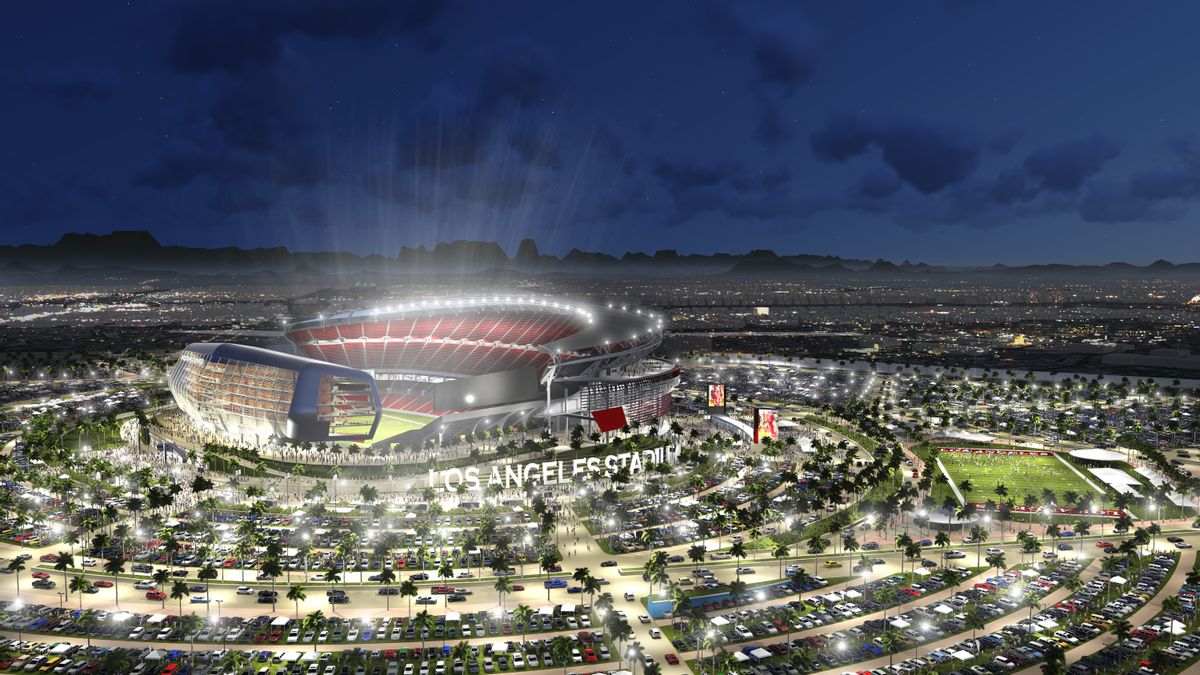 For Mayor Eric Garcetti and the rest of the bid committee working to bring the Summer Olympics back to Southern California, the 1984 Los Angeles games are not just a beloved chapter of local history, but one to be emulated as closely as possible. With its storybook marriage of private investment and civic management, the myth of the glorious L.A. Olympics is alive and well at City Hall. But not everyone’s memories of the Summer of ’84 are quite so golden.

“The reality was very different. Communities were under siege,” recalled Pete White of the Los Angeles Community Action Network (LA CAN) while speaking to residents last week at “Stop Playing Games: A Public Forum on the L.A. Olympic Bid.”

The event was hosted by the NOlympics LA coalition, a community activist network campaigning against the city’s bid for the Summer Games. For the past four months, NOlympics LA sought to bring increased scrutiny to L.A.’s bid through grassroots action and protests. But now that Los Angeles — pending ratification of the bid by the International Olympic Committee in September — is set to host the 2028 Summer Games, NOlympics LA will focus on raising awareness of the impact the next 11 years of Olympic preparations are likely to have on residents.

For his part, White was clear about how the new promises of assistance to at-risk communities stack up against what was being said in 1984: “It’s a remix. We’re on repeat.”

The evening featured panel discussions on major issues of community concern, including accelerated gentrification and displacement, an increased law enforcement presence and the redistribution of resources towards Olympic-centric infrastructure. Panelists were a mix of organizers, activists and academics, and included Melina Abdullah, a prominent Black Lives Matter organizer and California State University, Los Angeles professor. Abdullah, who was on the policing and militarization panel, had been arrested earlier that day protesting the killing of 18-year-old Carnell Snell Jr. by the Los Angeles Police Department.

The first forum panel dealt with housing and displacement, covering issues likely to be exacerbated by the upcoming games, from gentrification and rent hikes to increased inspections and building code enforcement. The latter can result in displacement for those unable to pay fines or for newly required improvements.

“You will see very different impact in the white community and black community,” said Damien Goodmon, executive director of the Crenshaw Subway Coalition. Increased selective law enforcement was a recurring theme of the night, with most panelists agreeing that policies that appear benign in more affluent communities can be catastrophic to vulnerable and marginalized people.

The evening’s police and militarization panel also drew a line between the increased security for the games and the danger to communities of color. “Police function as an occupying army in poor communities,” said Michael Novick of Anti-Racist Action. “The problem is not police misconduct. The problem is the conduct of the police.”

“The role of policing is to impose specific order on specific people,” said Ace Katano, a public defender and Ground Game LA organizer. Increased enforcement and an emphasis on so-called “broken windows” policing can lead to more arrests and prosecutions for misdemeanors and minor crimes, he explained. There is a disproportionate impact on the poor, for whom even relatively small fines or short jail terms can mean the difference between being able to work and pay rent or losing everything.

The final panel discussed accountability and oversight, both points of contention with community leaders who complain that the L.A. Olympic bid committee and Mayor Garcetti have refused to meet publicly with them to discuss their concerns about hosting the games. The City Council voted on August 11 to cover any cost overruns on a bid that was originally calculated with venue and vendor contracts in place for 2024, but repurposed for 2028 and rushed through the approval process to meet an August 18 deadline set by the International Olympic Committee.

Organizers invited Garcetti and other members of the bid committee to participate in the public forum, but none accepted.