Rex Tillerson on President Trump's values: "The president speaks for himself"

On Fox News, the secretary of state suggested to Chris Wallace that Trump doesn't speak for the American people 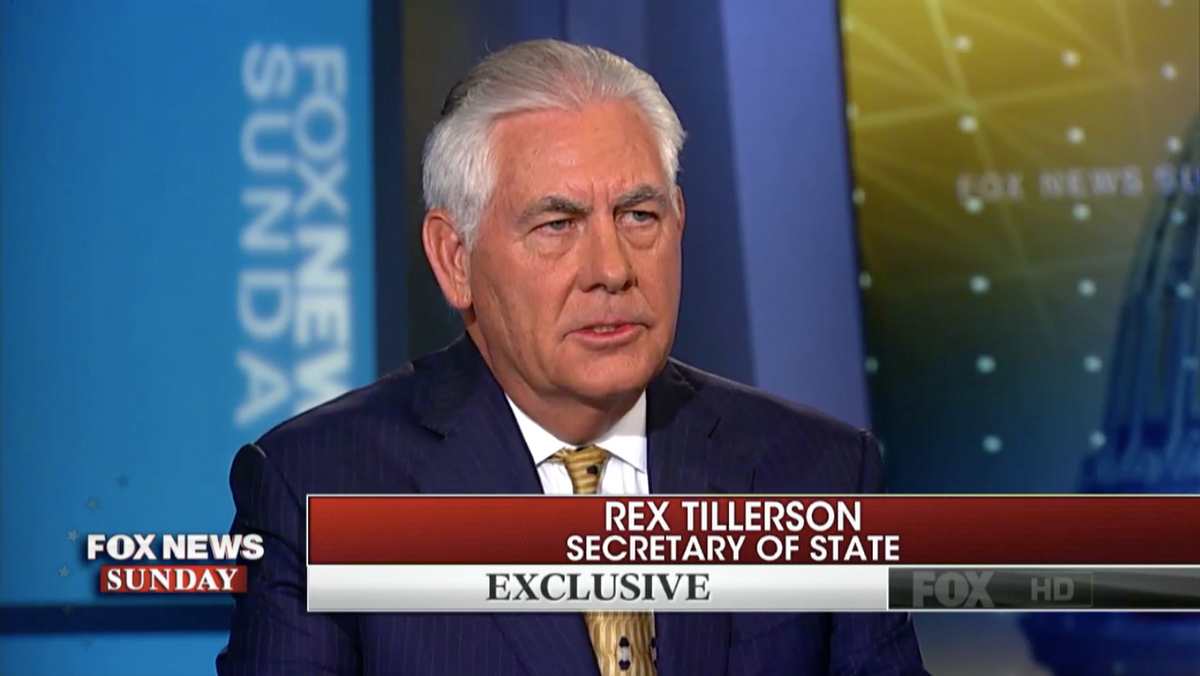 Asked by Chris Wallace on "Fox News Sunday" if Trump speaks for the values of the United States, Tillerson provided an answer that will likely define Trump's legacy.

"The president speaks for himself, Chris," Tillerson said.

Wallace originally asked the secretary of state to comment on the United Nations' reaction to Trump's failure to adequately condemn white supremacists following the Charlottesville protests.

"Failure at the highest political level . . . to unequivocally reject and condemn the racist violent events and demonstration . . ." a statement from the U.N. committee on the elimination of racial discrimination said.

Tillerson defended the values of the American people and assured Wallace that his State Department properly represented those values.

"I don't believe anyone doubts the American people's values or the commitment of the American government or the government's agencies to advancing those values an defending those values," he said. "I have spoken. I have made my own comments as to our values as well in a speech I gave to the State Department this past week."

In the past few weeks, many of the controversial figures in the Trump administration, such as Steve Bannon and Sebastian Gorka, have been ousted from the White House. It has been seen as a major loss on the far-right, as the so-called "globalists," whom Tillerson is said to be a part of, appear to have regained control of the power structure in the federal government.

Tillerson's comments on Sunday suggest there is still one more anti-globalist in the White House — the president himself.