Black-clad antifa were blamed for inciting violence at an event where over 4,000 came to protest racism, fascism 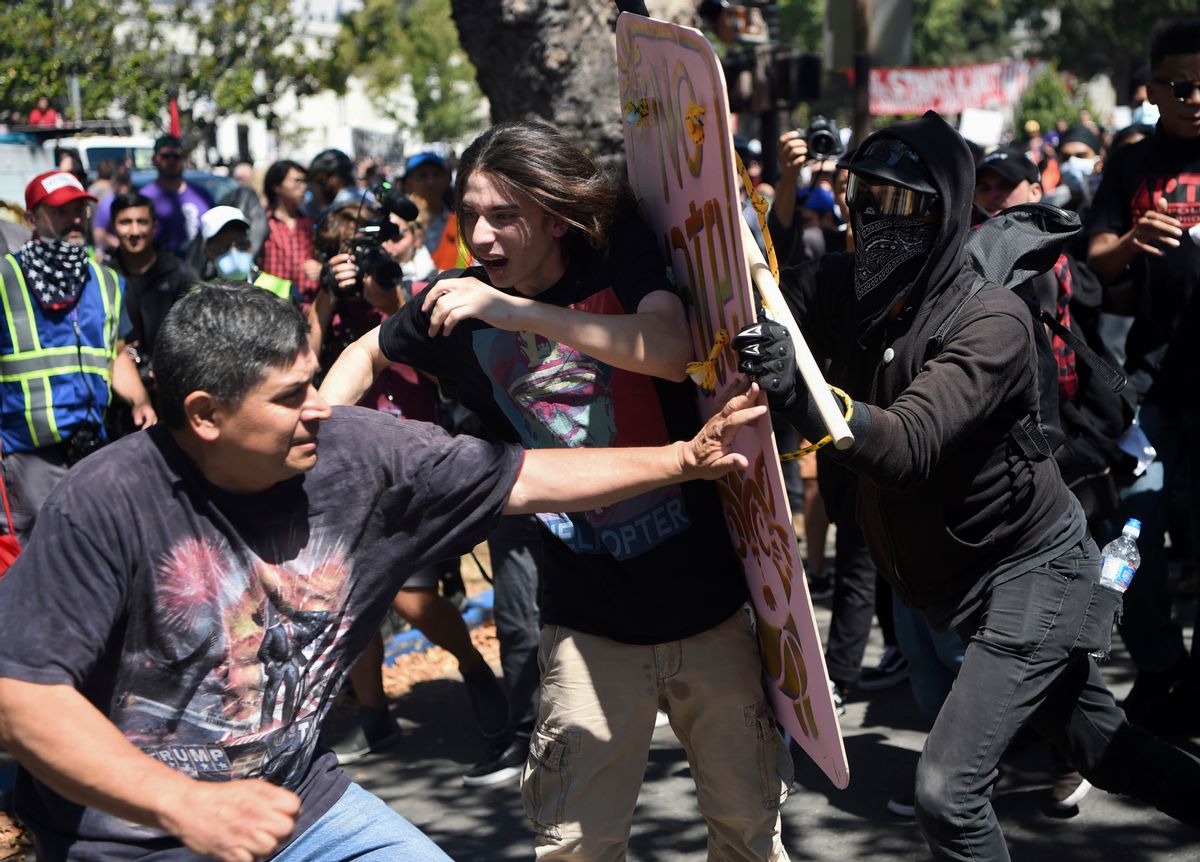 In Berkeley, the birthplace of the free speech movement, thousands of protesters clashed on Sunday during a highly anticipated event held by right-wing groups.

More than 4,000 people had gathered at the event near the city's Civic Center Park, police estimated. "No Trump, no KKK, no fascist USA," could be heard for blocks.

Black-cladded members of antifa soon disrupted the demonstrations, however, causing mayhem in the streets.

Joey Gibson, the leader of Patriot Prayer, a right-wing organization that canceled a planned event on Saturday that was to be held in San Francisco, was a target in Berkeley on Sunday. Police had to detain Gibson to ensure his safety.

One officer was injured during an arrest and several others were struck with paint, according to the Berkeley Police Department.

“We tried to make sure things stayed peaceful,” Coates said. “We try new and different strategies. Some work and some don’t. We’re learning.”

Kyle "Based Stickman" Chapman, a white nationalist who has played a prominent role in past rallies in Boston and Portland, was ordered by a judge to stay away from the protests in Berkeley on Sunday. Chapman took to Twitter to call the event a "set up."

"I applaud the more than 7,000 people who came out today to peacefully oppose bigotry, hatred and racism that we saw on display in Charlottesville," he said in a statement. "However, the violence that small group of protesters engaged in against residents and the police, including throwing smoke bombs, is unacceptable. Fighting hate with hate does not work and only makes each side more entrenched in their ideological camps."