When abuse becomes psychopathy: how to recognize it and how to call it out 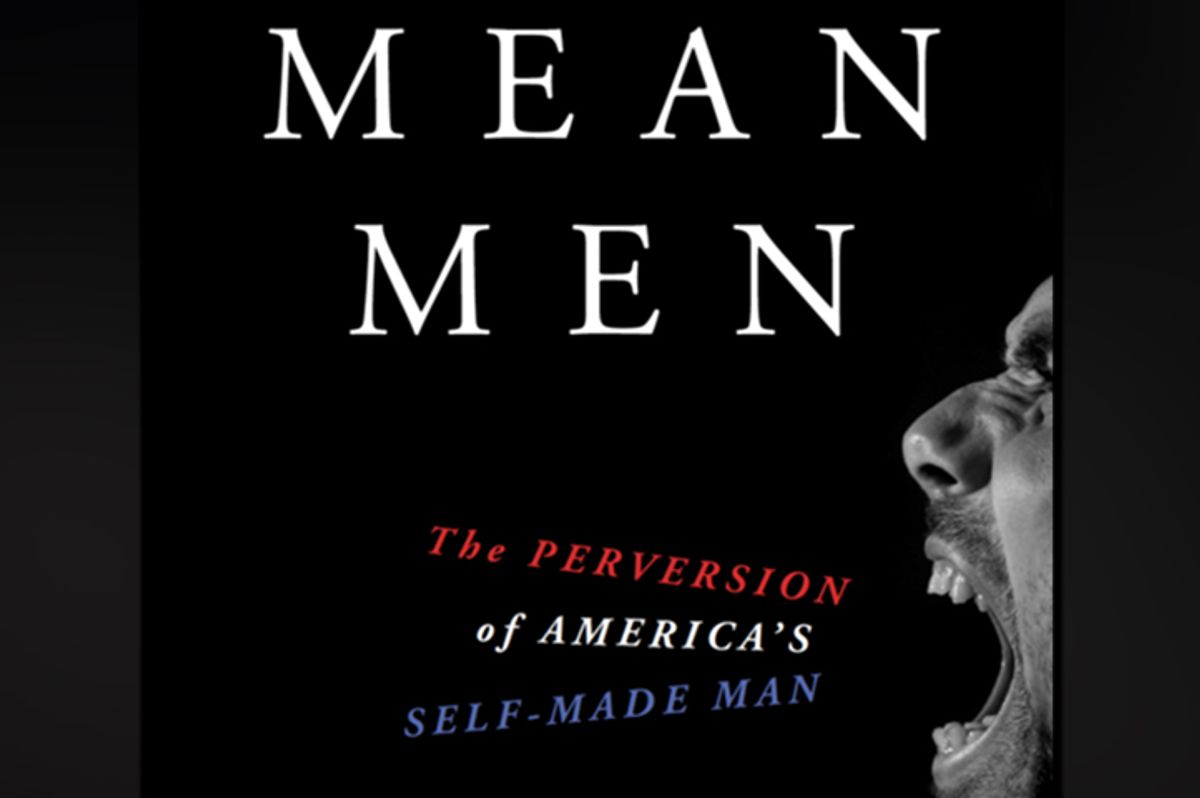 It can feel like a pretty thin line between the boss that's stringent, and even harsh versus abusive. But author Mark Lipton has found that the line is clearer than we think. The traits are recognizable, he says, and many of these men are actually "subclinical psychopaths." In Lipton's new book “Mean Men: The Perversion of America’s Self-Made Man,” he tells us who these "mean men" are, what their abuse looks like and how to call them out.

Lipton recently joined "Salon Talks" with Alli Joseph to discuss the patterns of mean men in the workplace and solutions for how society can move forward to no longer allow this abusive behavior to persist.

Here are some highlights from their conversation. Watch the video for more on mean men in the workplace.

On the personality of entrepreneurs and how meanness turns into a psycho-pathology:

Then I realized, it was my "holy shit moment," that what that equated to was a diagnostic classification for what's called psychopathy and we loosely call psychopaths. What I'm trying to be careful about in the book, is that most of the folks that are mentioned in the book, that we may talk about here, they're fairly high functioning. They may be really horrible people to be with, and work with, or be married to, or heaven and hell be our father, but they're functional. So these are subclinical psychopaths. They still meet the criteria, but the subclinical piece enables them to have another foot in the real world and somehow operate. Many fall off the cliff though.

On the specifics of these entrepreneurial characteristics and how to spot "mean men" at work:

For example, entrepreneurs need to have a high tolerance for risk. When mean men take risk, it's ready, fire, aim. They're risk-taking is almost compulsive. So high risk-taking; secondly, a great need for autonomy. They don't play well with others. They find it nearly impossible to create highly-effective groups, high-performing groups, which is why many of them fail as business entrepreneurs, because they can't deal with inter-dependency of others. Impulse control—entrepreneurs in general like action, but with these guys, impulse control is a huge problem. A need to control other people is one of the top ones. It comes from a dark place, but nonetheless what we see is the high need for control, the way they abuse their power. They suspect other people, they don't trust other people, and this is not an entrepreneurial characteristic, but mean men find it impossible to empathize. There's something incapable of it, it goes with the disorder.

On holding these mean men accountable:

As a society, I think we have to elevate and become more conscious of the style of leadership with organizations that we have an interest in. If it's a sports team, what's that coach like, and am I going to support that team with an abusive coach? With a business, am I going to give my money over to a business that has leadership that behaves this way? So there are a number of things we can do as a society. Even religion, in congregations, it's frightening how there are mean men that are leaders of religious congregations that I talk about. And there's a delay factor, but these guys can get taken down in that realm as well.

The next piece is at a group level, and there's power in numbers. So if I'm working for a mean man and I'm feeling very intimidated, and I just can't walk out, I need that job, where are my colleagues to support me and to if you will, speak truth to power. I've witnessed in many organizations where mean men were at least moderated. Their board kind of knocked them around a bit, and at least—they were still mean men, but not as dangerous. In other organizations they were taken down, because employees rose up and made that behavior known, and bought it right back to the value of proposition to the board. As individuals, I think we have to call it out, we just have to call it out when we see it.