"What a crowd, what a turnout": Trump boasts of crowd size during Hurricane Harvey tour

Donald Trump marvels at turnout for him, after vowing not to congratulate himself for Hurricane Harvey response 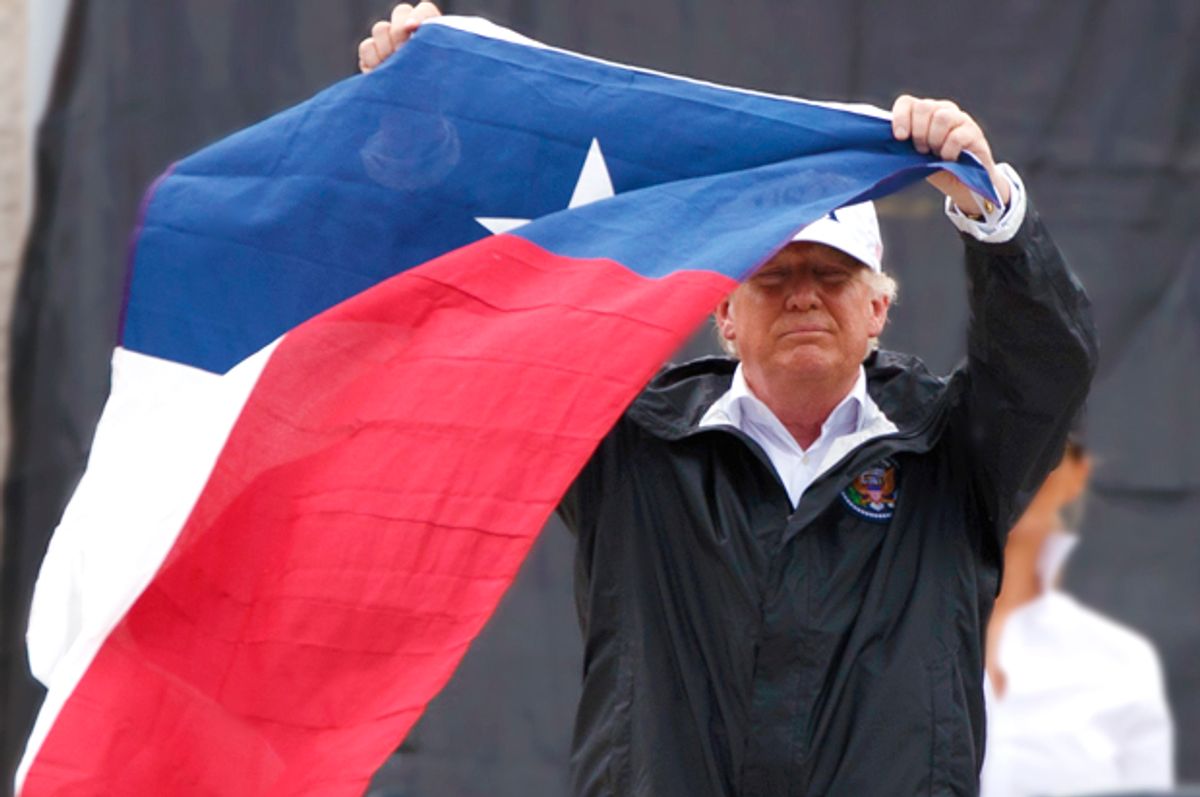 Amidst "catastrophic" floods in Houston, President Donald Trump and first lady Melania Trump paid visits to Austin and Corpus Christi, Texas on Tuesday -- but their visit looked like more of an opportunity to take pictures than anything else.

The first lady was immediately criticized on social media after she was seen leaving the White House in stiletto heels, but she changed into sneakers prior to stepping off of Air Force One in the Lone Star State, according to the New York Daily News. It was also reported that Trump was avoiding some of the worst areas to not distract recovery efforts and will return Saturday.

"The president wants to be very cautious about making sure that any activity doesn't disrupt any of the recovery efforts that are still ongoing," White House press secretary Sarah Huckabee Sanders said on Tuesday.

Once in Texas, Trump vowed not to congratulate himself but praised FEMA administrator Brock Long, who he said has "become very famous on television over the last couple of days."

Before reaching Austin, Trump stood atop a truck outside a Corpus Christi firehouse and addressed a crowd of supporters. "What a crowd, what a turnout," he said. It was quickly noted on Twitter that Trump has focused on ratings, crowd size and fame in regards to the disaster.

"It’s a real team, and we want to do it better than ever before," Trump said, regarding the response effort, while meeting with numerous local, state and federal officials, according to the New York Times. "We want to be looked at in five years, in 10 years from now as, this is the way to do it."

Austin residents expressed mixed reactions to the president's impending visit, with some telling him he should have stayed in Washington and saved government funds for those are are still currently in need, while others thanked him for coming to town.