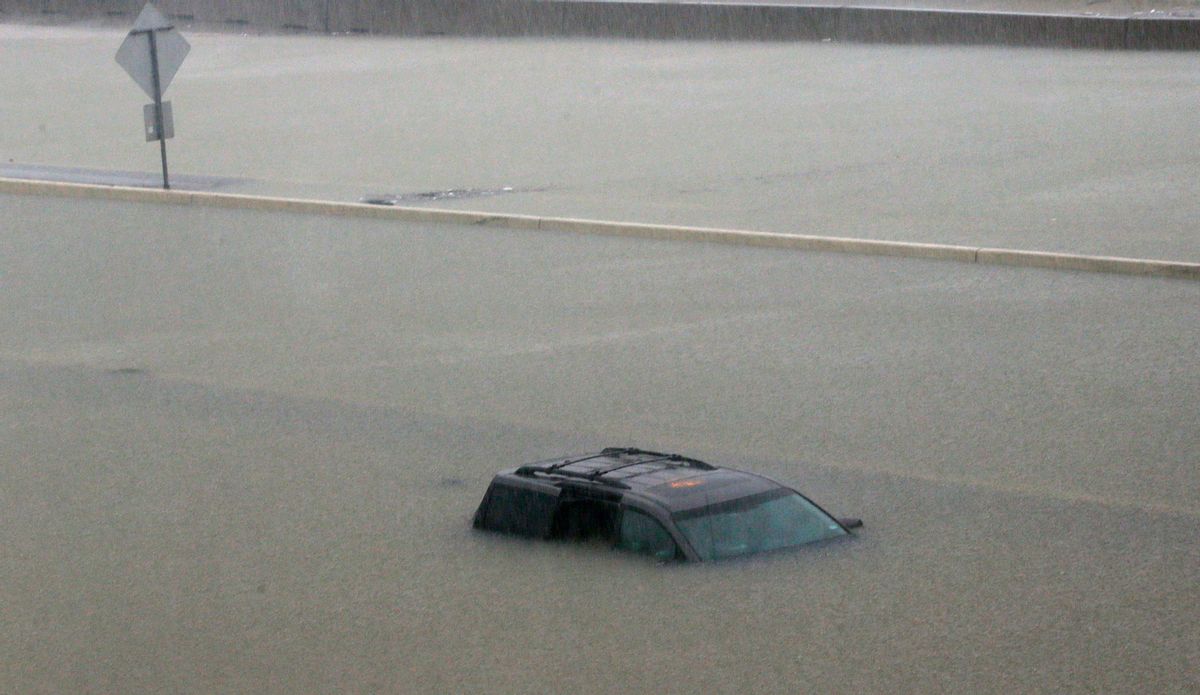 Catastrophic flooding in Houston from Hurricane Harvey is the latest reminder that floods kill more people in the United States than any other type of natural disaster and are the most common natural disaster worldwide. Many communities along U.S. coastlines have begun to take heed and have slowed development in coastal flood zones. The bad news, as Harvey shows, is that inland communities are also at risk — and in some, development in flood zones is increasing.

With post-doctoral research associate Yi Qiang and graduate students, I recently studied development patterns in the United States from 2001 to 2011. We found that while new urban development in flood zones near coasts has generally declined, it has grown in inland counties. This is a worrisome trend. It implies that people who have experienced flooding on the coast migrate inland, but may not realize that they are still vulnerable if they relocate to an inland flood zone.

That’s what we have seen firsthand here in Louisiana. Thousands of people fled New Orleans after Hurricane Katrina in August 2005 and settled 80 miles inland in Baton Rouge. A decade later, many of these same people lost everything again when a 500-year flood event struck Baton Rouge in August 2016.

Climate change effects, such as sea level rise and potentially more extreme weather, are increasing the risk of flooding, hurricanes and storm surges in coastal areas. Some communities are considering moving coastal populations inland to protect them. However, our research shows that people should be very careful about moving inland. They can still face flood hazards if their property is located in a high-risk flood zone.

Not just a coastal issue

Flooding can happen wherever large rainstorms stall over an area, as we have seen in Boulder, Colorado in 2013; in Texas and Louisiana in 2016; and over Houston now. However, if communities take steps to reduce flood risk, they can mitigate the danger to people and property.

When we assess flood risk in a given location, we consider three questions.

Flood risk is the product of these three elements.

We can decrease flood risk by reducing any of the three elements. For example, communities can reduce hazard by building flood control structures, such as dams and levees. They can use laws and policies, such as land use controls, to reduce exposure by steering housing development away from flood zones. And they can make people and property less vulnerable through other measures, such as elevating houses and developing better flood warning systems and emergency preparedness plans.

How can people learn about flood risks where they live? The Federal Emergency Management Agency has created flood zone maps for most parts of the United States. The maps are based on models that consider factors such as elevation, average rainfall and whether a location is near a river or lake that could overflow.

FEMA maps classify flood zones into three categories: high-risk, moderate-low risk and undetermined. High-risk zones have at least a 1 percent chance of being inundated by flood in any given year. These areas are also called base flood or 100-year flood zones.

To obtain a federally insured mortgage on property in a 100-year flood zone, buyers are required to have flood insurance. This policy is designed to make people less vulnerable in the event of a flood, but it increases the cost of home ownership. As a result, flood zone designations can be very contentious.

These are all coastal communities, where flood risks should be well-known to all residents. But we also found inland counties where the share of the total population living in flood zones increased over the decade we examined. A number of those with the largest increases are bordered by rivers, such as Marshall County in western Kentucky, which sits between Kentucky Lake and the Ohio River. We also identified several hot spots where urban development has increased in coastal flood zones, including New York City and Miami.

This alarming trend points to a need for more awareness, education and communication about flood risk, especially in inland counties. More affordable housing in nonflood zones and strategies to mitigate floods are also needed, especially inland.

Why would people move to inland flood zone areas? Some may be unaware of the risk. Others may plan to adapt through steps such as elevating their houses or buying flood insurance. Still other may accept the risk because they want to be closer to relatives or workplaces, or for other cultural, political or institutional reasons.

Our analysis has pinpointed a number of regions of concern. The next step is to produce in-depth analyses of these regions, in order to understand why people are locating in flood zones there, and to devise local strategies to reduce overall U.S. flood risks. Climate change, land subsidence or sinking, and construction of new levees and dams will change long-term flood exposure in these areas over time. Therefore, local governments, mortgage lenders and homeowners should review current FEMA flood hazard maps for accuracy.

This research provides national context for a detailed study that we are carrying out examining resilience and sustainability in the Mississippi River Delta. Our goal is to understand how human actions combined with natural environmental conditions may have caused land to sink in the Mississippi Delta. Our research on development in flood zones reminds us that flooding problems in low-lying coastal regions are not unique and also affect areas well away from the shore.