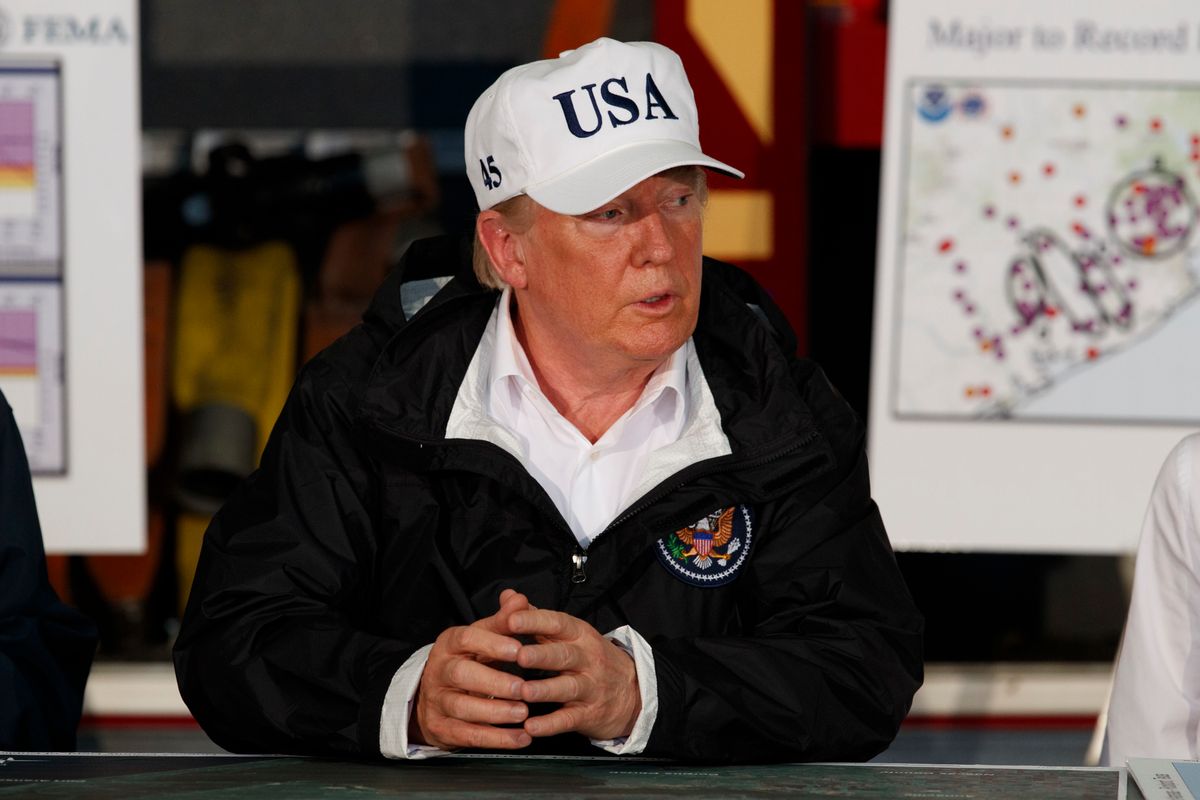 President Donald Trump flew to Texas on Tuesday to survey the damage caused by Hurricane Harvey, earning him praise for his involvement with the biggest natural disaster of his short tenure. But Trump picked a weird location to visit, Corpus Christi, which was far enough away to be largely unaffected by Harvey.

Politico noted Tuesday that Trump "didn’t meet a single storm victim, see an inch of rain or get near a flooded street," but the trip did give "the optics-obsessed president some of the visuals he wanted."

Over the past few days, the president has been more preoccupied with the storm's size than the people whose lives it has affected. A quick glance at Trump's Twitter feed would lead one to believe that the president was actually rooting for an epic, once in a lifetime disaster.

Many people are now saying that this is the worst storm/hurricane they have ever seen. Good news is that we have great talent on the ground.

Trump has reminded anyone who would listen that that the floods caused by Hurricane Harvey has been "historic" and "unprecedented." He seemed to be genuinely in awe of Harvey's wrath, but America hasn't heard a peep about those who have died.

The death toll of Hurricane Harvey has reached 30. A first responder and a family of six are among the dead. Trump's fascination with the size of the storm comes across as a president trying to avoid any responsibility for relief and the unimaginable costs that will follow.

If the storm truly was a "500 year" weather event, Trump cannot possibly do anything to mitigate the damages.

Trump has tweeted false assurances, saying that relief efforts have been "going well!" But the damage has been done, and Trump has barely acknowledged it. According to Bloomberg, rebuilding southeastern Texas, which is currently under water, could cost $30 billion. The number who have died and lost their homes will likely haunt Houston for years to come. And the president was almost rooting for it.