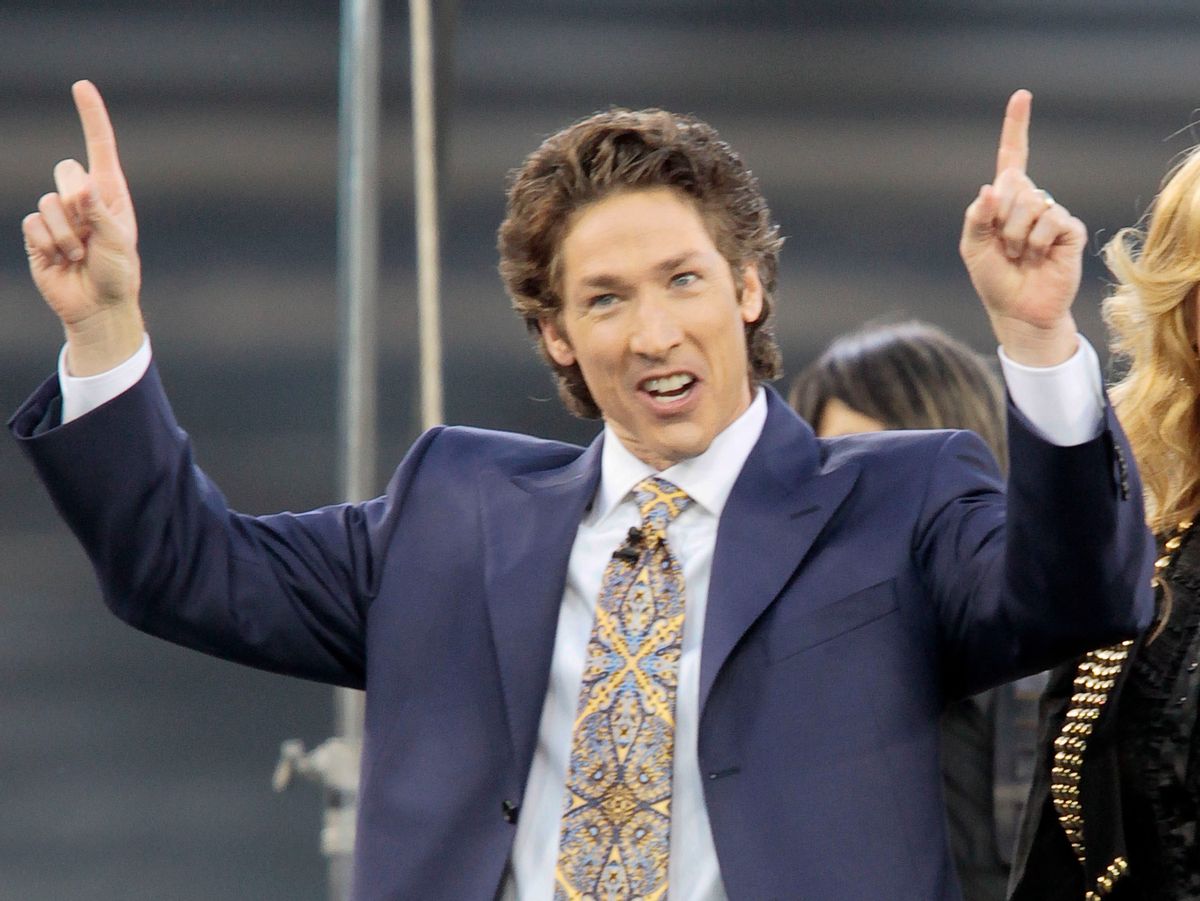 Joel Osteen felt the wrath of a nation after his megachurch in Houston did not initially open its doors for those displaced by Hurricane Harvey.

The televangelist said Wednesday that his church, which seats 17,000, would now be accepting victims of the devastating storm. But he is still feeling the heat after his excuse for the delayed response.

"The narrative is we didn't want to take people in or we didn't open in time, you know, is totally not true," Osteen said." "I think somebody created that narrative that somehow we were high and dry and none of that is true. This building was a safety issue and we took people in from the very beginning."

The wealthy TV pastor then added: “The main thing is the city didn’t ask us to become a shelter then.”

Federal officials have estimated that over 30,000 Texas residents could be displaced from the storm. Americans have witnessed some true heroism during the disaster — from the first responders to thousands of nonprofit donors. But perhaps the most inspiring altruism has come from Texans who have opened their homes and businesses as shelter to thousands of people. Take, for instance, Jim McIngvale, also known as "Mattress Mack," who turned his gallery furniture stores in the Houston area into sanctuaries for everyone affected by the tragedy.

This generosity and selflessness only raised more questions as to why a prominent Christian wasn't doing more to help his neighbors. A lack of resources was not a legitimate excuse. In 2015, the San Francisco Chronicle reported that the Lakewood Church’s annual budget was $70 million and that it received $30 million each year in mailed donations.

While the city may not have asked Osteen for his assistance, other religious groups volunteered to help any way that they could.