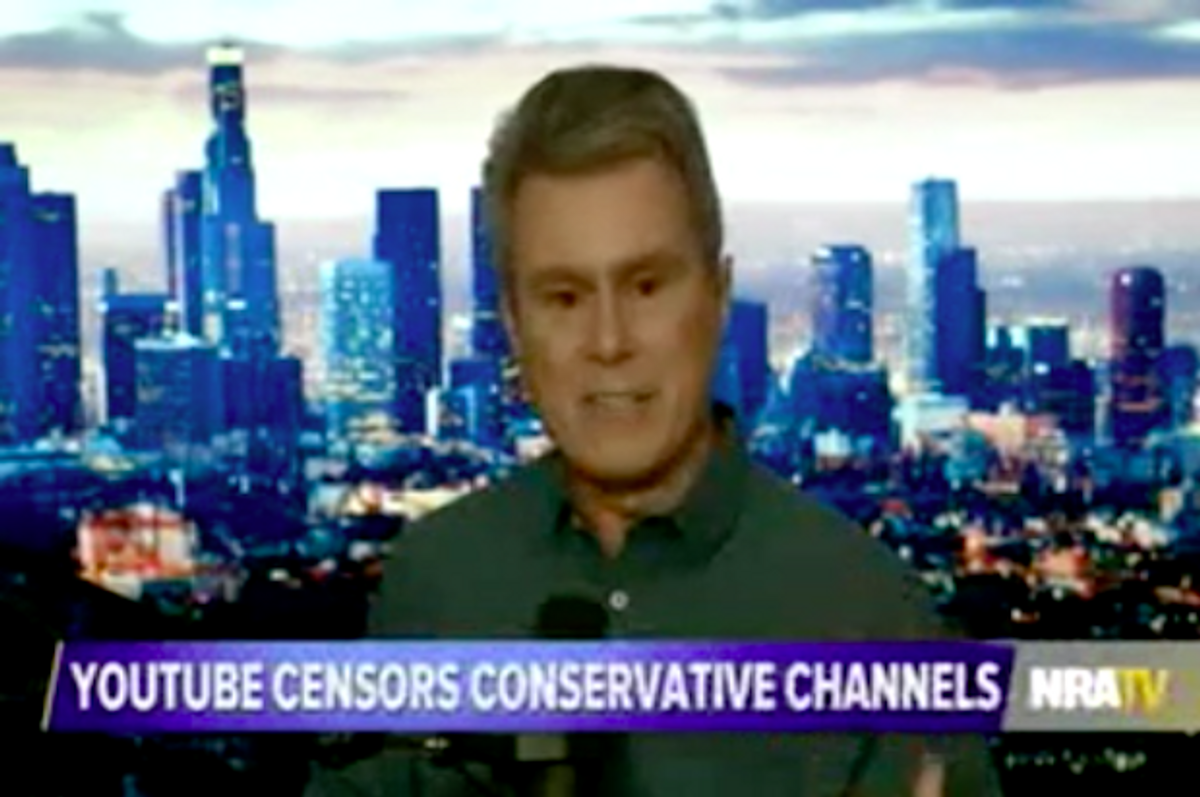 Bill Whittle, a host for the National Rifle Association’s news outlet NRATV, claimed that the country’s first black president “set race relations back 100 years” with his administration, effectively comparing today’s America to a time when state-sanctioned segregation was permitted and lynchings were commonplace.

Whittle is the host of NRATV’s newest program, "Bill Whittle’s Hot Mic", a show that supposedly focuses on “left-wing pop culture’s war on our freedom and rights,” but which routinely veers off topic to discuss race, with African-Americans bearing the brunt of the criticism. On his program, Whittle has repeatedly slammed Black Lives Matter for focusing on police brutality instead of “black-on-black homicide,” has claimed “90 percent or more of the racial problems that we have in this country are manufactured by the left,” and has accused both cities run by Democrats and mainstream news organizations of being racist.

Whittle has also made racially insensitive comments as a regular guest on NRATV’s news program "Stinchfield". He previously called CNN’s Don Lemon a “miserable racist” against white people for noting that President Donald Trump sounds different when using a teleprompter, and he has claimed the country doesn’t need the Democratic Party because there is no “genuine black oppression as there was in the past.”

During the August 28 edition of Bill Whittle’s Hot Mic, Whittle claimed the goal of the Democratic Party over the last two decades has been “to take America, . . . divide it up into little tribes, and set the tribes at war against each other.” He went on to claim that the Obama presidency “set race relations back 100 years in this country”:

Bill Whittle (Host): Ladies, I want to talk to you about something real quick here. I had a friend who was talking about this today on camera. He said he watched a little clip of "All In The Family" last night and it was an episode where Lionel Jefferson had a girlfriend whose parents were mixed race or something. And he said you simply couldn't air that show today, that episode of "All In The Family", because it was so open, it was so honest about the discussion of these things. And it's pretty clear to me that the entire job of the left over the last 20 years has been to take America, which is essentially unbeatable if it’s one country, divide it up into little tribes, and set the tribes at war against each other. And it seems to me that Barack Obama’s presidency set race relations back 100 years in this country.

Whittle also has a long history of promoting academic racism, including endorsing discredited theories that posit black people are intellectually inferior to other races, while appearing as a regular guest on “alt-right” commentator Stefan Molyneux’s YouTube channel. During interviews with Molyneux, Whittle describedAfrican-Americans who support the Democratic Party as literal slaves who prefer to remain in captivity because they can trade a willingness to commit voter fraud for welfare benefits. During one 2016 appearance, Whittle called inner city residents “unemployed and unemployable” and said that they should get jobs because a job “beats the laziness” out of people and “disciplines” them into “civility.” He also called then-President Barack Obama an “unqualified, unknown individual” who was elected “specifically and only because he is black” during a January 2016 appearance and said that by electing Obama, “we’re atoning for our slavery.”