Trevor Noah: "The gap between the lie and the truth could not be wider" 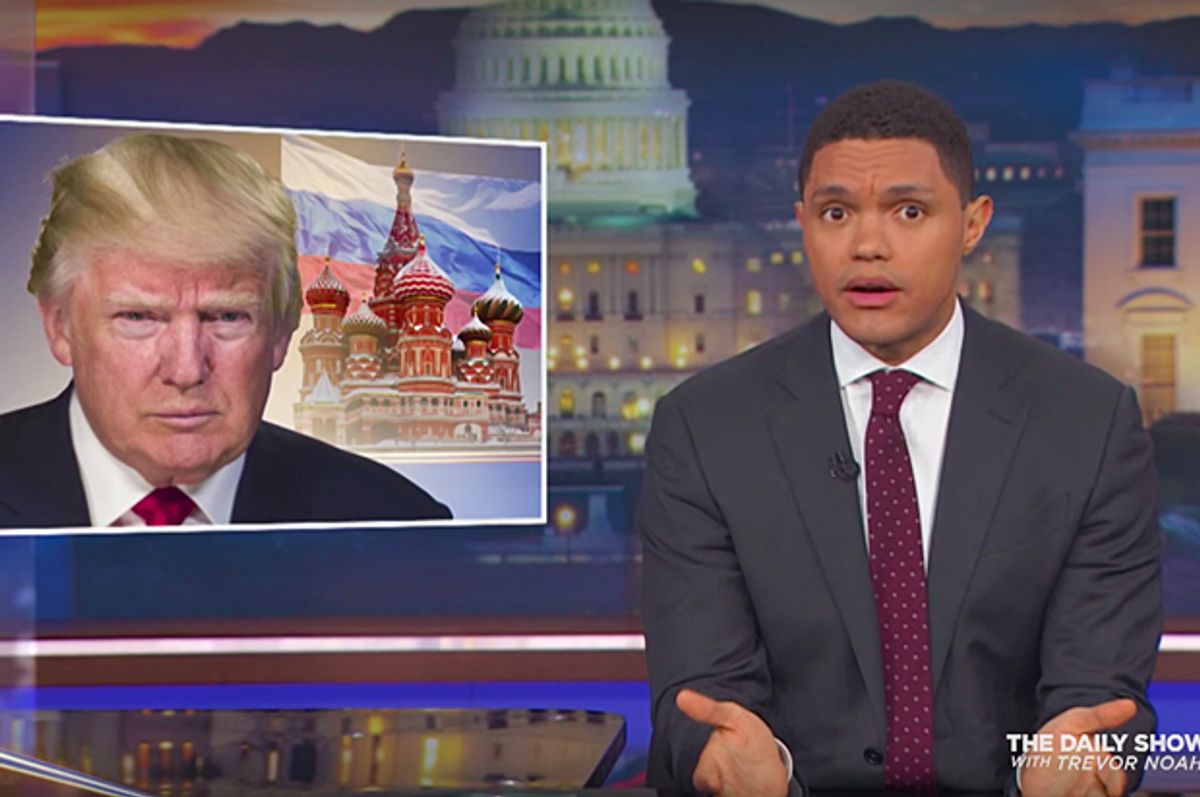 With everything happening in this country right now — natural disasters, Joe Arpaio's pardon, violent white supremacy — the investigation of President Donald Trump's connections to Russia has understandably taken somewhat of a backseat.

Yet, the investigation into possible ties between the Russian government during the president's 2016 campaign is ongoing and still offering up a regular series of shockers (the news that Trump was looking at building a tower in Moscow during the election is the most recent one).

Last night, "The Daily Show" offered a bit of a refresher on the potential collusion, as well as new information on the matter. "We turn now to America's capital," host Trevor Noah said. "Moscow."

Noah then launched into a review of Monday's news that Trump lawyer Michael Cohen had turned over to Congress a copy of what appeared to be a letter of intent to move forward with a construction project in Moscow signed by his client during the 2016 campaign. According to ABC, the real estate deal would have included construction of the tallest building in the world.

"How can one person lie so big?" Noah screamed. "You have no connections with Russia, but you signed a deal to build the world's tallest building there? The gap between the lie and the truth could not be wider."

"We suspected this before and now it's confirmed," Noah continued. "Yes, during the campaign, Donald Trump totally had connections to Russia. Now, the remaining question is: were those connections strictly business, or were they getting on a votey votey action?"

Reportedly, the middleman of the construction project was Felix Sater, a Russian-born real estate developer, convicted felon and FBI informant. Trump's team has also denied any collaboration with Sater. But the emails from Sater to Cohen said, "Buddy, our boy can become President of the USA and we can engineer it. I will get all of Putin's team to buy in on this," The Washington Post first reported.

Trevor noted that despite the Trump camp's denials that Sater was a senior advisor to the candidate, Sater himself was issued business cards by the Trump organization embossed with the title "Senior Advisor" in gold letters.

See the whole lively segment below.