The 2 degrees that matter most 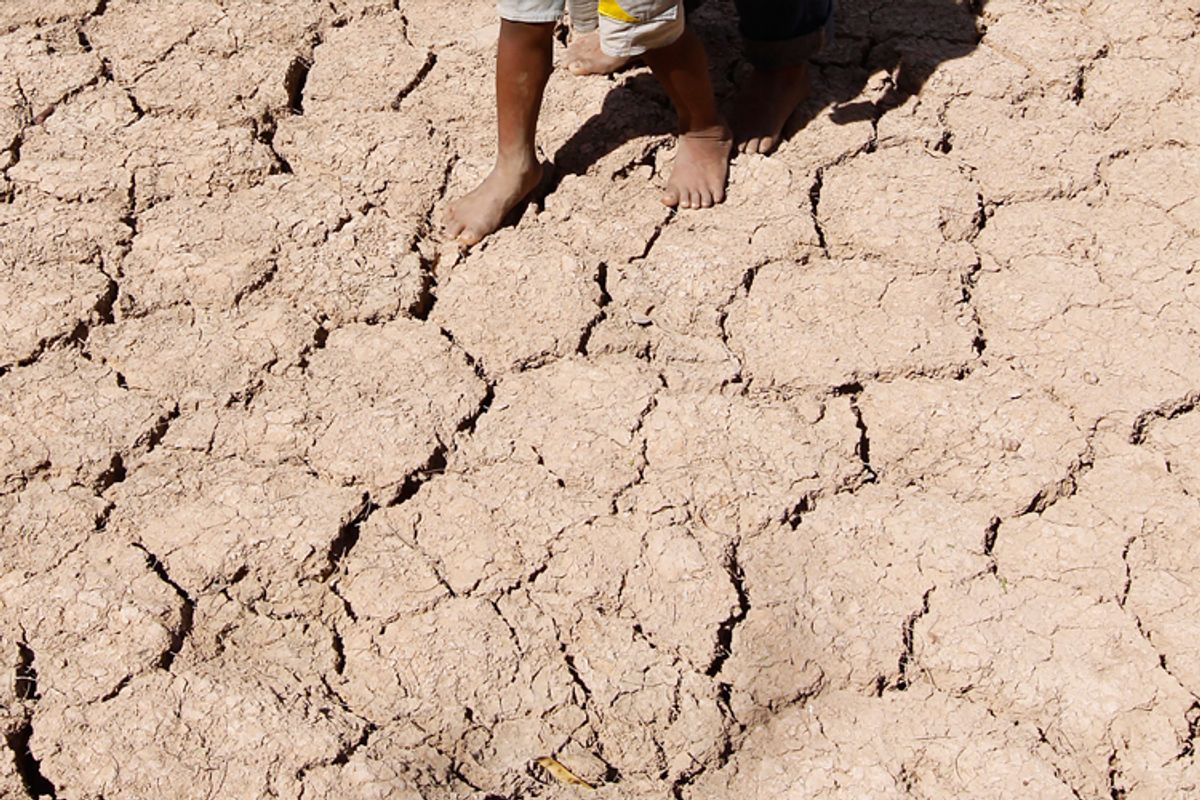 If you read or listen to almost any article about climate change, it’s likely the story refers in some way to the “2 degrees Celsius limit.” The story often mentions greatly increased risks if the climate exceeds 2°C and even “catastrophic” impacts to our world if we warm more than the target.

Recently a series of scientific papers have come out and stated that we have a 5 percent chance of limiting warming to 2°C, and only one chance in a hundred of keeping man-made global warming to 1.5°C, the aspirational goal of the 2015 Paris United Nations Framework Convention on Climate Change conference. Additionally, recent research shows that we may have already locked in 1.5°C of warming even if we magically reduced our carbon footprint to zero today.

And there’s an additional wrinkle: What is the correct baseline we should use? The Intergovernmental Panel on Climate Change (IPCC) frequently references temperature increases relative to the second half of the 19th century, but the Paris Agreement states the temperature increases should be measured from “preindustrial” levels, or before 1850. Scientists have shown such a baseline effectively pushes us another 0.2°C closer to the upper limits.

That’s a lot of numbers and data – so much that it could make even the most climate-literate head spin. How did the climate, and climate policy community, come to agree that 2°C is the safe limit? What does it mean? And if we can’t meet that target, should we even try and limit climate change?

The academic literature, popular press and blog sites have all traced out the history of the 2°C limit. Its origin stems not from the climate science community, but from a Yale economist, William Nordhaus.

In his 1975 paper “Can We Control Carbon Dioxide?,” Nordhaus, “thinks out loud” as to what a reasonable limit on CO2 might be. He believed it would be reasonable to keep climatic variations within the “normal range of climatic variation.” He also asserted that science alone cannot set a limit; importantly, it must account for both society’s values and available technologies. He concluded that a reasonable upper limit would be the temperature increase one would observe from a doubling of preindustrial CO2 levels, which he believed equated to a temperature increase of about 2°C.

Nordaus himself stressed how “deeply unsatisfactory” this thought process was. It’s ironic that a back-of-the-envelope, rough guess ultimately became a cornerstone of international climate policy.

The climate science community subsequently attempted to quantify the impacts and recommend limits to climate change, as seen in the 1990 report issued by the Stockholm Environmental Institute. This report argued that limiting climate change to 1°C would be the safest option but recognized even then that 1°C was probably unrealistic, so 2°C would be the next best limit.

During the late 1990s and early 21st century, there was increasing concern that the climate system might encounter catastrophic and nonlinear changes, popularized by Malcolm Gladwell’s “Tipping Points” book. For example, continued carbon emissions could lead to a shutdown of the large ocean circulation systems or massive permafrost melting.

This fear of abrupt climate change also drove the political acceptance of a defined temperature limit. The 2°C limit moved into the policy and political world when it was adopted by the European Union’s Council of Ministers in 1996, the G8 in 2008 and the UN in 2010. In 2015 in Paris, negotiators adopted 2°C as the upper limit, with a desire to limit warming to 1.5°C.

This short history makes it clear that the goal evolved from the qualitative but reasonable desire to keep changes to the climate within certain bounds: namely, within what the world had experienced in the relatively recent geological past to avoid catastrophically disrupting both human civilization and natural ecosystems.

Climate scientists subsequently began supporting the idea of a limit of 1°C or 2°C starting over three decades ago. They showed the likely risks increase with temperatures over 1°C, and those risks grow substantially with additional warming.

And if we miss the target?

Perhaps the most powerful aspect about the 2°C threshold is not its scientific veracity, but its simplicity as an organizing principle.

The climate system is vast and has more dynamics, parameters and variations in space and time than is possible to quickly and simply convey. What the 2°C threshold lacks in nuance and depth, it more than makes up as a goal that is understandable, measurable and may still be achievable, although our actions will need to change quickly. Goals and goal-setting are very powerful instruments in effecting change.

While the 2°C threshold is a blunt instrument that has many faults, similar to attempting to judge a quarterback’s value to his team solely by his rating, its ability to rally 195 countries to sign an agreement should not be discounted.

Ultimately, what should we do if we cannot make the 1.5°C or 2°C limit? The most current IPCC report shows the risks, parsed by continent, of a 2°C world, and how they are part of a continuum of risk extending from today’s climate to a 4°C.

Most of these risks are assessed by the IPCC to increase in steady fashion. That is, for most aspects of climate impacts we do not “fall off a cliff” at 2°C, although considerable damage to coral reefs and even agriculture may increase significantly around this threshold.

Like any goal, the 2°C limit should be ambitious but achievable. However, if it is not met, we should do everything we can to meet a 2¼°C or 2.5°C goal.

These goals can be compared to the speed limits for trucks we see on a mountain descent. The speed limit (say 30 mph) will allow trucks of any type to descend with a safety margin to spare. We know that coming down the hill at 70 mph likely results in a crash at the bottom.

In between those two numbers? The risk increases – and that’s where we are with climate change. If we can’t come down the hill at 30 mph, let’s try for 35 or 40 mph. Because we know that at 70 mph – or business as usual – we will have a very bad outcome, and nobody wants that.