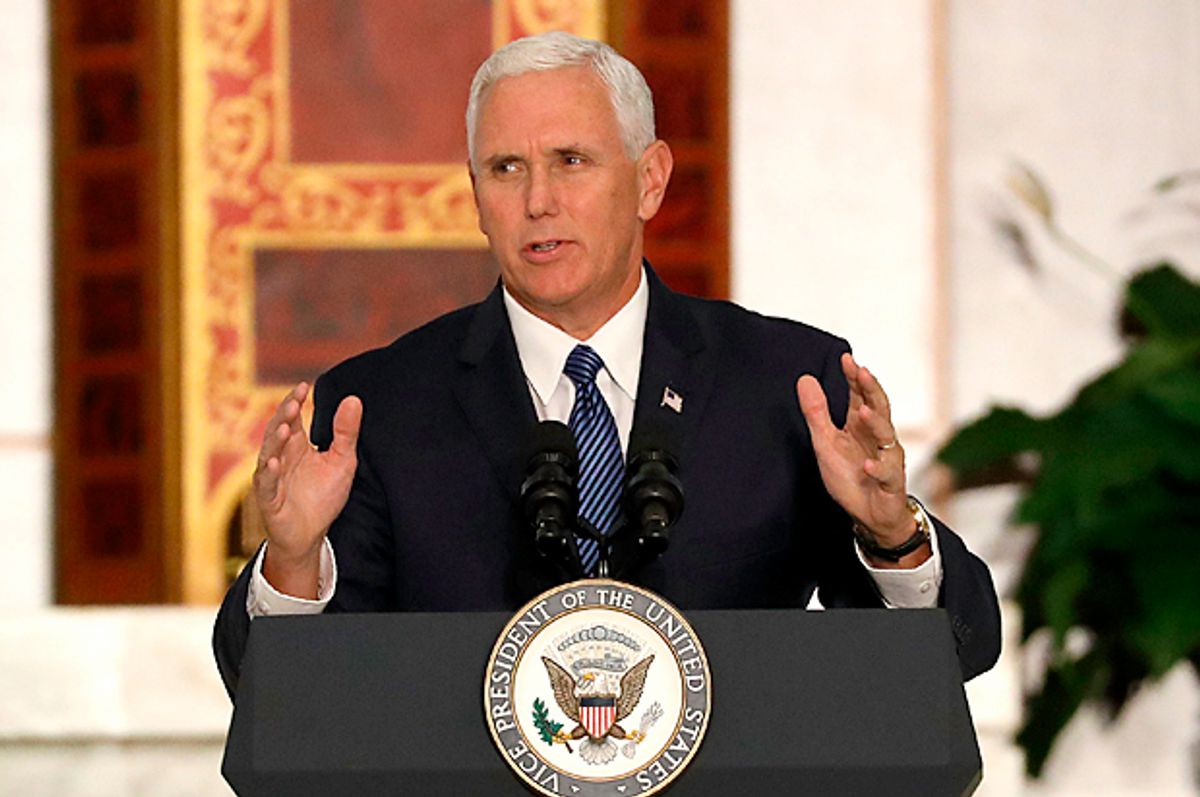 Vice President Mike Pence made a trip to Texas on Thursday to do what President Donald Trump didn't do — meet with and console survivors of the storm that ravaged the state's coast.

Pence and his wife, Karen Pence, landed in Corpus Christi on Tuesday and traveled to the small town of Rockport to survey wreckage and greet survivors, according to The Washington Post. Rockport was one of the first places hit last Friday when the storm was still a Category 4 hurricane.

Pence, who once used the Bible to justify not sending aid to Louisiana after Hurricane Katrina, was joined by several Cabinet members, including Energy Secretary Rick Perry, formerly the Texas governor, the Post reported.

"We promise you, we're going to stay with you every step until we bring Southeast Texas back bigger and better than ever before," Pence told a crowd, according to Dallas News. "You've inspired the nation by your resilience and by your courage. We've just come to commend you and encourage you."

Trump took a trip to Texas on Tuesday, where he met with local and state officials in Corpus Christi and in Austin, but distanced himself from areas that were still being battered by the storm. The White House said the president didn't want to disrupt ongoing aid and recovery efforts. Instead, he took a trip to a Corpus Christi firehouse, where he was greeted by a gathering of his supporters and commented on how many people were there, as if he were at one of his rallies.

Trump "spent far more time in the air than on the ground," Politico reported. Which "gave the optics-obsessed president some of the visuals he wanted, as he checked in on the government apparatus working on relief efforts and was buoyed by a roaring crowd of locals."

The president is, however, expected to make another trip to Texas on Saturday, according to The Hill. He is scheduled to visit other parts of the state that have been badly damaged.