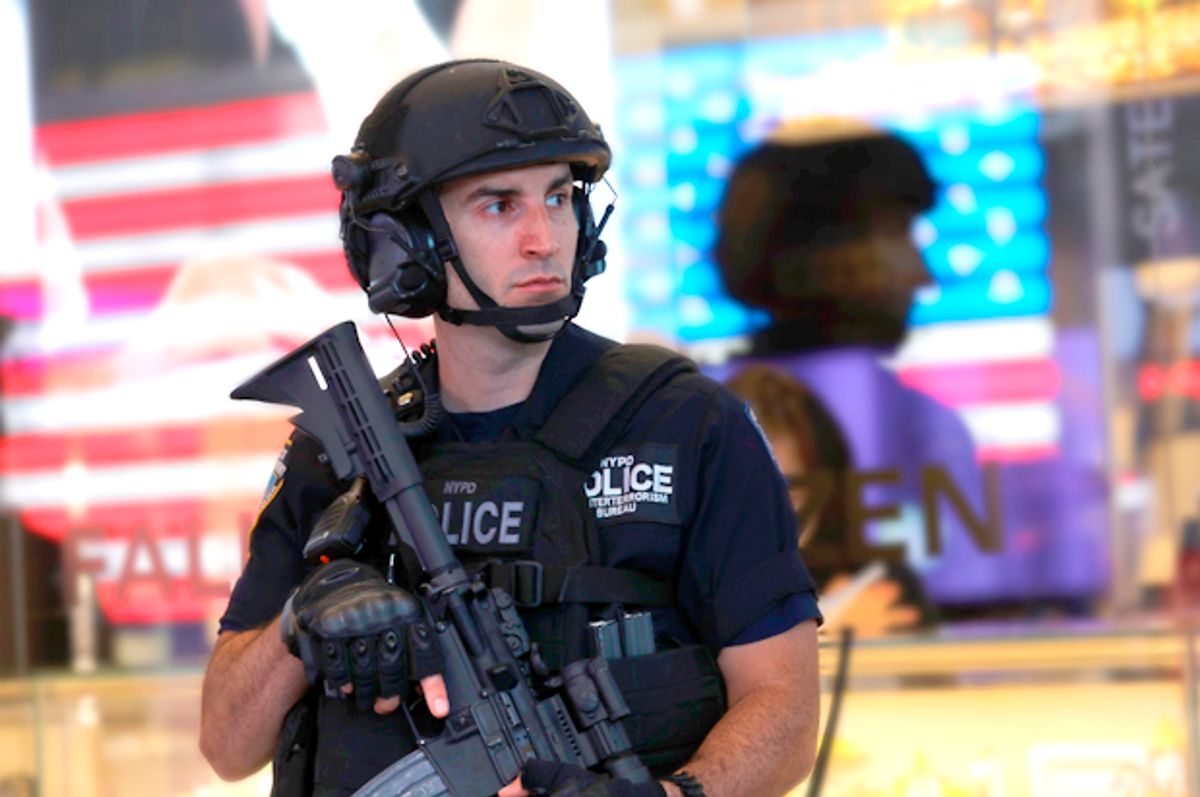 As we support the relief efforts in Houston and the rest of Texas affected by Harvey, it’s important as well not to lose focus on the Trump administration as they fight to undo any good that has been accomplished in the past eight years. The latest development came a few days ago, when President Trump signed an executive order to allow military equipment to be transferred to local police departments.

The NAACP Legal Defense Fund issued a statement on the order. "Just as we feared, the Administration moved forward with plans to remove limitations on the transfer of certain surplus military gear to state and local police departments. Now tracked armored vehicles, bayonets, grenade-launchers, and camouflage uniforms will once again be placed in the hands of law enforcement officers patrolling our streets without any officer training, data collection or reporting requirements” said Janai Nelson, Associate Director-Counsel at the LDF.

“We’ve seen the devastating impact an overly-militarized police force has on communities of color. Undoing these sensible restrictions endangers public safety and further erodes the relationship between police and the communities they are required to serve by feeding the false notion that the public – especially people of color – are enemy combatants. When law enforcement agencies are given powerful weaponry, they will use it,” she said.

Coming from Baltimore, a city that has developed a reputation for rogue police officers after the killing of Freddie Gray, the seven officers indicated on racketeering and overtime fraud charges, the officers caught on body cam tape planting evidence, and now Sgt. Thomas Allers, a Baltimore cop accused of robbing citizens who weren’t criminals and covering for other officers who did the same, the idea of arming police departments with bigger and stronger weapons seems beyond absurd.

These police officers are killing, stealing, selling drugs, and committing other crimes with regular service weapons and batons, and Trump wants to arm them with grenade launchers and bayonets?

The Department of Justice has examined Cleveland, Baltimore and Ferguson, Missouri within the past few years and has found nothing but reasons to be more tough on police, but that doesn’t appear to matter to the president. With the national culture of corruption and a wave of police violence sweeping the nation, how can the administration add more unnecessary weaponry into the mix?