Host Brian Kilmeade says enough is enough with the investigation, calling the creation of the probe "criminal" 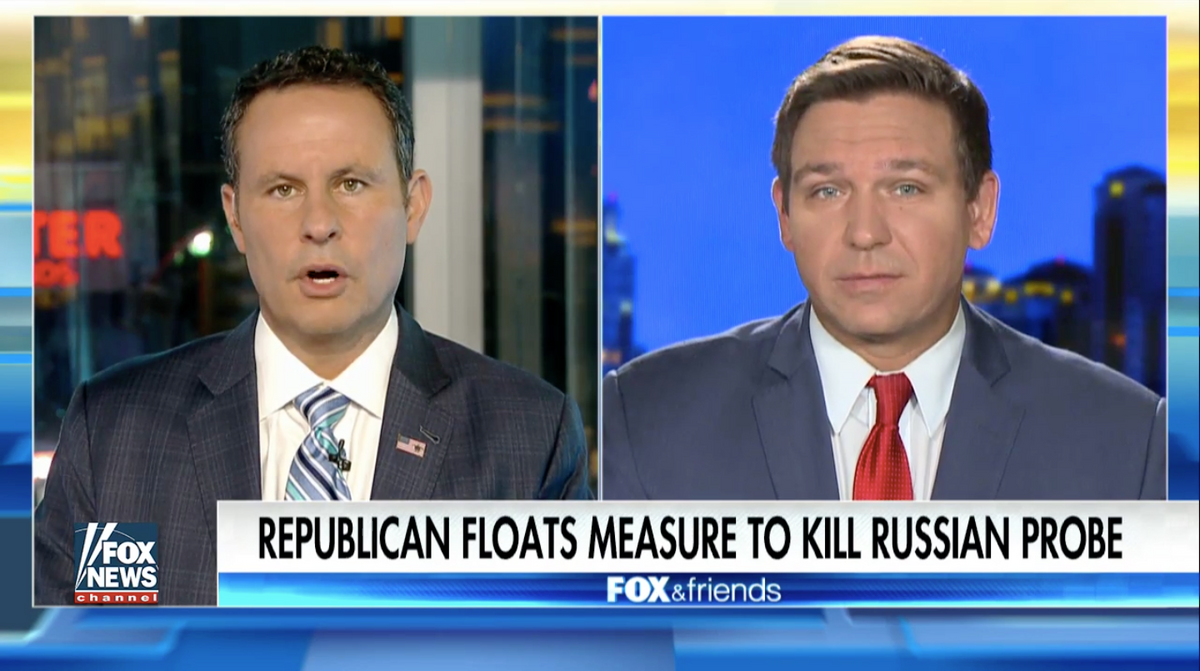 Fox News' morning program is advocating for the end of the Russia investigation. "Fox & Friends" invited Florida Rep. Ron Desantis onto the show Thursday to promote his legislation that would kill special counsel Robert Mueller's probe into President Trump's ties to Russia.

Co-host Brian Kilmeade sounded as if he would co-sponsor the bill himself if he were on the Hill, "Congressman, six months is enough," he said to start the interview.

The Trump administration has undoubtedly been plagued by the steady probe into the Trump campaign's possible collusion with Russia during the 2016 presidential election. The president's agenda has all but stalled, thanks in large part to the probe, which has revealed shady connections between Trump campaign officials and the Kremlin.

To make matters worse for the president, Mueller has teamed up with New York Attorney General Eric Schneiderman, suggesting that they are prepared to bring state crimes — which the president cannot pardon — against Trump associates.

Kilmeade asked Desantis if it bothered him that Mueller was conferring with Schneiderman, whom Kilmeade called Trump's "archenemy." Desantis called the investigation a "fishing expedition."

Desantis also took a shot at Rod Rosenstein, the deputy attorney general, for giving Mueller such a broad scope in his investigation.

Kilmeade agreed. "Rosenstein seems to be a gift to Democrats and anti-Trumpers that just want to see this president not be successful. The way this was written seems criminal," he said.

While six months of investigating has crossed a line for Kilmeade, he talked a different game during the Benghazi hearings. The Fox News host denied at the time that the Benghazi investigation was political.

"Anyone who says this is politically driven, or it’s against the president, that’s out the window. Because if there’s a non-political season in this world in American politics, it’s now. The mid-terms aren’t close," he said back in May 2013.

It sure seems as if Kilmeade's current grievances are political. At the end of Thursday's interview, Kilmeade divulged the real problem he has with Mueller's probe.