Prince says "contractors, not troops, will save Afghanistan." We need only look at his résumé to see the lie of it 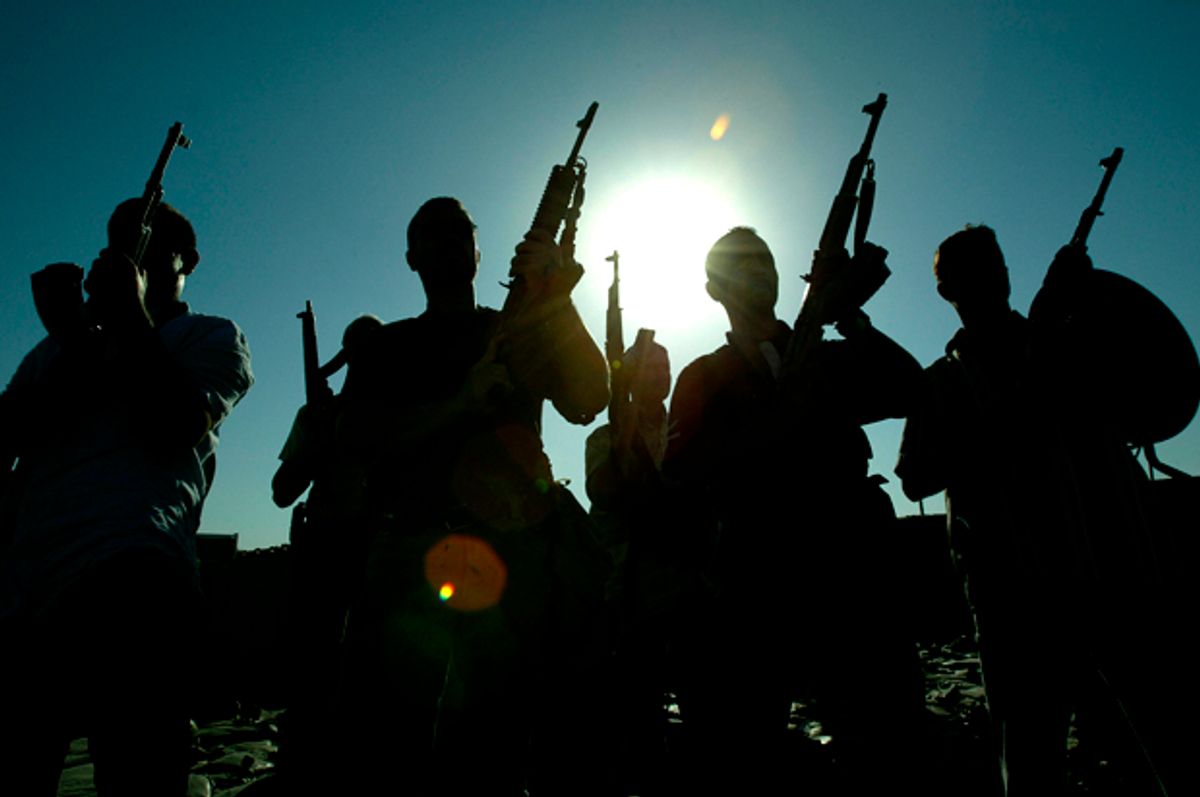 Earlier this week I wrote about Blackwater founder Erik Prince's op-ed in the New York Times, "Contractors, Not Troops, Will Save Afghanistan." There, Prince once again made a sales pitch to the world, hoping that his private mercenary company, Frontier Services Group, would be hired to resolve the lingering war in Afghanistan.

Without delving too much into the Times' questionable decision to provide an advertorial platform for heedless mercenarism from someone who has personally proven that private military contractors present significant, often fatal issues in war zones, let us instead concentrate on the very likely possibility that the plan Prince offered up in the Paper of Record would catapult the country further down the slippery slope that most of the American public has grown weary of descending.

See, we don't have to guess at what Prince's plan would entail or what its outcome would be. We already know what providing Prince with an opportunity to operate in the Arab world would look like. It's been done before. It didn't work then, and it's unlikely to salvage America's longest-running engagement in history.

In a 2009 article for The Nation, investigative journalist and author of "Blackwater: The Rise of the World's Most Powerful Mercenary Army," Jeremy Scahill, offered a deep glimpse behind the inner workings of Prince's Blackwater (the company  that has since been sold, and rebranded as Academi). Sworn statements provided by two former Blackwater employees detail the culture and actions of the private security contractor's operations during the U.S. occupation of Iraq, only a fraction of what we would witness if Prince got his way in Afghanistan.

As I noted in my article earlier this week, these sworn statements describe Prince as someone who "views himself as a Christian crusader tasked with eliminating Muslims and the Islamic faith from the globe." His directions have also "encouraged and rewarded the destruction of Iraqi life."

In his sworn statement, the former Blackwater employee said "it appears that Mr. Prince and his employees murdered, or had murdered, one or more persons who have provided information, or who were planning to provide information, to the federal authorities about the ongoing criminal conduct."

Prince's Afghanistan proposal would include a "viceroy," and compared his model to that of the East India Company. The duties of the viceroy would be to oversee operations, and it's hard to imagine that someone other than the architect himself would fill that role.

Not only is it frankly bizarre that Prince would cite the East India Company — a conglomerate that engaged in slavery and ethnic oppression — but because of these sworn court statements, we know exactly the type of behavior that would take place in Afghanistan, if not something far more grim.

The identity of the former Blackwater employee is anonymous even in the court documents, where he is only named as John Doe no. 2 because he "fear[s] violence" would be used against him "in retaliation for submitting this Declaration."

"On several occasions after my departure from Mr. Prince’s employ, Mr. Prince’s management has personally threatened me with death and violence," the statement says. "Mr. Prince feared, and continues to fear, that the federal authorities will detect and prosecute his various criminal deeds." It's important to remember that these are just small excerpts of the disturbing statements.

With knowledge of all of this — and there's plenty more out there that we both know, and don't know — it's quite inconceivable that anyone could place a man such as Prince in charge of a war that our government filled with arguably more noble, more human leaders has been unable to win.

If Prince indeed became a so-called viceroy in Afghanistan, then who would prevent him from covering up his company's operations? Who would hold him and his mercenaries accountable? Who would step in to mitigate any potential disasters such as large-scale killings of civilians? These are things we've already seen happen under Prince in the past, and his company wasn't exactly held accountable then.

The answer is that no one would prevent such calamities, and that is by Prince's design. And what of the local violence and opposition Prince's behavior would spark? An armed resistance to Prince may also be part of the concept here. After all, the inevitable increased insurgency would provide Prince with more responsibility, more power, more work and more money in a feedback loop. Think: Why would someone who is seeking to profit off of conflict have even the slightest incentive to put an end to it? Indeed, they may have incentive to escalate it.

Last year I read a book titled "The Accidental Guerilla: Fighting Small Wars in the Midst of a Big One" by counterinsurgency expert David Killcullen. The book reviews Kilcullen's field research where he served as a senior counter-insurgency advisor to General David Petraeus in 2007 and 2008. Though I have a variety of opinions on the topics covered, one particular quote stuck out to me, and it's actually not directly from Kilcullen himself, but rather variation of the words of journalist Bernard B. Fall.

"A government that is losing to a counter-insurgency isn't being outfought, it is being out-governed," Kilcullen told the Australian National Press Club in 2009. "And that's what's happening in Afghanistan."

Prince is asking us to stop governing altogether, to embrace leading by the sword and the chaos it brings in a way America has never done before. The long game here isn't victory for the U.S., Afghanis or anyone other than shareholders in Frontier Services Group.