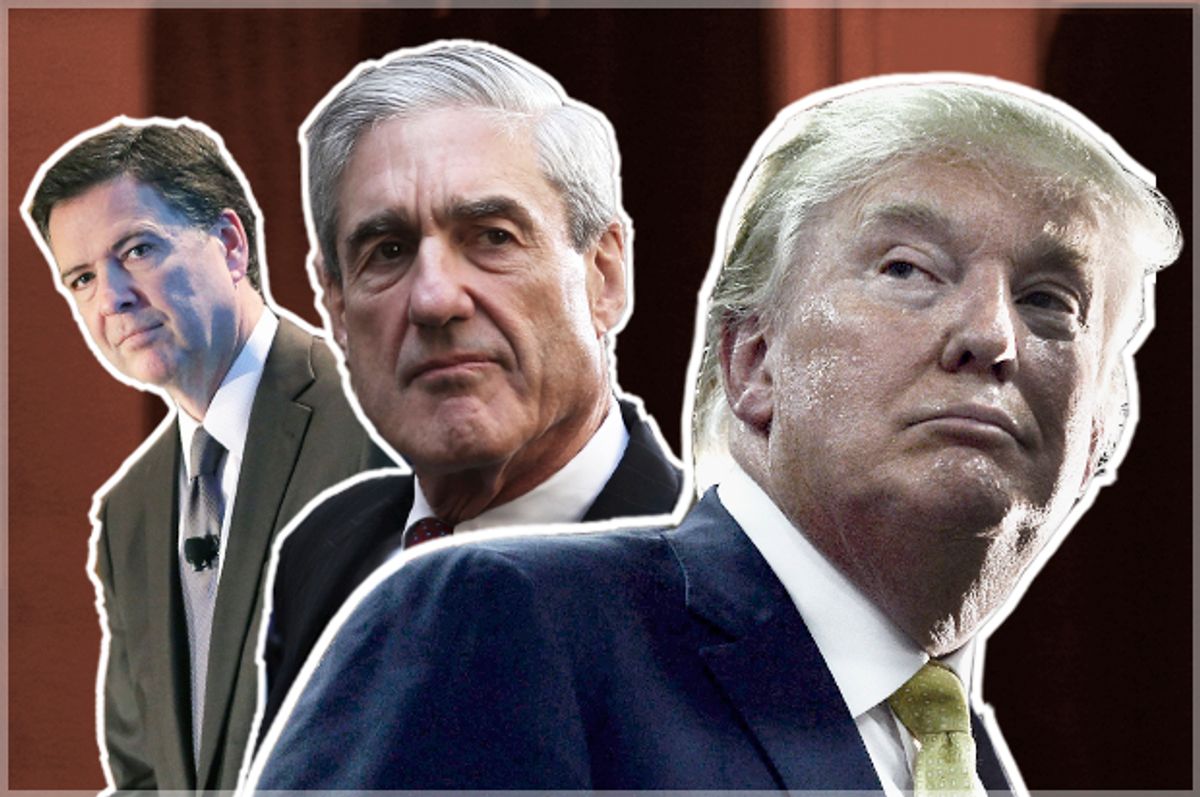 New details have surfaced regarding President Donald Trump's thought process in the days leading up to his firing of former FBI Director James Comey, according to a report from the New York Times. Special Counsel Robert Mueller is now in possession of a letter that was drafted by the president with the help of his senior policy advisor, Stephen Miller, which exemplified Trump's raging unfiltered emotions as Mueller begins to focus in on whether or not the president obstructed justice.

The letter, drafted in May over a weekend Trump spent at his golf club in Bedminster, New Jersey, and contained multiple pages. It was described as a "screed" and was staunchly opposed by the White House counsel, Donald F. McGahn. He had felt that the letter's "angry, meandering tone was problematic," the Times reported, citing interviews with a dozen administration officials as well as others briefed on the matter.

McGahn ended up blocking that version of the letter, and his criticisms and concerns stemmed from Trump's references to his private conversations with Comey. Specifically, the times Comey told the president he was not the primary subject of the FBI's investigation into Russian interference of the 2016 election. A copy of the letter was given to Deputy Attorney General Rod Rosenstein, and he later wrote his own letter which recommended Comey's firing.

Mr. McGahn’s concerns about Mr. Trump’s letter show how much he realized that the president’s rationale for firing Mr. Comey might not hold up to scrutiny, and how he and other administration officials sought to build a more defensible public case for his ouster.

Mr. Trump and his aides gave multiple justifications for Mr. Comey’s dismissal in the days after he was fired. The first rationale was that the F.B.I. director had mishandled the Clinton email case. Another was that Mr. Comey had lost the confidence of the F.B.I. During an Oval Office meeting with Russian officials, Mr. Trump went so far as to call Mr. Comey a “nut job” and said that firing him lifted pressure off the White House.

On May 8, the day prior to Comey's firing, the copies of the drafted letter were passed throughout the Oval Office to senior officials as well as McGahn, and Vice President Mike Pence. What's interesting is the fact that Pence saw the drafted letter, which further contradicts his original claim that Trump "accepted" the recommendation of Rosenstein.

McGahn later sent corrections to Miller and also met with Trump "and told him that if he fired Mr. Comey, the Russia investigation would not go away," according to the Times. But this didn't seem to bother Trump at all, because it was reported that he acknowledged the fact that it could escalate the Russia investigation, but wanted to fire Comey anyways.