A tale of two literary Americas: What a brilliant anthology on inequality accidentally reveals about inequality 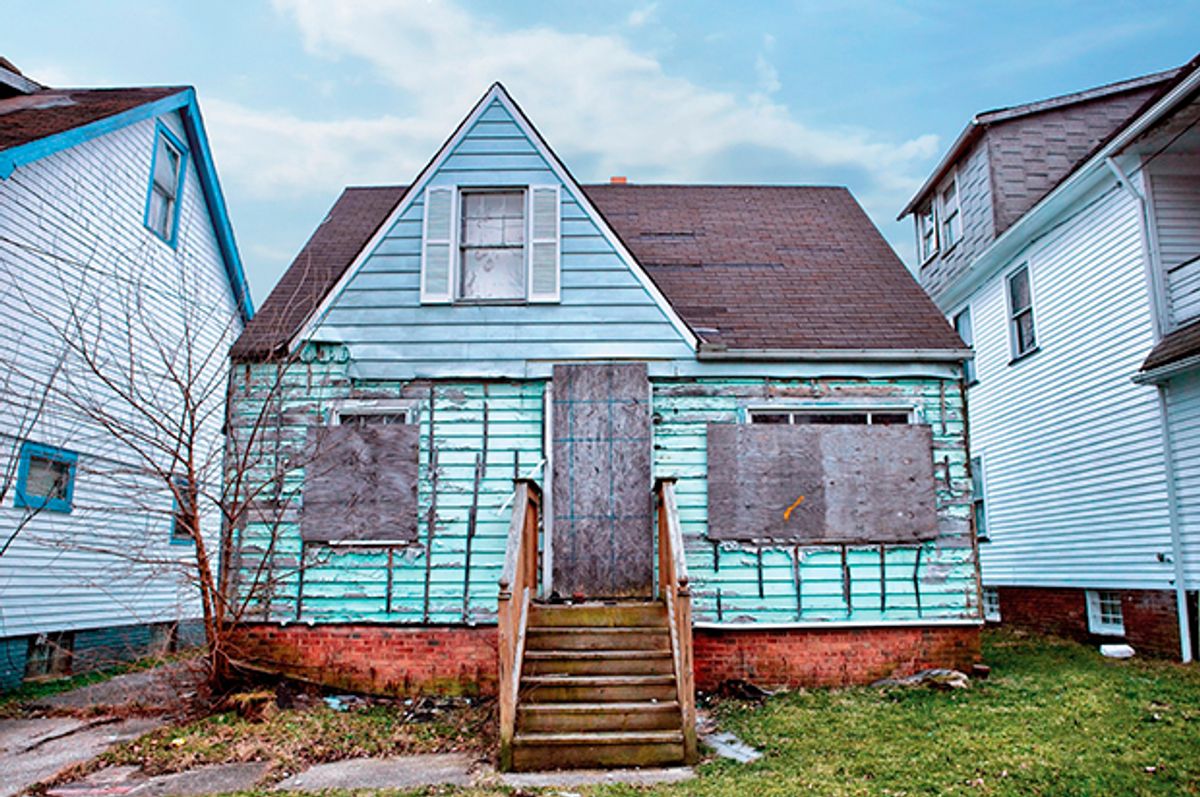 Much has been written in the wake of the 2016 elections about our polarized political climate and the growing inequality that has contributed to the electoral stakes feeling higher — and collective fuses running shorter — than they have in decades. Along with the election postmortems comes a dynamic new literary anthology, “Tales of Two Americas: Stories of Inequality in a Divided Nation” (Sept. 5, Penguin).

Edited by John Freeman, who created a similar collection focused on New York in 2015, “Tales of Two Americas” includes short fiction, essays, narrative journalism and poetry from a powerhouse stable of acclaimed authors including Roxane Gay, Richard Russo, Ann Patchett, Kevin Young, Anthony Doerr, Sandra Cisneros, Rebecca Solnit, Edwidge Danticat, Clair Vaye Watkins and recent U.S. poet laureate Juan Felipe Herrera, among others. Its pages cover a lot of ground in space and time, from Mexican immigrant agricultural workers in mid-century California  to the plasma centers of today, from the complex love life of a Haitian immigrant home health aide in Miami to the secret yearnings of a waitress in a decaying northern Michigan town.

There’s neither glossy escapism nor gritty dystopian metaphor here. “Tales of Two Americas” is instead committed to a realistic portrayal of the differences between those with easy access to America’s opportunities and those without. In a time when for many Americans — as “Swamplandia!” author and Pulitzer finalist Karen Russell writes in her essay on the homeless population of Portland, Oregon — “the difference between living indoors and living on the street is an injury, an accident, a family emergency, a bad season, a month’s salary,” this clear-eyed collection of truths about inequality feels more urgent than ever. (A portion of book sales will be donated to homeless charities in the U.S.)

Some entries are explicitly political. In Russo’s essay on Charles Dickens’ “Pickwick Papers” and the lost dignity of men’s work, he writes unequivocally about Donald Trump’s lack of fitness to serve as president, even while pointing out why working-class men feel drawn to him. Others effectively illustrate the stark differences between America's haves and have-nots. The short stories of Danticat and Gay and Ru Freeman offer rich and nuanced portraits of different sets of working-class women. In Kiese Laymon’s devastating “Outside,” the brutality of our racist mass incarceration system is laid clear in the stark differences in the enforcement of laws between white affluent kids on a college campus and black men who live in town. Danez Smith’s poem “i’m sick of pretending to give a shit about what whypeepo think” adds as a bonus layer a subtle point about spelling, of all things, that is wildly effective (I won’t spoil it). Julia Alvarez’s doggedly optimistic essay “Mobility” chronicles one night spent stranded in an airport, that rare fishbowl of inequality where the sorting happens right in front of our eyes. And Chris Offutt’s Oxford American essay about class and eating, “Trash Food,” one of my all-time favorite pieces of food writing, does the hard and necessary work of naming the many subtle ways class makes itself known in America, especially in places like small Southern college towns.

Two stories in particular stand out to me as offering uniquely 21st century perspectives on class. In “Blood Brother,” journalist Sarah Smarsh follows her own brother through his regular routine of donating plasma for money. He has degrees in communications and history, and he works hard. He’s not an addict, not homeless, not struggling with a debilitating mental illness. But Smarsh’s story demonstrates an urgent truth of today’s unforgiving economy, that a college degree no longer unlocks the gates to the dignities of the middle class as it once did. This is reality for so many Americans today: Selling the very life from their veins to put gas in the car to work and work and work without ever feeling solid ground under their feet. Similarly, in RS Deeren’s short story “Enough to Lose” we meet a young man who mows the lawns of foreclosed properties, as many as he and his partner can fit into a day, while his wife, who wants to have a child, directs her ambitions into the financial trap of multilevel marketing — diet wraps and pills — of the sort that targets financially vulnerable women, pushing a knockoff version of the American dream of entrepreneurial success.

There is so much excellent writing in the pages of “Tales of Two Americas.” Yet because an anthology is the sum of its parts, I can’t help but see American inequality on display in the contributors’ notes, too, or rather in whom those notes don't include. Of course those brief biographical sketches don't tell us everything about a writer, but they do usually include relevant industry credentials. Even the “emerging” (to use the publishing euphemism for a writer still in the early stages of a promising career) contributors are professionals with objectively impressive credits, in an industry that is stacked against the unconnected and unaffiliated. This emphasis on bona fides is to be expected from an anthology from a major press, but a project with this scope, I would think, could have license to widen its approach.

Largely absent from the table of contents are those who are currently writing from outside the literary establishment — which offers opportunity, if not always a comfortable salary — even if many of the writers originally hail from humble backgrounds. It strikes me as a missed opportunity not to balance the content with a significant proportion of writers who don't already have high-profile credits and industry awards to their names because life circumstances have dictated the literary world to be a place they can only observe from afar. What would such an anthology look like if it included as many notes for contributors who don't attend or work for a university or national magazines and for whom this is their first professional publication? Does a writer need to have been recognized by the literary establishment for his or her voice to be considered authoritative on this of all subjects? Literary America is also a country of haves and have-nots, of those born with access and those without, of systemic obstacles that some can overcome with luck and desire and some, no matter how much they desire, can't. It is as much of a pure meritocracy as any other America, and deserves the same scrutiny.

It's work to find those writers outside of the usual channels, but they can be found, even without an open call and a deluge of over-the-transom submissions. They’re writing in night classes they take while juggling full-time work and child care, in veterans’ groups, community centers, refugee programs, in after-school classes, shelters and prisons, and they're mentored by teaching writers who would know whose work to pass along. Of course the economics of publishing demand the acclaimed names, and there’s no fluff in these pages. Yet imagine the doors that could open for writers who are wildly talented but have never met a literary agent, never gone to a writers' conference, never even slept six to a hotel room and packed a case of granola bars just to afford AWP — because what is AWP? — simply by being published in those pages.

I raise this point not to head-count the anthology’s representation nor to criticize Freeman’s work, and certainly not to cast aspersions on the authenticity of the perspectives represented, but to ask a bigger question. Who is this book for? To this reader, the effect is one America — the poorer one — being translated for the intended readers. Which is also not to say that translation isn't a primary function of literature, but I think of how much more powerful this collection could be if the translation went both ways. If, for example, a writer who shared more with the subject of Doerr's essay "To the Man Asleep in Our Driveway" than with Doerr himself wrote "To the Man Whose Driveway I Slept in Last Night," imagining what the comfortable family inside that house looked like from the outside. A less orthodox publishing strategy for one anthology won't make a dent in systemic inequality, it's true. But it could ensure that for more readers who pick up this book, there's both window and mirror in its pages.