The Out-of-Season Oscars: Rewarding the films soon to be forgotten

What if the Oscars’ Best Picture race were held tomorrow? 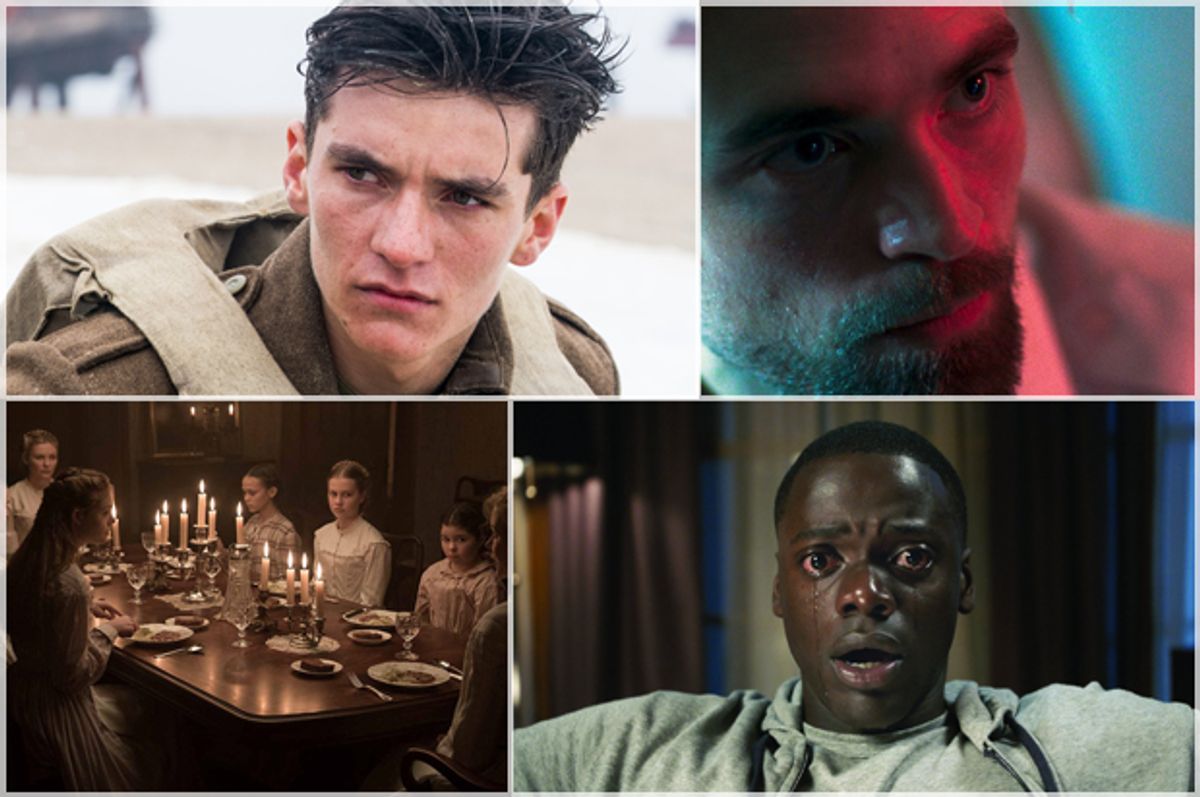 To be a member of the Academy of Motion Pictures and Sciences is to process the coming of the autumn differently than the non-Academy population. Where a non-Academy person may have their thoughts consumed with Pumpkin! or . . . Pumpkin what? or [Sigh] School, members of the Academy hear a voice that sounds like Dap at the end of “School Daze” screaming WAKE UP!

Every year, it’s as if the Academy sleeps deeply through the first eight months of movie awards eligibility, only stirring when there is a loud buzz from a Linklater or an Anderson or a Bigelow. It treats these movies as skeptically — but not as flirtatiously — as Miss Martha treats wounded Union soldiers.

Granted, the Academy harbors more harmful prejudices than its one against films released in the first two thirds of the movie calendar. But its bias against these films verges on its most consistent and pronounced. In the past five years, only five films released from February through September have been nominated for Best Picture (11.6% of nominated films), and none has won. And the situation doesn’t get much rosier when you go back further. Since 2000, only four films released during that period have won the Oscars’ biggest award (“American Beauty,” “Gladiator,” “Crash” and “The Hurt Locker”).

In fairness to the Academy, though, the disproportionate outcomes can just as easily be pinned on the movie studios. Movie studios release their most prestigious films at the end of the year and campaign hard for those films to win awards. Executives would probably tell you that they do that because voters have recency bias and don’t pay as close attention to movies released early in the year. But voters might tell you that they don’t pay attention to movies released early in the year because studios release their best material at the end of the year. Somewhere in movie studios’ actions and voters’ actions there is a chicken and an egg; it’s hard to pinpoint which is which. Both sides’ perceptions compound the effect.

This year has felt like a particularly good one for films released in those barren non-fall and early winter months. “Dunkirk” is the sort of undeniable cinematic tour de force that actually breaks the pattern and wins Best Picture despite its August release. Sofia Coppola made one of the most sumptuous movies I can recall laying my eyes on with “The Beguiled” — a movie which is also in turns frightening and funny. No matter what comes this fall, it’s hard to imagine a film being more culturally resonant than Jordan Peele’s “Get Out.” And young indie filmmakers like Sarah Adina Smith, Macon Blair, Josh and Benny Safdie and David Lowery made films that felt truly fresh — beautifully weird or emotional or some combination thereof. And most importantly, this year’s movies have been fun. There have been redneck heists, 90-minute shootouts, perfectly scored car chases, even a superpig chase.

Inevitably though, most of that will be forgotten by the Academy, lost in the ashes of upcoming films from established heavy hitters like Paul Thomas Anderson, Darren Aronofsky and Alexander Payne. So, we’re conducting an experiment: Would the Best Picture race look qualitatively different from most years’ lists if the awards bait was stripped away? Here are your nominees for the 2017 Out-of-Season Oscars.

(Note: These are not necessarily my eight favorite movies from this year. The rules were, that in order to qualify, a film had to have had a wide release this year and had to be a film that the Academy would conceivably nominate. As much as I adored “En El Septimo Dia,” it was too small; “Manifesto” was too arthouse; etc.)

And the nominees for the award for Best Picture (not released in the fall) are:

The Beguiled: A film about a competition for a stranger's love, which — for all the reasons laid out above, plus a lascivious Elle Fanning — is easy to fall for.

Dunkirk: Christopher Nolan's best film to date is by no coincidence one of his most narratively cohesive — despite bouncing between the air, the ocean and the beach, in different time intervals. The images and sounds do all the work, and boy are they breathtaking.

Get Out: Even more frightening than it is funny, Jordan Peele's debut as a feature filmmaker is unforgettable, especially in these times.

A Ghost Story: The concept (Casey Aflfeck dying and becoming a white-sheeted ghost) sounds absurd. But somehow David Lowery was able to deliver it sincerely and artfully. For a film that covers so much time, "A Ghost Story" moves very slowly, but that's kind of the academy's thing, right?

The Glass Castle: If "The Glass Castle" isn't nominated, expect its stars to be. This is a dramatic, emotional movie, made for actors. And Brie Larson and Woody Harrelson made it seem like it was made for them.

Good Time: "Good Time" is pulpy and grainy, qualities that don't normally interest the Academy. But the Safdie brothers' latest is the sort of propulsive New York genre movie that winds up being considered a classic.

Wind River: With "Wind River," Taylor Sheridan outdid "Hell or Highwater," his last Western, which was nominated for Best Picture last year. The last act of his "thematic trilogy" digs deeper on the theme of failed fathers.

Beguiled Dunkirk Entertainment Get Out Good Time Movies The Oscars