Other cultures are not objects for our pleasure 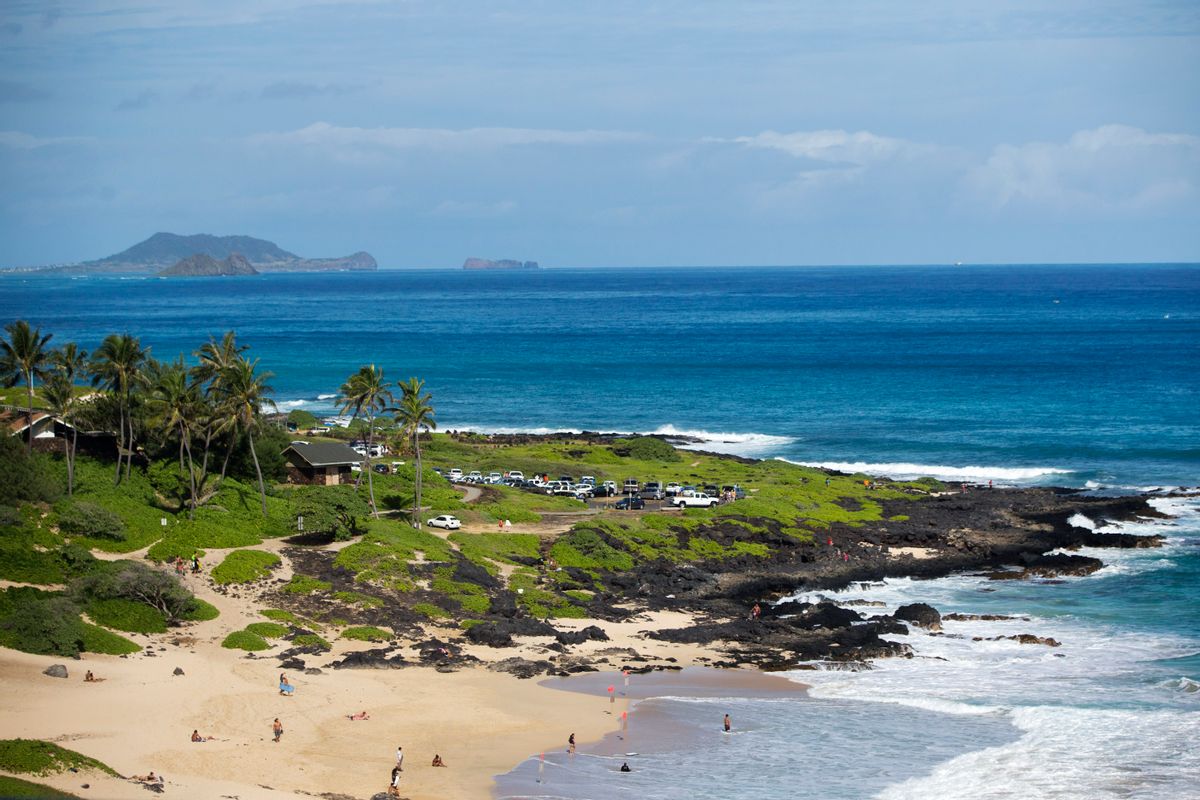 The windward side of Oahu is seen from the motorcade as it takes President Barack Obama and the first family to snorkel at Hanauma Bay Nature Preserve, according to the White House, Thursday, Jan. 1, 2015, on the island of Oahu in Hawaii during the Obama family vacation. (AP Photo/Jacquelyn Martin)
--

The world is a beautiful place that should be enjoyed and explored multiple times over. Those who are financially capable have a responsibility not to ruin the sites or take advantage of the people they encounter. It is hard to shed privilege and ethnocentric behaviors, but for the sake of humanity and life on Earth, we all have a duty to try. Here are four ways some tourists failed to keep that in mind.

In recent weeks, tourists visiting southeast Asian nations have been called out online for "beg packing" on the streets of nations like Thailand. The beg packers, as they are called in the media and by critics, are the epitome of privilege. They ask locals to finance their exotic expeditions and even go as far as taking on illegal jobs to pay for their travel expenses.

Thailand has cracked down on the practice by demanding that tourists entering the nation have roughly $600 in cash. Compared to other exploitative cases in which tourists take advantage of locals, beg packing is benign. Most tourists come to explore and appreciate the beautiful scenery and cultures of the respective nations they have visited. But some desecrate sacred landmarks or exploit them to live out fantasies and take selfies.

In 2015, poverty tourism dominated headlines after actress Gwyneth Paltrow decided to participate in an internet challenge to see if she could live off $29 for a week. She did it to bring awareness to the plight of those living on food stamps as part of New York City's #FoodBankNYCChallenge.

Food stamps often do not fulfill the food needs of those who use them and they end up using food banks to fill in the gaps. Whether or not Paltrow's decision to take part in this challenge was in poor taste is up for debate, but there are worse cases that are not debatable in the slightest.

The act of living like the poorest people of a given country, eating what they eat and experiencing their suffering by choice is the textbook definition of privilege. For some, visiting the downtrodden favelas of Brazil or the slums of India is a fun experience to see how the poor live. However, experts don't see it that way.

"Slum tourism turns poverty into entertainment, something that can be momentarily experienced and then escaped from," Kennedy Odede, the executive director of Shining Hope for Communities wrote in the New York Times. "People think they've really 'seen' something—and then go back to their lives and leave me, my family and my community right where we were before."

Odede knew firsthand about poverty tours from living in Nairobi's largest slum, Kibera. Slum tours offer tourists a chance to eat the food and meet the people living in the poorest part of a nation. On an Indian slum tour, visitors can learn how street people live, how they earn their cash and the harsh reality of not having basic necessities.

Sometimes tourists just can't help touching or breaking sacred landmarks in other countries. Over the years there have been countless examples of this kind of disrespectful behavior — most of it committed by young travelers.

In 2015, two California tourists engraved their initials on a wall of the Roman Colosseum. A similar incident occurred in 2013, when a 15-year-old Chinese tourist wrote some graffitti on a 3,500-year-old hieroglyphic at the temple of Luxor in Egypt. And in Australia, there have been several instances where tourists have graffitied and climbed the aboriginal monument Ayers Rock.

Then there's the case of a German teen who climbed the pyramid of Cheops just to get a cool photo. The teenager knew the risk, but kept going up despite officials telling him to come back down at the halfway point.

The media claims the kids were being careless or got carried away; but either way, it ruins valuable cultural landmarks that ultimately hurt tourism for the future.

Photos of Eric and Donald Trump Jr. boasting about the animals they've hunted and killed went viral in 2015, bringing poaching back into the cultural zeitgeist. It is common knowledge that a small number of very wealthy tourists take safari expeditions to hunt down rare and exotic animals. Several hunting outfits in the U.S. are responsible for bringing back more than 400 lion trophies — heads and furs — into the United States each year.

The illegal wildlife trade, big-game hunting and poaching have caused the elephant population in Africa to plummet drastically. Estimates claim that 100,000 elephants died in the last decade. African nations have reportedly lost $25 million a year due to poaching and the high demand for ivory on the black market. This ivory is often turned into items like jewelry or statues that tourists may buy unknowingly. Animal skins like leopards are also turned into décor items.

Poaching and big-game hunting aren't exclusive to Africa; it happens in Asia too. In Vietnam, the false belief that rhino horn cures cancer has led to massive poaching of rhinos in South Africa and pushed the price of rhino horn to rival that of gold.

Tourism should be a chance for family and friends to bond and enjoy and learn about new cultures. All of these cases of disrespect and exploitation serve as warnings: Don't be the next person to be banned from the great pyramids of Egypt.