Half of all defendants exonerated for murder are black. Trump's policies will likely make this number rise

Wrongful convictions have plagued our justice system forever, but today's politicians have made their number soar 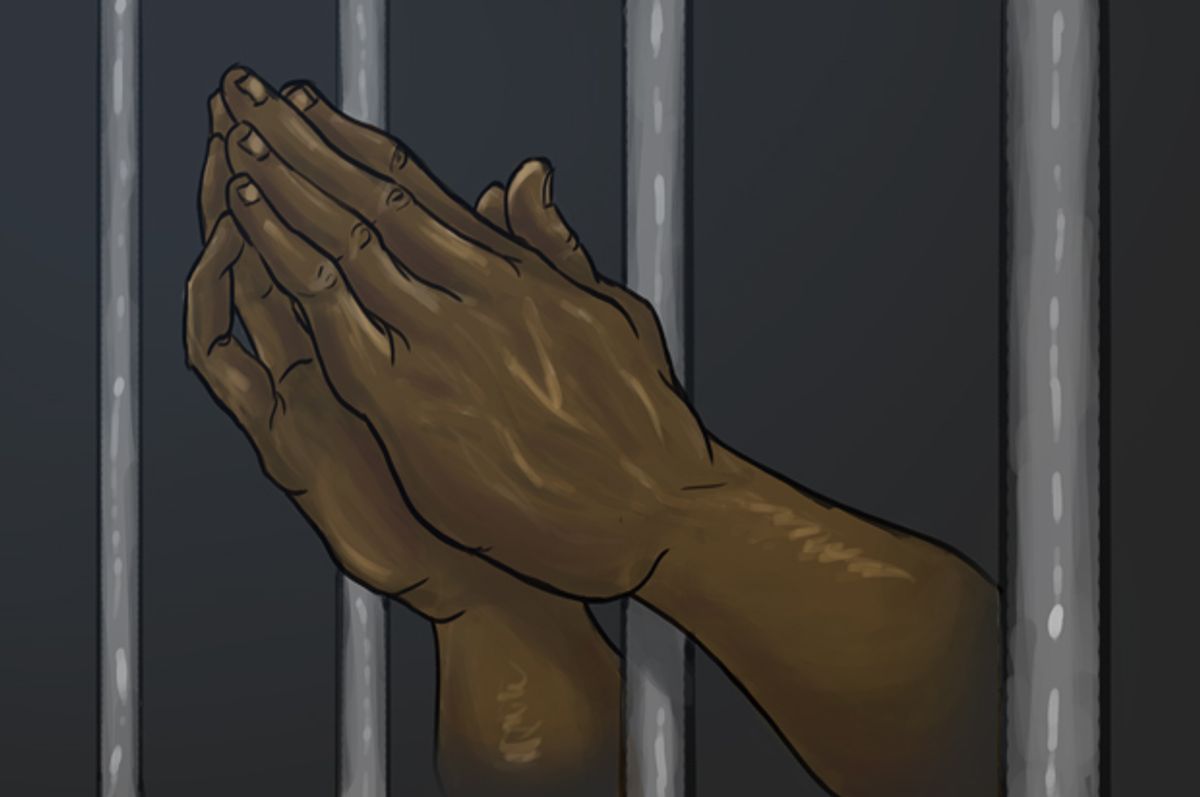 "Crown Heights," directed by Matt Ruskin, and "Just Mercy," written by Bryan Stevenson, are a film and a book that center on the wrongful convictions of two black men: Colin Warner, who was convicted at 18 and spent 21 years incarcerated in New York, and Walter McMillian, who spent six years on death row in Alabama.

Their stories are devastating examples of the shortcomings and downright failures of America's criminal-justice system. They're just as indicative of the reality that not only are black men policed and incarcerated at alarmingly disproportional rates to their white counterparts, but they also find themselves wrongfully convicted more often.

The National Registry of Exonerations published a study earlier this year that found "half of all defendants exonerated for murder are African Americans, who make up only 13 percent of the population of the United Sates." It also found that this disparity holds true in surveillance: Black people are more likely to be stopped, searched and questioned, and to be victims of police and prosecutorial misconduct. It also confirmed something Warner and McMillian know too well: Innocent black defendants face disproportional resistance to being released.

"From my experience being black or brown in America,” activist Carl King said, "there's always the presumption of guilt.” King, who was Warner's friend and just 17 at the time of his arrest, was instrumental in fighting for Warner's exoneration and release. In a process he calls "organic law," King raised legal funds in the community and reinvestigated Warner's case from the very beginning. His determination was necessary to challenge a system that discriminates against poor people who can't afford to defend themselves and symptomatic of how incarceration strains entire families and communities.

"I would like to be the exception," Warner said at a Q&A following the "Crown Heights" premiere, "but there’s a lot of us. It is unconscionable." He continued, "We should be able to say, 'Oh, that guy that got unjustly convicted in 1982? That’s a thing of the past.' But we can still sit here in 2017 and say it. What progress have we made?"

Both McMillian's and Warner's wrongful convictions were the result of police manipulation of people with criminal records or pending charges, who were then turned into “eyewitnesses” for the prosecution. Both cases also suffered from a general lack of investigation and disregard for the facts. This culpability was compounded by an eagerness to prosecute. Finally, both men experience what happens all too often when a majority-white jury meets a black man and all the presumptions of guilt and criminality American society has attached to him.

Sam Gross, who was the senior editor of the Race and Wrongful Convictions in the United States study, said that because of the severity of the crime of murder, there is a lot of internal pressure for police to find a culprit. "That leads them to work harder to get convictions, and sometimes working harder involves cutting corners and cheating or engaging in other types of misconduct," he said. "Why that is more common for African-Americans, I think the background of racial discrimination can well explain it."

Although the National Registry's study is the result of data collected over a long period of time, and thus not tied to a particular era, what was inseparable from Warner's and McMillian's cases were the political climates of their convictions and incarceration.

In McMillian's sentencing, Judge Robert E. Lee Key Jr. overrode the jury's recommendation for life in prison in favor of the death penalty. In 1988, Alabama was one of just two states that allowed judges to override jury sentences, and Alabama was one of only six states to elect judges in partisan elections. Stevenson explains in "Just Mercy" that these laws provoked a culture where "Each judge competes to being the toughest on crime ... and judge overrides are an incredibly potent political tool."

Warner was convicted in 1982, when being "tough on crime" was bipartisan, punitive and distinctly racial. The early 1980s are widely cited as the turning point in the eruption of the United States' prison population. The numbers skyrocketed from then and almost each year since. Warner was kept in prison through the 1990s, as Bill Clinton's crime bill was signed into law and as former New York Gov. George Pataki proposed the abolishment of parole for all violent offenders.

The interconnectedness between wrongful convictions of people of color and politicians in power becomes ever more frightening now that President Donald Trump is in office and Jeff Sessions is attorney general. Even as the language of mass incarceration and the dog whistles of being "tough on crime" and the "war on drugs" have become well-known racial code phrases used to lock up black and brown people, Trump proudly called himself and Vice President Mike Pence the "law and order" candidates, the very slogan the Ku Klux Klan used to justify their racial violence during Reconstruction and beyond.

"Already we don’t have a just system," King said. But now, for black, brown and poor people, "it’s like open season," with Trump in office. He continued to say that Trump has sent a clear message to people of color "telling us it will only get worse."

Trump has already affirmed this beyond his dangerous rhetoric. He's signed three executive orders related to crime that stipulate the government as "firmly on the side of" law enforcement, and promises to delegate resources for the Attorney General to "restore law and order" and "fight crime, gangs and drugs."

But perhaps the most apparent indication of where Trump stands on racial profiling and law enforcement misconduct was his pardon of former convicted Sheriff Joe Arpaio. Arpaio became a rare law-enforcement celebrity in part because of his blatant and illegal discrimination toward Latinx people and those he perceived to be undocumented immigrants. Indeed, he was convicted of not complying with a court order to stop detaining those his officers felt were undocumented immigrants (that's felt, not knew to be).

The White House statement attached to the pardon read, "Throughout his time as sheriff, Arpaio continued his life's work of protecting the public from the scourges of crime and illegal immigration." The message was clear.

"My guess would be that in some parts of the country," Gross said, "the publicity around Sheriff Arpaio and Trump's extraordinary support for him, despite his conviction of contempt of the federal court, may make people —some prosecutors and some juries and some judges — less concerned about the danger of convicting innocent people."

Studies have shown that native-born Americans commit crimes and are incarcerated at much higher rates than immigrants, but inciting fear against black people, people of color or immigrants has never been about facts. It's the same fear tactics Richard Nixon used as well as every "law and order" and "tough on crime" candidate since. The hostility toward immigrants that Trump regularly inflames means the arrests, prosecutions and racial violations will continue to increase regardless of evidence and without challenge by the Trump administration and his supporters.

Although Gross says there's no way to know an exact number, "at least tens of thousands of people who are in prison are likely to be innocent," he said. If just 1 percent of the prison population were exonerated that would be upward of 20,000 people. For context, a study published in 2014 made "a conservative estimate" that 4.1 percent of those sentenced to death are innocent.

"Presumptions of guilt, poverty, racial bias, and a host of other social, structural, and political dynamics have created a system that is defined by error," Bryan Stevenson wrote in "Just Mercy." The tens of thousands of innocent men and women behind bars are evidence that the criminal justice system is dangerously broken — one where "convicted" can determine one's incarceration rather than "guilty."

This holds true regardless of who's in office. But with Trump and Sessions' determination to be "tough on crime" and promise to "restore law and order," how many more Colin Warners and Walter McMillians will there have to be?