The end of slavery was a pivotal moment in American history, and it's the holiday we need 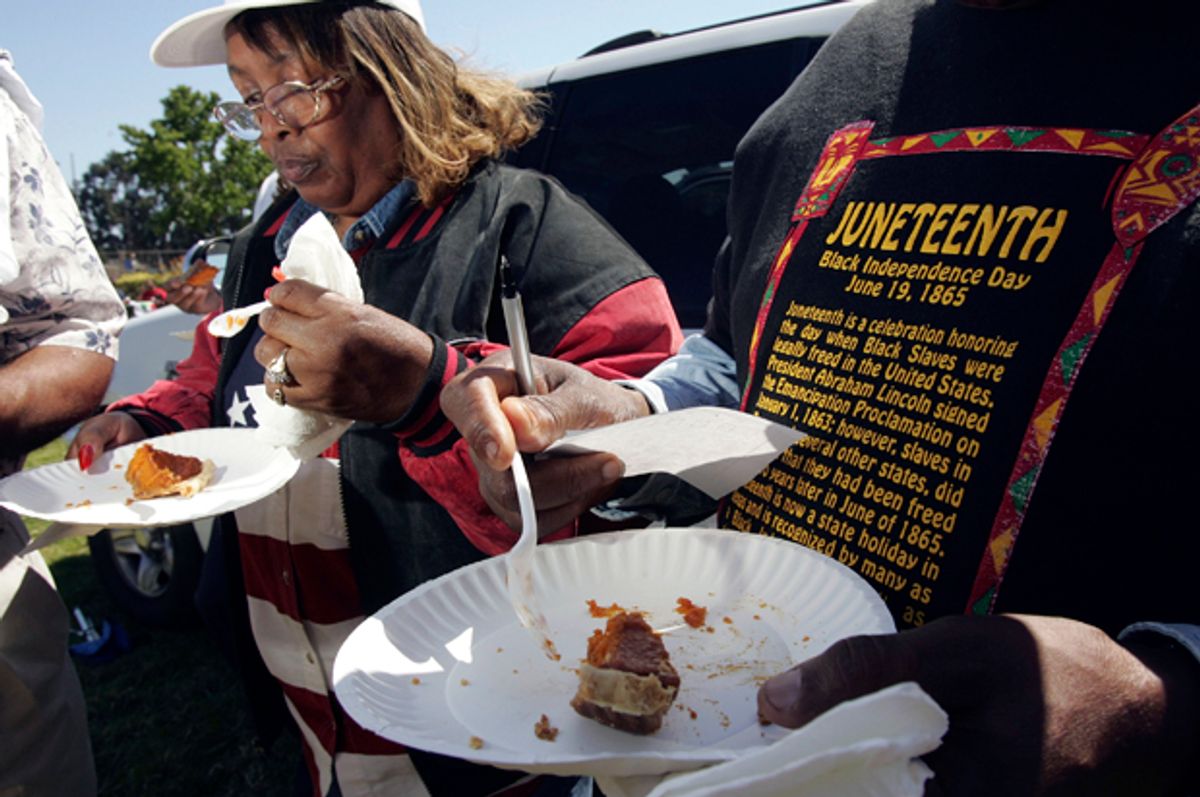 Abraham Lincoln’s signing of the Emancipation Proclamation in September of 1862 was supposed to free all slaves in the United States in 1863. But those Freedmen living in Texas were not made aware of their newfound equality for another two and a half years.

That official last day of slavery, when General Gordon Granger delivered the message of freedom to the shores of Galveston, Texas on June 19, 1865, is now known as Juneteenth. Yet the fight for due recognition of the date as a national holiday — as a second independence day, in fact — continues. Five states — New Hampshire, North Dakota, Hawaii, Montana and South Dakota — have yet to officially honor Juneteenth Independence Day as a holiday, despite the work of the National Juneteenth Observance Foundation to gain national recognition.

States also led the way to Labor Day becoming officially recognized as a federal holiday after 30 of them — beginning with Oregon in 1887 — dedicated a day to the achievements made in the United States through the profound efforts of workers, thanks largely to pushes by both the Knights of Labor and the Central Labor Union.

Though its summer setting excludes Juneteenth from being recognized in most schools, the NJOF is working on getting textbook recognition to allow the history of the holiday to be taught to students in their curriculum throughout the school year.

This comes at a crucial time for conversations about history and what we should and should not recognize about our nation’s past. With recent events in Charlottesville, Virginia revolving around confederate monuments and their place in modern America, and the president being criticized for his slow response time in condemning neo-nazis and white supremacists, federal recognition for Juneteenth could be farther away than the NJOF realized.

Though there are other dates recognized by African-Americans across the nation as the end of slavery in various cities and states— such as Columbus, Mississippi’s “Eighth o' May” — Juneteenth was selected due to its significance in Southern and eventually national African-American culture.

“The June 19th date was the date agreed upon 30 years ago by a number of organizations that were celebrating the ‘Juneteenth’ freedom -- the last day, in Galveston, Texas, that the announcement from general order number 3 was made,” said Dee Evans, the National Director of Communications for NJOF. “It’s late in the school year but some school systems are still in at the end of June, but nothing is directed towards schools.”

There are, on the other hand, community events to help educate and spread awareness during the month of June, such as beauty pageants, jazz festivals, scholarship awards, picnics and parades on the day, that take place not only in Texas and across the United States, but around the world.

“We just had one in Guam,” said Evans. “Juneteenth in Guam . . . they did a presentation of what they were doing over there, where they talked about Juneteenth and they talked about the history, and [they held] and outdoor event. . . Each city has a completely different view of how to celebrate Juneteenth.”

Reverend Ronald V. Myers, the founder of the NJOF, spoke at the 2017 National Juneteenth Flag Raising Ceremony and Reconciliation Prayer Service on June 24 in Galveston at the Rosenberg Library for the 152nd Year Anniversary of Juneteenth Independence Day, where he also played the trumpet.

Rev. Myers used the event to call for action from Congress, as well as the President and his administration, to support Juneteenth recognition, writing in a press release, “Now is the time for the U.S. Congress to pass legislation for signature by President Donald Trump to make Juneteenth Independence Day a National Day of Observance, like Flag Day or Patriot Day."