Why the return of Midnight Oil matters

As other veteran activist bands flirt with capitulation to Trump — looking at you, U2 — Midnight Oil stands strong 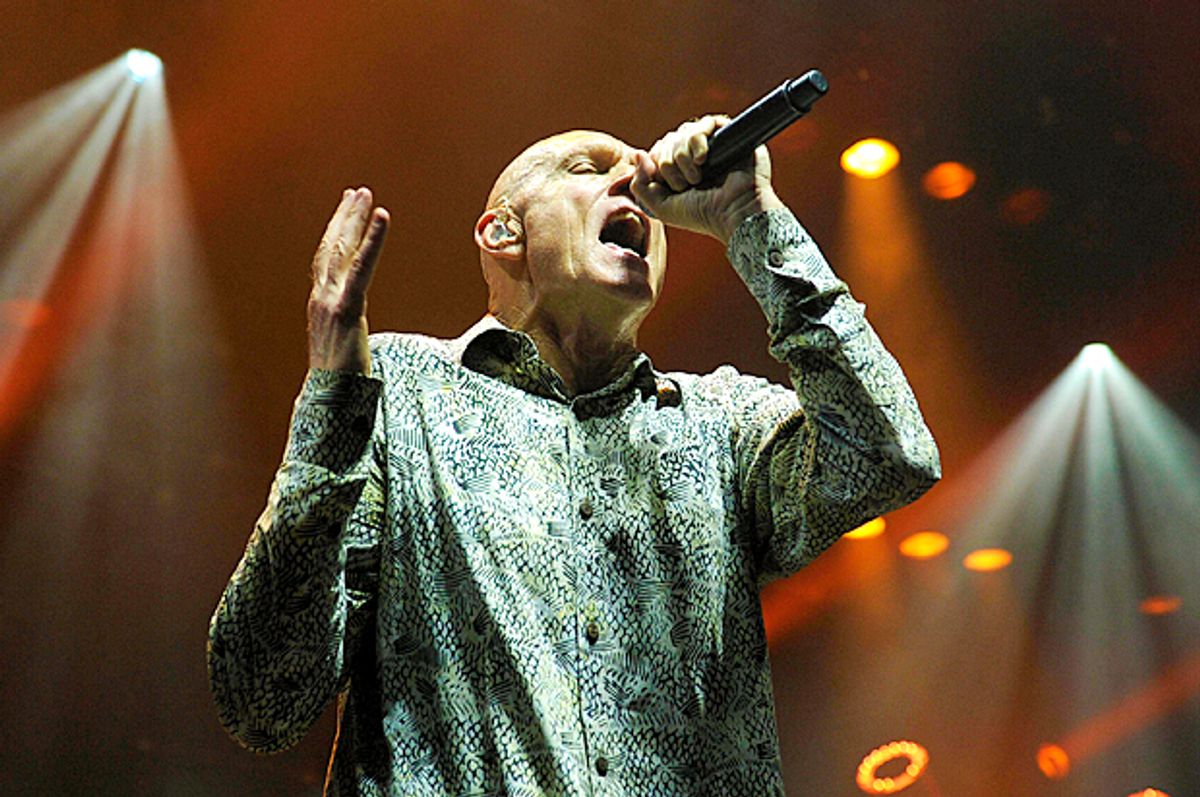 Reunion tours are a dime a dozen these days. Leave it to the seasoned Australian band Midnight Oil — currently on their first world tour in two decades, dubbed "The Great Circle 2017" — to raise the bar for comeback treks. The quintet's Aug. 27 show at the midsize House of Blues in Cleveland was nothing short of incredible.

This had much to do with Midnight Oil's galvanizing music. They've never sounded like any other band — even major U.S. hits such as "Beds Are Burning," "Blue Sky Mine" and "Truganini" felt like modern rock interlopers — and this fiery originality was thrown into sharp relief in a club setting.

The aforementioned trio of songs was predictably well-received, but so were deeper cuts across a range of styles: teeth-baring new-wave darkness ("Koala Sprint," a song on the band's 1979 LP "Head Injuries"); barbed jangle-punk ("Read About It"); chiming dream-rock (the melancholic "Warakurna," "Now or Never Land"); and brisk folk moodiness ("Kosciusko"). In one of the night's most moving moments, the entire audience loudly sang the introductory wordless chorus of "The Dead Heart" along with the band.

The most striking reinvention of the night was reserved for "My Country," a single from 1993's "Earth and Sun and Moon." The band truncated the song and stripped it down to its bare bones, which placed Garrett's voice and a brittle piano line at the forefront. This arrangement made the song's quarter-century-old lyrics sound relevant to today's unsteady political landscape.

"Was it the time of year, that makes a state of fear?" Garrett sang, while sitting on the drum riser. "Methods were the motives for the action." The song's lingering question — "Now, who can stop the hail/When human senses fail?/There was never any warning, no escape" — sounded even more chilling, less a rhetorical query than a desperate warning.

Prior to the song, Garett mused about the hazy jetlag he's navigated thanks to Midnight Oil's globetrotting. His banter covered seeing archival footage of James Brown on "American Bandstand" during a visit to the nearby Rock & Roll Hall of Fame; Thomas Paine's "Rights of Man"; and the current state of U.S. politics. "Stumblebum had just been elected, and we were in a state of shock like everybody else," he said, referencing the band's visit to the U.S. earlier this year and Donald Trump's presidency. "I'll cover that later."

Did Garrett ever: Not only did he wear a T-shirt bearing the slogan "Dump Trump" during the encore, but he minced no words before "Tin Legs and Tin Mines," after he noticed someone was filming the show. Facing the audience, he told anyone who voted Republican that "now is the time to recant," and then sent an unmistakable message to the powers that be: "Trump, we say tonight in Cleveland: Your days are numbered."

Midnight Oil's strident stance is nothing new, of course. The band's music is intrinsically intertwined with all matters of global politics — including environmental conservation and preservation, and workers' rights —and historical and sociopolitical matters in their native Australia, particularly involving indigenous and Aboriginal communities. Speaking their mind is also built into Midnight Oil's DNA. Back in 1990, the band famously protested the Exxon Valdez oil spill with a New York City midday concert underneath a banner that said "Midnight Oil Makes You Dance, Exxon Oil Makes Us Sick."

But in a year brimming with furious debates over whether musicians should be political — and why it matters when they aren't — hearing Midnight Oil's unyielding belief in their convictions is a relief. More and more, a firm line can be drawn in the sand between those who back up fighting words with actions, and those who merely give lip service to justice and equality. Garrett and the rest of the band make it clear — loud and clear — on what side of history they stand, and it imbues their music with even more contemporary resonance and power.

Midnight Oil's inexorable stance also illustrates the major differences between them and another one of their major '80s activism allies: U2. The Irish quartet sounded almost hesitant to offend on this summer's "The Joshua Tree" tour. An Esquire concert review notes Bono's "banter tripped dangerously close to pandering under the banner of non-partisan connection," while U2 are "more concerned with making sure that they're heard by as many people as possible and doing so without alienating anyone who don't necessarily align with their humanist ideals."

One can argue about the pros and cons of U2's approach — especially since the band spent all summer playing in football stadiums, not clubs — but it's impossible to deny that Garrett's grim conviction added vital, intimate urgency to the set. Tellingly, before donning the "Dump Trump" tee, he wore another black shirt with a powerful slogan: "To Sin By Silence When We Should Protest Makes Cowards Out of Men." It was a pointed but inspiring reminder of what Midnight Oil continues to stand for, and a comforting reminder that none of us are alone in this fraught environment.

No wonder the empathy omnipresent alongside Midnight Oil's activism felt so pronounced in Cleveland. After "My Country," the band continued into a sparser, acoustic-leaning mini-set with the harmony-rich "Luritja Way." The title references an Aboriginal language, and its message is one of longing and connection: "I'm reaching out for you/In a valley full of tears/I'm reaching out for you." The song's underlying message is one of bridging gaps and perhaps making reparations.

But "Luritja Way" also felt deliberately placed after "My Country," a song that focuses on fissures. For as much dismay as Midnight Oil feels about dislocation, the band's innate belief in the power of connection, and music as a unifying force, triumphs over any despair. That's the overarching message Midnight Oil conveyed in Cleveland, and perhaps the dominant reason why the band's comeback has been so important — and so desperately needed.