One more reason the trans ban is idiotic: High school grads aren't ready for the military (or life)

Military brass knows that fewer and fewer young Americans are prepared to serve, or to succeed. There's an answer 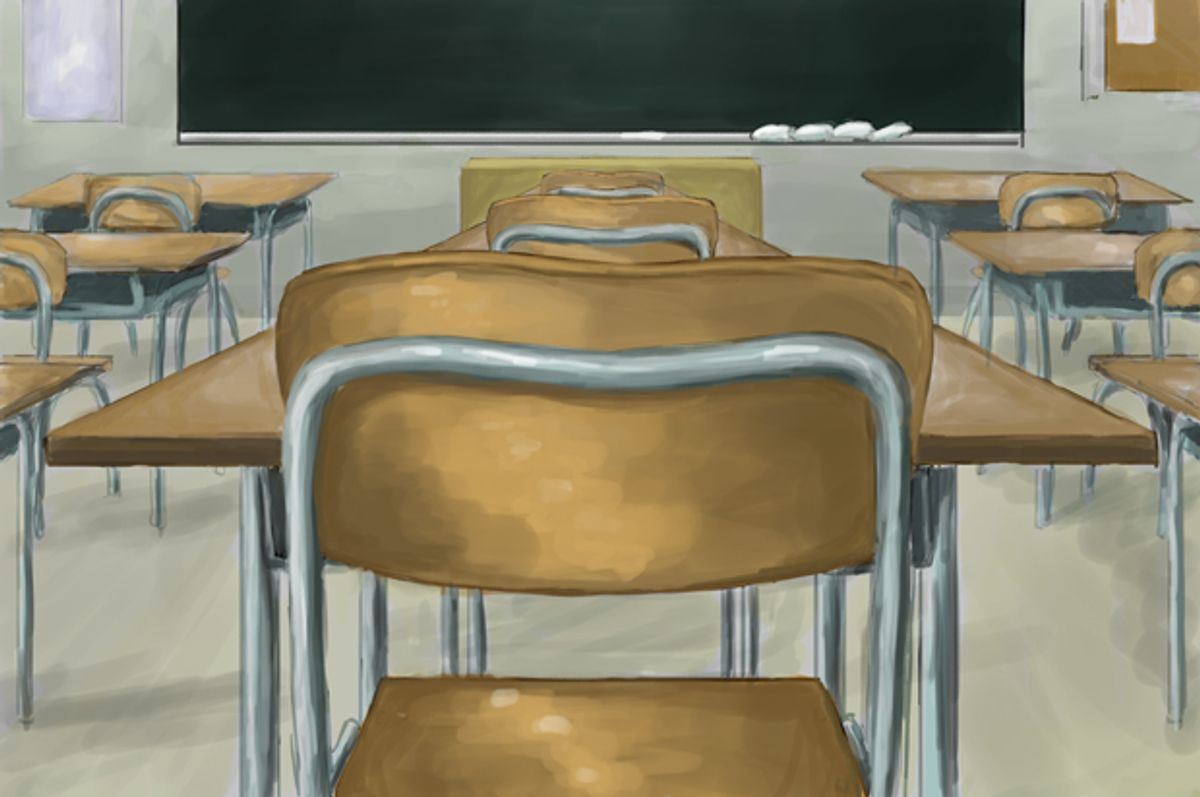 Even as President Trump continues to double down on banning transgender Americans from the military, the Pentagon is doing all it can to slow-walk his orders into implementation. Last week, Defense Secretary Jim Mattis said that the Obama administration's policy would remain in place for now, pending recommendations from a panel of experts. At the same time, the former secretaries of the Army, Navy and Air Force under President Obama have filed sworn affidavits in support of a federal lawsuit seeking to stop the Trump ban.

So far, this reluctance by current top and former military brass to throw transgender soldiers and recruits under the bus has been cast by the mainstream news media as an indication that they are somehow more inclusive and progressive than our alt-right president. But I suggest that the Pentagon’s reluctance to embrace Trump’s ban has little to do with idealism but rather the fact that the military leadership is aware, more than any other institution, just how pitiful the current crop of age-eligible Americans is for enlistment purposes.

If a country’s success is to be measured by the percentage of its young adults it generates who are capable of actually defending it, then, my fellow Americans, we are a spectacular failure and the Pentagon knows it. As with the military embrace of hundreds of thousands of young undocumented immigrants, or “Dreamers,” into its recruiting pool, the bottom line is finding healthy, non-drug-addicted, well-educated and motivated recruits. And the sad reality no one wants to admit is that we are just not producing enough young Americans who fit that bill.

According to a 2015 report commissioned by Mission:Readiness, a nonprofit, nonpartisan national security organization made up of 500 retired generals and admirals, 75 percent of the nation’s young adults are unqualified for military enlistment. The study concludes that three top reasons why our young adults don’t make the grade are that they have been poorly educated, already have disqualifying criminal records, or are physically unfit.

A quarter of young Americans of recruiting age lack a high school diploma and most of the dropouts who went on to get their GED “do not possess sufficient math or reading skills to qualify,” according to the Mission:Readiness report. This is actually nothing new. The pipeline of failure has been operational for a while. As far back as 2007, the National Assessment of Educational Progress found that 69 percent of the country’s eighth-graders were not proficient in math and 70 percent were not proficient in reading.

Ten percent of potential age-eligible young people have already had some kind of disqualifying run-in with the criminal justice system. While juvenile arrests are down from 2.2 million in 2006, they were still close to a million in 2015. Several years back, at the height of the Iraq and Afghanistan combat deployments when the military was stretched for bodies, both the Army and the Marine Corps experimented with waivers for a wide range of crimes from shoplifting to manslaughter -- and came to regret it.

According to the Mission:Readiness report, 27 percent of young Americans are too fat to enlist. But weight issues are just one aspect of the significant health problems millions of young Americans are dealing with. “Nearly a third (32 percent) of all young people have health problems — other than their weight — that will keep them from serving,” including asthma, eyesight, hearing or mental health issues, or “recent treatment for Attention Deficit Hyperactivity Disorder.”

To sum it all up “when all requirements are considered, only about two of ten young people are fully eligible to join the Army without any waivers according to the Army Accessions Command,” according to the Mission:Readiness analysis.

So just what is the remedy for a lost generation, aside from keeping the doors open to qualified transgender and undocumented immigrant recruits? As the former generals and admirals see it, the solution is universal quality early education. “Unfortunately,  the number of young Americans who have high school degrees, are in good physical shape, and are without criminal records is declining,” wrote retired Army Gen. Hugh Shelton. “To keep our country strong and safe, we need more investments in high-quality early education.”

The copiously footnoted Mission:Readiness report cites peer-reviewed research based on decades of data that was published back in 2007 in the Archives of Pediatrics and Adolescent Medicine, comparing the outcomes of young people who had access to quality preschool and those who did not. “The resulting research shows that children in the programs had higher rates of high school graduation and lower rates of arrest than the study recipients who did not receive the preschool programs,” according to the Mission:Readiness report.

Even more compelling are results of research that started back in 1962 in Ypsilanti, Michigan. It compared the outcome of a cohort of preschoolers from low-income households who received not only early education, but whose parents were coached once a week at home on improving their parenting skills with children who had none of those advantages.

Scroll forward to when these kids turned 14: Close to half of the kids with the quality preschool experience were performing at grade level, contrasted with just 15 percent of their peers who had not gotten the preschool boost. By age 27, those same kids, now adults, who had lost out kept losing out. They were five times more likely to be chronic criminal offenders than their peers with the preschool and coaching for their parents.

Yet the percentage of American 3- to 4-year-olds enrolled in preschool actually showed a slight decline in recent years, and now, according to the National Center for Education Statistics, hovers around 50 percent.

“Our national security in the year 2030 is absolutely dependent upon what is going on in pre-kindergarten today,” according to retired Rear Adm. James Barnett. Yet as Education Week reported this spring, Trump’s proposed 2018 budget calls for cutting Head Start.

You see a pattern here? If you wanted to systematically render a superpower incapable of defending itself, much less of successfully competing in the supposed global marketplace, you would do exactly what Donald Trump is doing: shrink the pool of qualified military recruits while nurturing the seeds of homophobic and anti-immigrant hatred to feed your ignorant base, while making it harder and harder for Americans to access quality preschool programs.

And you can brand it “Making America Great Again.”