Democrats’ blindspot: Our political system is rigged — and partisanship can't unrig it

Progressives have much more than a message problem 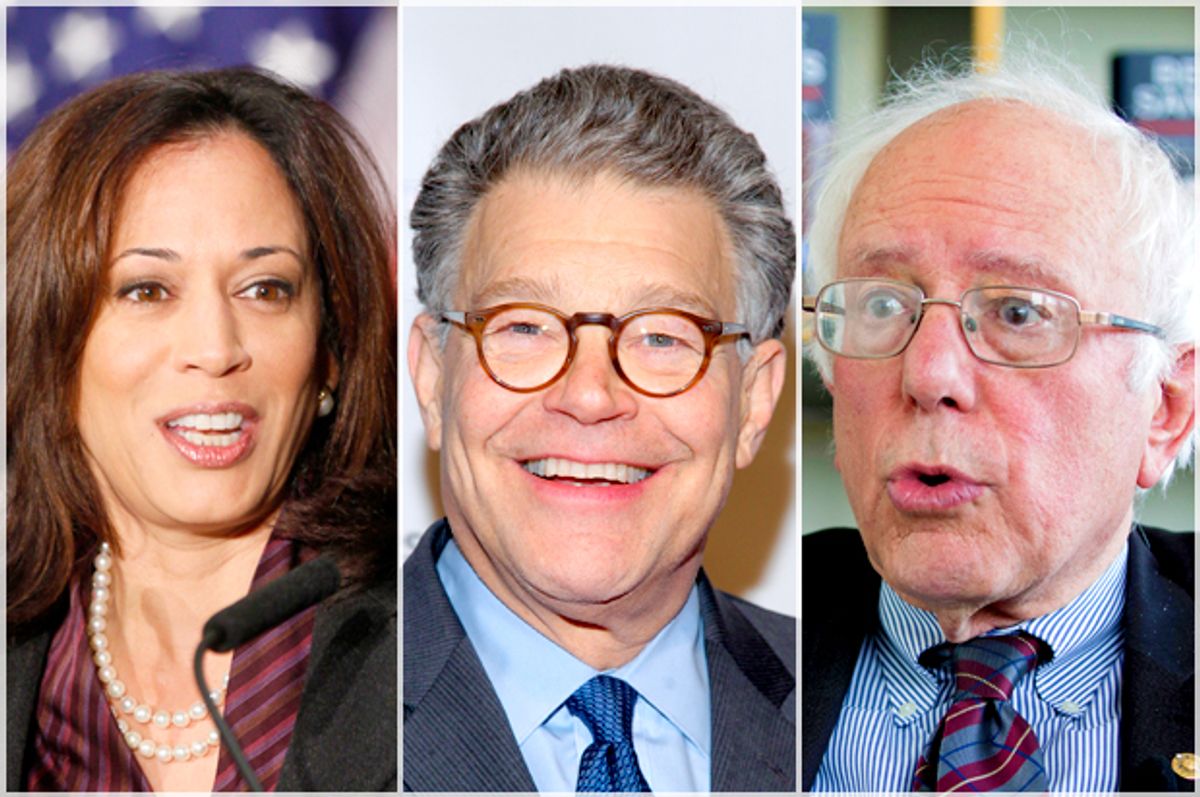 These are trying times. We confront a national opioid epidemic and rampant inequality. Our schools are falling behind other nations, while our prison population outpaces them. We face terrifying climate change and aging infrastructure. Yet, despite the gravity of these challenges, the response from our elected leaders is anemic.

The reason? Our broken and corrupt political system has rendered government unable to address these and other pressing issues. This rigged system gives us mediocre and polarized politicians stuck in gridlock and beholden to special interests.

The question is, in a nation built on innovation and can-do entrepreneurship, why do we allow the system to remain broken, imperiling nearly every issue we care about? Why are efforts to fix it small and under-resourced? These are questions Democrats and progressives have been wrestling with for years, and more intensely since Donald Trump won office.

A common mantra is that Democrats simply need a new message that echoes the anti-rigged-system rhetoric that propelled the campaigns of Bernie Sanders and Donald Trump. But the Democrats have more than a message problem. The party and their top candidates speak of democracy reform but consistently fail to expend the necessary political capital when they have the power to do it. Just look at the first two years of the Clinton and Obama presidencies for proof.

The problem is, the majority of progressives and Democratic operatives with the money and influence to fuel reform are trapped in a broken paradigm. Most will once again go all-in on the next election with limited success. And those who embrace system reform largely remain locked in a partisan, us-versus-them framework that, if unchanged, will guarantee their continued failure on that front as well.

Today, only 25 percent of Americans self-identify as liberal, while 36 percent are moderate, and 38 percent are conservative. Only 28 percent of voters are registered Democrats -- the same percentage are Republicans -- while a full 41 percent are independents. Overwhelming majorities of all of these subgroups support policies that would unrig the system: campaign finance, ethics and gerrymandering reform; ranked choice voting; transparency; automatic voter registration, and vote-by-mail, to name a few. In poll after poll, these solutions are shown to have appeal outside of progressive circles. However, most efforts to advance these reforms are housed within decidedly progressive institutions that fail to effectively leverage broad grassroots support.

In light of this, it’s time for progressives who want the system fixed to adjust their strategies in order to capitalize on the popularity of actually fixing the system. Bold reform can’t be all talk; it has to be backed up by action. In this case, that means progressives will need to come out of their comfort zones and start engaging with the rest of the country. They must assertively move away from the Democrat vs. Republican or progressive vs. conservative framework, and support language and institutions that are credible and compelling to voters from the right, left and middle.

That doesn’t mean partisans and philanthropists must use a right-left approach on every issue. Just this one, knowing that transforming America’s political system is too big a job for the 25 percent of voters who self-identify as liberal to handle on their own. The math just doesn’t allow it. We need truly nonpartisan -- post-partisan -- right-left institutions to lead the way, with ideological and partisan groups playing a supporting role, rather than leading the charge. This means institutional leaders and grassroots activists on the left and the right must set aside disagreements on other issues and focus on what they agree on: that the system is rigged in favor of big money; that antiquated election laws block -- rather than foster -- competition and choice; and that reform must advance from the bottom up by changing state and local laws to unrig the system, much like the grassroots approaches used by same sex marriage and the suffragettes.

While this critique is logical, the most powerful and monied wing of progressive politics is watching a historically unpopular President and will again bet big on a wave election in the midterms. However, the rigged system makes this scenario highly unlikely, setting up Democrats for yet another round of disappointment. The website fivethirtyeight.com recently observed that the congressional map has a record-setting bias against Democrats. The Cook Political Report says with certainty that a Democratic majority is not in play in the U.S. Senate in 2018 -- despite Trump’s record unpopularity. The site points to gerrymandering as the reason it will be very difficult for Democrats to pick up the 24 seats they would need to win control of the U.S. House.

Democrats and their supporters have no choice but to continue to defend their incumbents, fight for open seats and attempt to capture new ground. But until there is a parallel and significant shift in resources towards efforts to unrig the system, their results on Election Day will continue to disappoint. And when they do invest, they must do it with an eye towards efforts that are capturing support from across the political spectrum -- not just the liberal base. Here’s the good news: efforts to unrig the system are already underway, and they are working.

And that’s just a partial list. 100 percent vote-by-mail, open primaries, and other reforms are also advancing. This much is clear: unrigging the system is a different animal than most other political issues and requires a different approach than most other issues. Until there’s a serious change of strategy -- a real willingness to work with non-progressives on the issues that matter to all of us -- we should expect efforts to unrig our political system to disappoint. If we want to get serious about reform, it’s time to move past partisanship and rigid political orthodoxy. Progressives cannot and will not prevail on their own.

Josh Silver is the CEO of Represent.Us, a national nonpartisan organization challenging the undue influence of big money special interests in American politics.