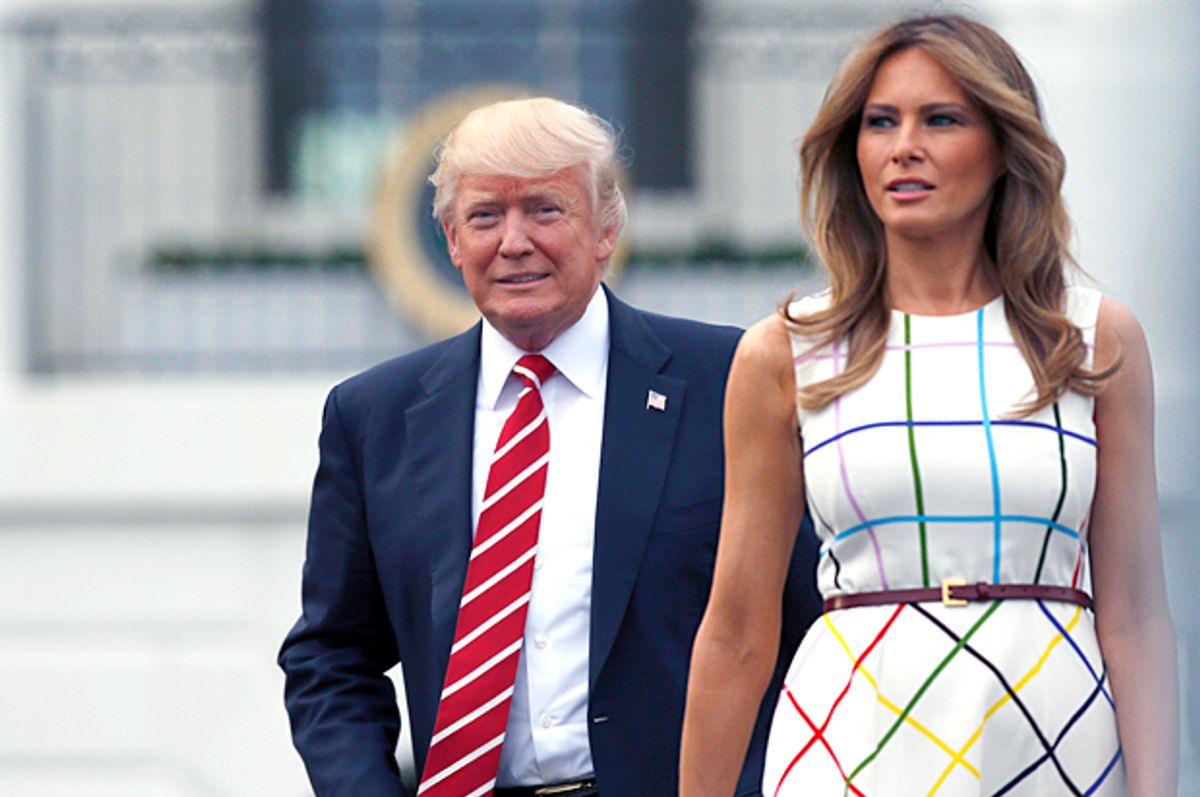 Some, however, were quick to point out that in the image accompanying the president's tweet, he stands next to his wife, First Lady Melania Trump, who is seen wearing an $2,255 dress manufactured in Italy and created by a Greek-born designer Mary Katrantzou, who is based in England.

This is par for the course for this White House. The president, who forwards an aggressive "America First" stance, sells and has sold a wide field of products manufactured outside of the U.S.

Twitter users made sure to bring up these facts. "Even Melania’s $2,000+ dress is made in Italy! How stupid do you think we are?" a user tweeted. "Donald Trump suits and ties are made in China," another wrote.

"Ivanka's products are also made in China. So, it seems this tweet doesn't really apply to the Trump family," Dani Bostick wrote in a series of tweets replying to to the president. "And, this #LaborDay, Trump is destroying the dreams of many immigrants who have lived here most of their lives and work very hard. #DACA"

"So, Trump can Happy Labor Day us all he wants w/ his faux patriotism. His words are hollow," she added.

This isn't the first time the first lady's fashion picks have drawn ire in recent days. Her style choices attracted criticism last week after photographs showed her boarding Air Force One in high heels as she and the president traveled to Texas in the wake of Hurricane Harvey. She emerged from the plane wearing sneakers upon arrival. The first lady did the same thing during the couple's second trip this weekend.