Black men need yoga, too: "We tend to wait until we hit the bottom floor to then pop up and save ourselves" 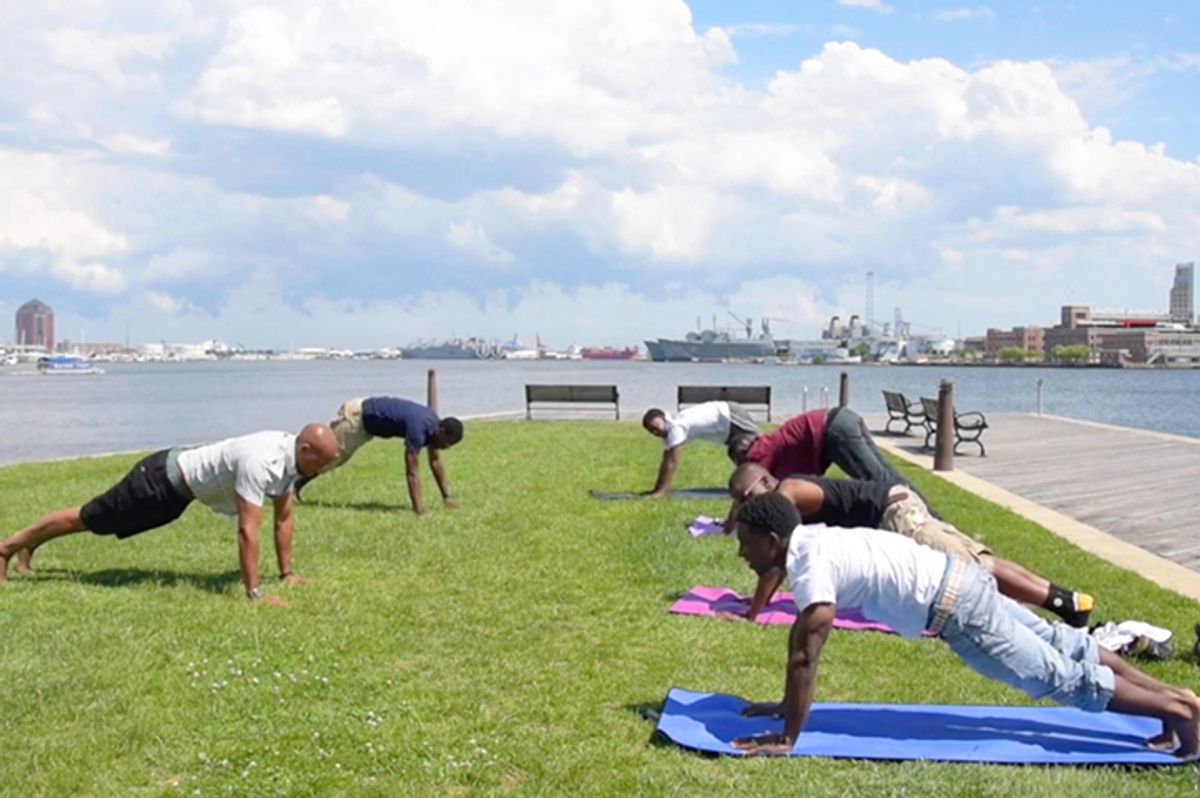 I had never heard of yoga until I heard Def Jam Recordings founder Russell Simmons talk about it in an interview. He made yoga sound like the best thing in the world, and you couldn’t argue with that, because he looked like he had started to age backwards. With his clear skin and healthy glow, the music mogul looked younger in his 50s then he had back in his 30s.

I was in my 20s at the time, but I had to try it. If yoga worked for Russell, it could work for me.

So I rolled into a yoga class located in a newly gentrified neighborhood, borrowed a mat from the front desk — I didn’t quite understand yoga culture yet and didn't have my own — and completed my class by perfectly failing every pose. It was harder than a P90X workout. Sadly, I never returned. But that may change — now that I’m aging, like Russell, and classes are all over every city now, I feel like I could gather up the confidence to give yoga another shot.

Changa Bell is here to make sure I jump back on that mat. I sat down with Bell at the Red Bull Amaphiko Academy in Baltimore, where some of nation's top up-and-coming social innovators gathered last month.

Bell is the founder of The Black Male Yoga Initiative, which provides training, information, workshops and retreats to help black men of all ages to become aware, engaged and empowered in mindfulness, meditation and yoga. He says one of his key challenges is engaging "the population I’m trying to serve."

"The black community doesn’t necessarily value yoga as a preventive health care measure," Bell told me. "We tend to wait until we hit the bottom floor to then pop up and save ourselves.”

Bell started practicing after having heart problems, and now he's working every day to make wellness the standard for black men.

Watch our full conversation for more about yoga, health and empowerment.