"Watch-gate" cheating scandal shows how far the this mythical rivalry has fallen. Time to let this saga go 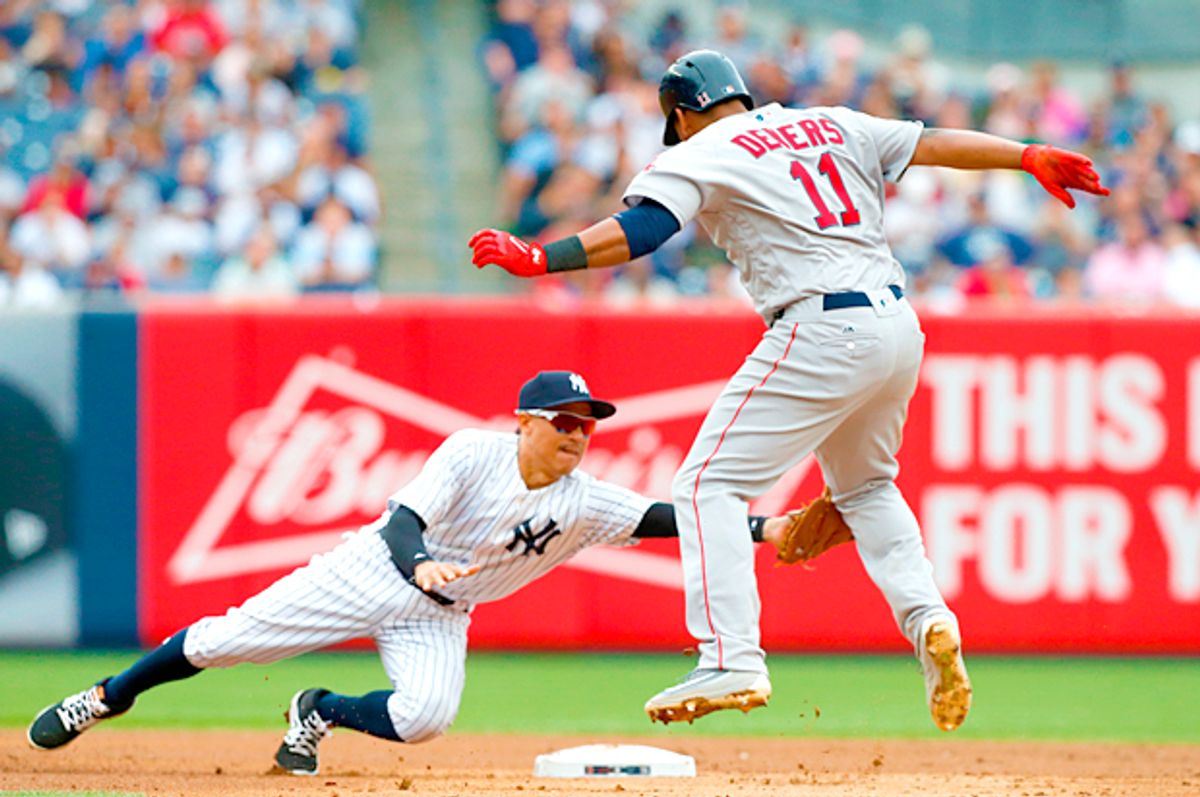 Ten years ago, the New York Yankees and the Boston Red Sox were arguably at the pinnacle of their rivalry. The two division rivals were both powerhouse teams at the top of the American League East. The Yankees were a perennial playoff team and World Series contender, while the Red Sox were three years removed from ending an 86-year-old curse — but, of course, if you had a friend who lived in a town where Dunkin' Donuts outnumbered churches, he or she would probably remind you of that fact.

After the rivalry reached its climax with the Sox's World Series win in 2004, the 19 games between them seemed less like a battle of enemies and more like a version of trench warfare. Regulation games have lasted four hours — 25 percent longer than the MLB's three-hour target.

And so, with the myth of the Yankees-Red Sox rivalry having essentially disappeared, there needs to be some reason to support a grudge match between two of the top-five teams in terms of ticket prices.

Enter "watch-gate." The Red Sox used an Apple Watch as part of a plot to steal signs from the Yankees. This is not only the first time that an Apple Watch has proved itself useful but also evidence that with this 21st century innovation, one of the oldest forms of cheating in baseball is evolving.

Stealing signs — that is, seeing what the catcher is telling the pitcher to throw, and then relaying that to the batter — is really helpful to a batter. The practice has also been going on since at least the 1950s, when the then-New York Giants "used a telescope from center field to read signs from opposing catchers," according to Sports Illustrated. There's an even lower-tech way to steal signs: Have a man on second base who's literally staring at the catcher.

But that's only part of the long tradition of cheating in baseball. There's scuffing a baseball — spitting or putting a foreign substance on it. Batters can alter their bats to hit better. And, in the more egregious examples, a runner could try to physically dislodge a baseball from a fielder attempting to tag him or scream out to confuse a player fielding a ball.

A sequel is never as good as the first story. After all, when the enemy is vanquished, what does it say when a new enemy comes and that one is then vanquished? Does it mean that the first enemy wasn't that much of a foe to begin with? And what is one supposed to do with myths when the myth is over?

In other words, this Yankees-Red Sox saga is really scraping the bottom of the barrel here.