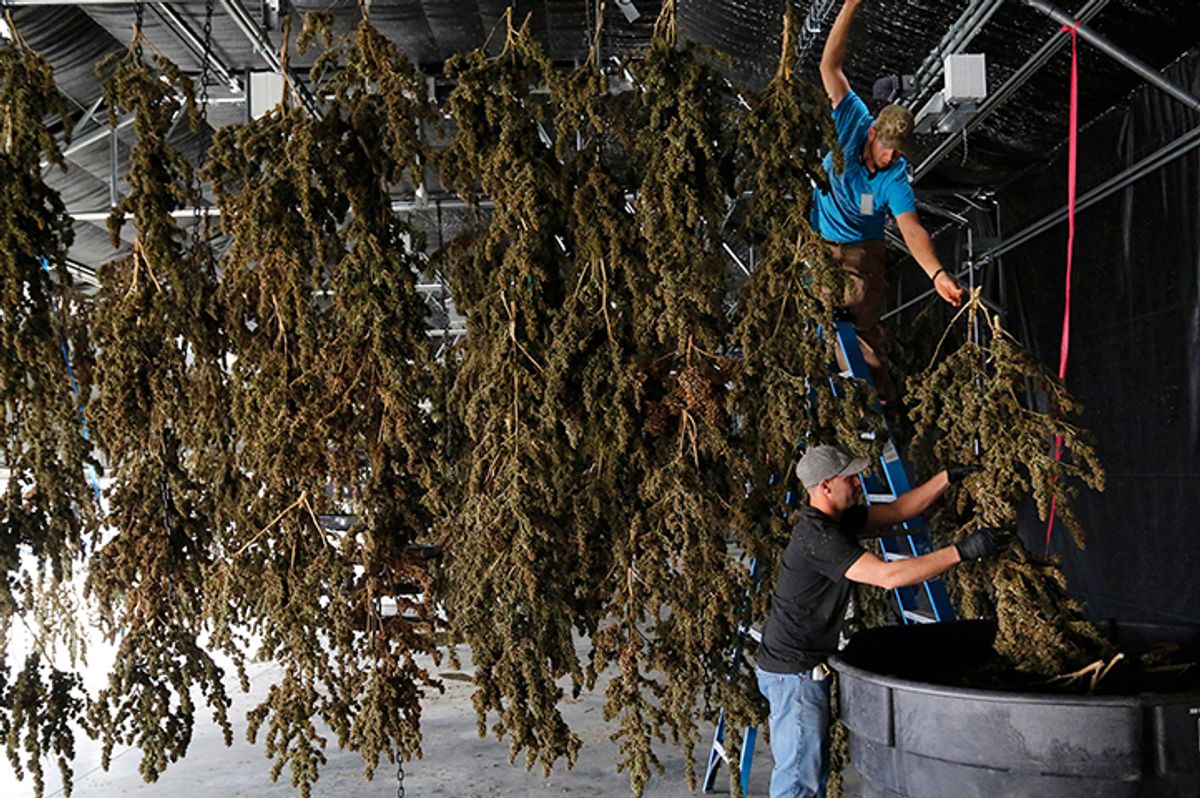 As recreational marijuana expands on both coasts of the United States, one major barrier for the profitable industry is banks. Legal dispensaries can't get bank accounts, and as cannabis lawyer Mitchell Kulick explains: "it's a real challenge to the industry."

Kulick, who is a partner at the New York City law firm Feuerstein Kulick LLP, spoke to Salon's Amanda Marcotte on "Salon Talks" about why banks won't participate in the cannabis industry and how this stance could actually lead to danger.

On why legal dispensaries can't get bank accounts:

The banking laws in the United States are federal banking laws . . . and these banks have a lot to protect, and for them to risk being involved, you have to understand marijuana is still illegal on a federal level, so for them to risk their licensure and their charter to participate in this synergy, which is by all accounts a big industry but by a bank account, it's a small industry. It's a big risk for a small reward for a bank.

On the potential dangers of not being able to secure money in banks:

If somebody's going to be coming out of a dispensary with a lot of money and someone's going to look to rob them and maybe somebody gets hurt in that process—someone unintentionally, like a kid walking down the street who gets hit by a stray bullet. I'm sorry to be so hyperbolic about it, but I believe that it's going to take something like that for the United States to finally say "this is silly. This is legal in this state, these people are certified, licensed, paying taxes; they should be able to put their money in a bank." Unfortunately in our country, a lot of times you need to have some sort of tragedy or travesty for people to say this doesn't make sense.

Watch the video above for more on how federal banking laws have affected Kulick's clients, and watch the full "Salon Talks" here.