Amazon's "One Mississippi" exudes calm confidence in its second season

In its second season, the Amazon half-hour puts down roots as Tig figures out how to go home again 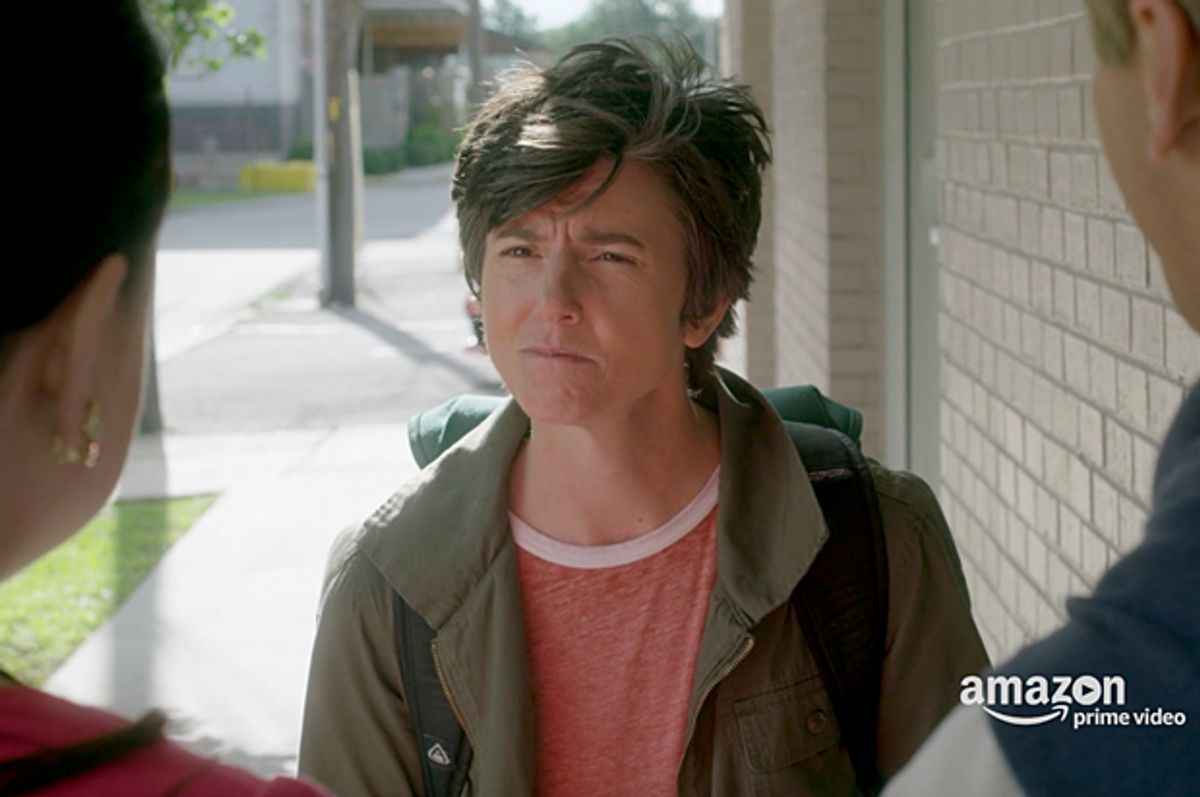 Tig Notaro as Tig in "One Mississippi" (Amazon Studios)
--

Tig Notaro, like her Amazon series “One Mississippi,” knows exactly who she is. She isn’t brash, bold or demanding of attention in the way of other comedians. Notaro’s tranquil self-assuredness manifests in her secure comedic delivery, and that has a commanding nature to it. This is also present in the excellent new season of her Amazon series, a bright sparkle available to Prime subscribers this Friday.

The delight and frustration of “One Mississippi” are one and the same, in that it runs swiftly and with meaning through a seasonal arc that launches and sticks its landing within six episodes. The way Notaro, co-creator Diablo Cody and the show’s writers spin these stories, six episodes is enough. The fact that it leaves a viewer wanting more is a compliment.

“One Mississippi” resumes Tig’s journey to re-settle in her small Mississippi hometown of Bayou Saint Lucille, where she’s relaunching her career as a radio host who mixes confessional storytelling with music geared to bridge her personal experience with universal feeling. In season one, the half-hour series establishes Bayou Saint Lucille as a welcoming town where Tig finds such comfort in the wake of her mother’s death that she decides to abandon a moribund career in Los Angeles to move back.

In launching the series last year, Amazon characterized “One Mississippi” as a “traumedy,” which was more accurate back then than it is today. In the course of her family’s mourning, grim secrets about Tig’s childhood emerge, and those continue to shadow the action in these new episodes. But the show’s writers are careful to make that darkness a thread in Tig’s life as opposed to the show's defining quality. In that way, the first season storyline allows Tig to rest into processing the array of tragedies that informed her life, helping her to consider the ways that they may add up to more than just details in the memory.

Season two dives into this idea a bit more, while allowing Tig to step out of the closed borders of her life by bringing a few disparate personalities into her world and still treating all of its characters with dignity and benevolence, even when they exhibit vexing behavior.

Largely absent in those first episodes are incidents where Tig is made to contend with outward prejudice and other unpleasant truths that are part of life for a lesbian living in a conservative Southern town. But Season two takes us there — no doubt out of necessity, given our political climate — as Tig deals with bigotry in unexpected contexts. These confrontations aren’t lingered upon, nor do they noticeably impact the season’s narrative. Like everything else, they’re merely addressed as the sort of speedbumps everyone has to deal with, only these are specific to Tig’s situation. And the writers utilize those moments to spotlight her agile wit and generous patience, for Tig is a woman who simply doesn’t have the energy to feel stung by homophobic insult. Why bother, when confounding the perpetrators with their absurdity is far more amusing?

Even in these instances “One Mississippi” is never damning or unkind, although its delivery is appropriately jarring whenever events necessitate such definitive energy. Instead, this is a series that prefers to coax viewers into a world profoundly influenced by Notaro’s biography. Thus it resists making clowns out of characters whose belief systems run counter to those that govern the lives of Tig and her loved ones, whether that person is a strident fundamentalist Christian or fellow lesbian attracted to power and appearances.

Rather, these six new episodes invite us to ponder the simply bravery inherent to claiming one’s identity while honoring everyone else’s singularity. And in some corners that creates unexpected laughter and moving enlightenment, particularly in this season’s expansion of Tig’s loving and excessively fastidious stepfather Bill (John Rothman). Set against Tig and her laid-back brother Remy (Noah Harpster), Bill’s crisp insistence on organization and structure is comically abrasive in the first season. But a storyline in this sophomore round warms and softens Bill without sacrificing any of his tightness, which is a feat in itself. Notaro and the writers imbue every person with such grace, but Bill’s evolution is so exceptional that his subplot nearly steals the season.

But the main parable of self-knowledge plays out with subtlety in Tig’s working relationship with her producer Kate (portrayed by Stephanie Allynne), who connects with Tig’s on-air talent in a way that’s fairly predictable — Allynne is Notaro’s spouse — but earns its development with sensitivity and natural sweetness. Such is the charm of a show that grows more confident with each new outing but never loses its sense of heart.