JetBlue, Delta emerge as the airline heroes of Hurricane Irma 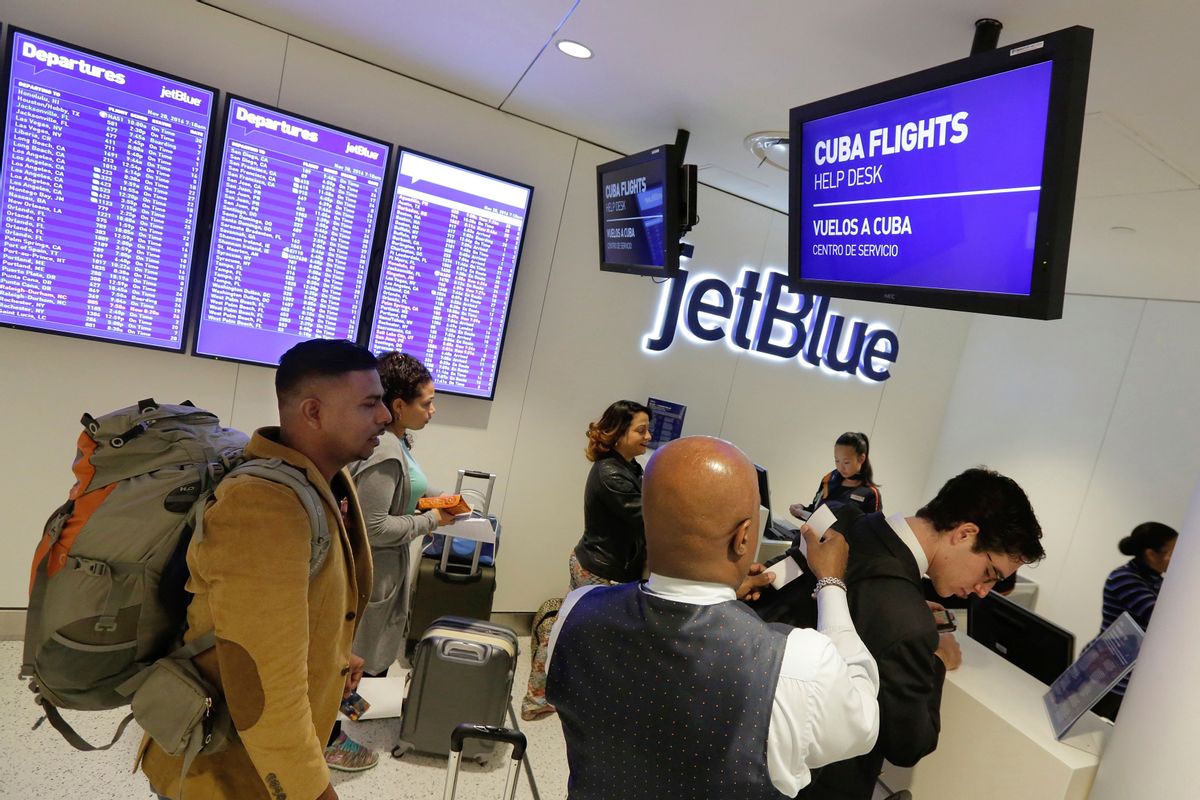 After all of the negative headlines this past year, the airline industry may be affording some good will this week as Hurricane Irma barrels down on U.S. mainland.

To accommodate potential victims of the storm's impact, airlines such as JetBlue and Delta are offering discount fares for people trying to escape. JetBlue confirmed Wednesday that is was price capping available seats out of Florida for just $99. Delta said on Wednesday that it too was capping airfares for regions affected by the hurricane. Delta is also adding additional flights to and from San Juan, Miami, Palm Beach, Fort Lauderdale and Key West, according to MarketWatch.

“We want those trying to leave ahead of the hurricane to focus on their safe evacuation rather than worry about the cost of flights,” JetBlue spokesman Doug McGraw told Reuters.

Some airlines, including Delta, had been accused of price gouging ahead of Hurricane Irma's landfall. One Twitter user pointed out that there were increased ticket prices out of Miami. But a Delta spokesperson told MarketWatch that the Twitter user was relying on a third-party travel site which used dynamic pricing.

"As the storm approached we actually reduced the price level of our highest fares to and from cities in its projected path," a spokesperson told MarketWatch.

Meanwhile, Delta carried out a daring escape out of San Juan Wednesday that caught the eye of air travel research Jason Rabinowitz.

Rabinowitz credited Delta's advanced meteorology team, which ensured that the plane would avoid the most lethal parts of the storm.

United Airlines, of course, appeared to face the brunt of the price gouging allegations, as consumers cited exorbitant rates out of Miami. United said in a statement that it was taking steps to reduce the fares. But not all news for the carrier was bad Thursday. The U.S. has decided not to punish United Airlines for physically dragging a passenger off a crowded plane in April. A letter from May, just revealed to the public, confirmed that the Transportation Department found that United did not violate the passenger's civil rights.