Bernie Sanders responds to Hillary Clinton's book criticisms: "But our job now is really not to go backwards. It is to go forward"

Sanders says it's time to stop looking at the past 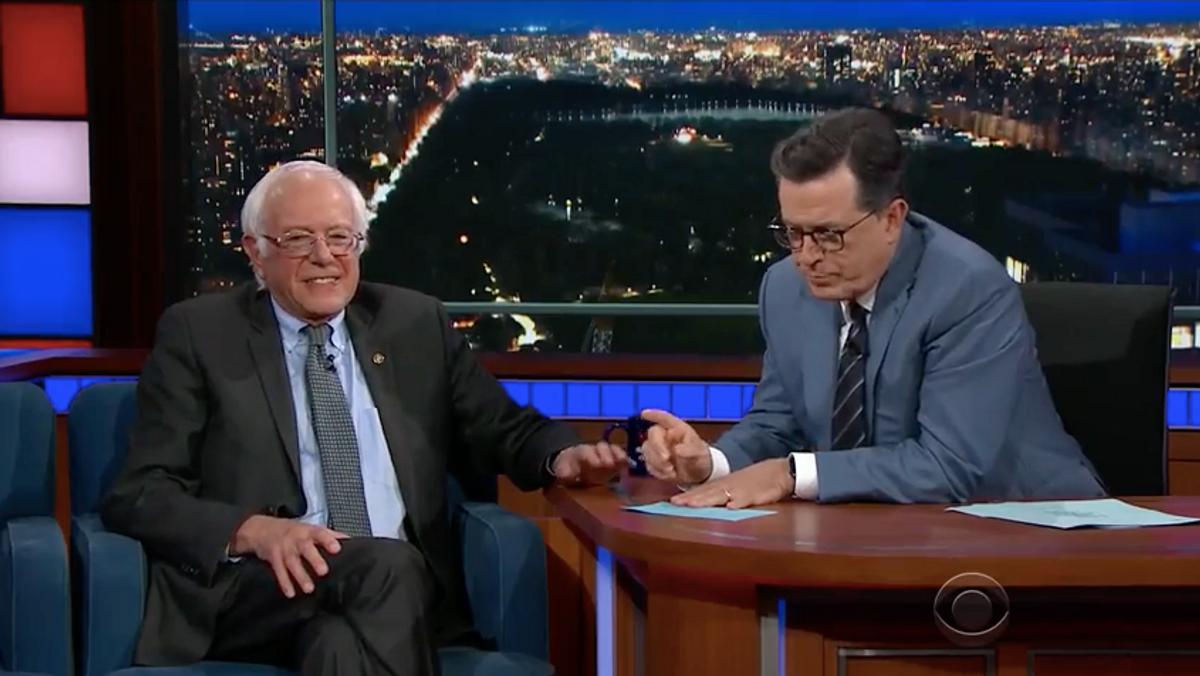 America's most popular politician, Sen. Bernie Sanders, I-Vt., appeared on Stephen Colbert's "Late Show" Thursday night where he was asked to respond to leaked excerpts from Hillary Clinton's new book in which she blamed the senator for causing "lasting damage making it harder to unify progressives," as well as accused him of joining the presidential race to "to disrupt the Democratic Party."

Instead of firing back at Clinton, the longest reigning Independent senator in U.S. history, explained that he didn't divide progressives at all. "Actually, the case is that the progressive movement today, and grassroots activism, is stronger than it has been in many, many years," Sanders told Colbert.

"As a result of our campaign, millions of young people began to vote for the first time, became engaged in the political process . . . we have got to stand together against [President Donald] Trump's efforts to divide us up, take on the billionaire class and make that political revolution so that we have a government that works for all of us, not just the one percent," Sanders explained.

Colbert sarcastically pointed out that those were the exact attacks Clinton was talking about.

"But I understand," Sanders continued. "Look, Secretary Clinton ran against the most unpopular candidate in the history of this country and she lost and was upset about that and I understand that," he said. "But our job now is really not to go backwards. It is to go forward. It is to create the kind of nation we know we can become. We have enormous problems facing us and I think it's a little bit silly to keep talking about 2016."

Colbert pointed out another common criticism from Clinton which was that Sanders had made "pony" promises, and wouldn't be able to deliver on them when people expected him to.

"I said that in America, we should join every other industrialized country and guarantee health care to all people as a right, and there is now growing sentiment for that effort," Sanders explained. "So that's not a pipe dream."

Sanders then pointed out his plan to raise the minimum wag to $15 an hour, because it's currently a "starvation wage." He added that he now has 31 co-sponsors in the Senate to enact that legislation.

Clinton will be a guest on the "Late Show" on Tuesday, September 19 to promote her new book. The late-night comedian asked Sanders what he thought he should ask her when she comes on.

"I think the response is we have got to think going forward," Sanders replied. "And I would like her to join us in a fight for 15 [dollar minimum wage], in a Medicare-for-all single payer system, in taking on the fossil fuel industry so that we transform our energy system away from fossil fuel and move to energy efficient and sustainable energy."